Fuel your foray into dark criminal underworlds with C.B. Strike: Lethal White, a HBO Original series based on the detective novels by J.K. Rowling that chronicles baffling cases confronting a London-based war-veteran-turned-private detective and The Rook, a tale of conspiracy within Britain’s secret (supernatural) service. 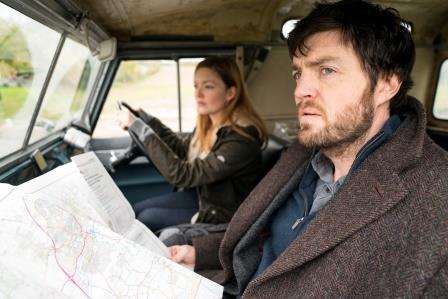 Set in London, this series centres on a young woman who wakes in a park with total amnesia and surrounded by dead bodies. To resume her position at the head of Britain’s most secret (supernatural) service, she must fight to uncover her past before the traitors who stole her memory can finish what they started. Stars Emma Greenwell and Olivia Munn.

You don’t have to step far back in time to reminisce. The Emmy® winning HBO drama series Euphoria returns with the second set of the two-episode special, F*ck Anyone Who’s Not A Seablob, where Jules looks back on the year with a sense of inner reflection. Similarly, Tiger is a HBO two-part documentary on golf icon Tiger Woods, chronicling his dramatic rise to fame, descent and comeback.

Going farther back, a young man fondly reminisces about his incorrigible uncle, a travelling salesman in Tora-San, Wish You Were Here, and 1917 takes you further down memory lane with a tale of comradeship between two solders on an impossibly-difficult mission during World War I.

Premieres Monday, 11 January at 10am on HBO GO and HBO (Astro Ch 411 HD). Part two premieres on the following Monday.

This HBO two-part documentary offers a revealing look at the rise, fall, and epic comeback of golf icon Tiger Woods. It paints an intimate picture of the prodigy whose dedication and obsession with the game of golf not only took his fame and success to new heights, but also down a dark, spiralling road that eventually led to a legendary sports comeback, culminating in his victory at the 2019 Masters.

Euphoria: F*ck Anyone Who’s Not A Seablob

In the second of two special episodes of the Emmy® winning HBO drama series Euphoria, we follow Jules over the Christmas holiday as she reflects on the year. Written and directed by series creator Sam Levinson, this episode stars Hunter Schafer.

Tora-San, Wish You Were Here

Premieres Friday, 1 January at 10pm on Red by HBO via HBO GO

Acclaimed Japanese director Yamada Yoji returns with the 50th film in this series, restored in 4K resolution, about travelling salesman Tora-san. Revolving around Tora-san’s nephew Mitsuo and his memories of his incorrigible uncle, the story opens with Mitsuo meeting his first love, Izumi, and unfolds with nostalgic scenes in the Kurumaya sweets shop.

Two young British soldiers are given a seemingly impossible mission during World War I, racing against time to cross enemy territory and deliver a message that will stop a deadly attack on hundreds of soldiers – Blake’s own brother among them. Stars George MacKay and Dean-Charles Chapman, Mark Strong, Andrew Scott, Richard Madden, Colin Firth, and Benedict Cumberbatch.

Big Personalities with a Bigger Heart

Every family has its own drama, and Total Dramarama is the perfect example! The series introduces the Total Drama Island cast as 4-year-olds, giving insights into their developing personalities and demonstrating that these kids seem older than their age. Winner of the Best Children’s Program at the recent 2020 Asian Academy Awards, Lamput continues to capture the heart of young viewers with his escapades. In a brand-new series, the timeless appeal of Lewis Caroll’s imaginary world comes to life in Alice and Lewis, celebrating beautiful friendships amidst fabulous adventures.

Premieres Saturday, 23 January at 9am on Cartoon Network (Astro Ch 615 HD / 635), with new episodes airing every weekend. Catch Up on previous seasons on HBO GO

See how the Total Drama Island cast members develop from four-year-olds into dramatic children with fully-formed teen personalities! Each episode is packed with cutaways, visual jokes and confessionals that prove these kids are not as naïve as their age suggests.

Lamput is a gooey orange substance that escaped from a secret laboratory. Two scientists, Specs Doc and Skinny Doc, are trying their best to catch him. But Lamput, always a master of disguise, escapes right under their noses!

This brand-new animated series follows the adventures of Alice and her best rabbit friend Lewis as they travel through Wonderland. Despite an angry and whimsical Queen who is quick to reprimand anyone who steps out of line, Alice and Lewis travel through the land on fabulous and exciting adventures.

Ambition can sometimes lead to downfall, as a young woman discovers in Miss Ripley, when she manipulates two young men in her bid to rise to the top, while an abandoned and pregnant woman must overcome her broken heart and find her inner strength in You Are So Pretty.

Loosely based on true story, a woman lies her way to become an assistant art professor at Dongguk University and chief curator at Sungkok Art Museum. The series follows Jang Mi Ri, whose troubled past, greed and manipulation of two men who love her, eventually leads to her downfall. Stars Lee Da Hae, Park Yoo Chun, Kim Seung Woo and Kang Hye Jung.

You Are So Pretty

Bright and positive Yu-Rang meets her first love Chi-Young at a resort in Jeju Island. They part ways, with Chi -Young returning to Seoul. When Yu-Rang, now pregnant, seeks him out, she learns that he is already married and must now overcome a broken heart and betrayal to succeed in life. Stars Yoon Se Ah, Hyun Woo Sung, Kim Tae Hoon and Park Tam Hee.

Download the HBO GO app now at App Store or Play Store and get a 7-day free trial. Access HBO GO via Astro or at https://www.hbogoasia.com/. HBO GO is now available on Android TV, Apple TV, LG TV and Samsung Smart TV – and comes with AirPlay and Google Cast functionality

Review Filem: All Quiet on the Western Front (2022)