Premiering across WarnerMedia’s channels and app this May are movies and series starring leading ladies like Meryl Sterrp, Candice Bergen, Dianne Wiest, Uzo Aduba and Ruth Wilson, and manly men including Scott Eastwood, Dave Bautista, Olando Bloom and Andrew Scott, as well as lovable characters such as Scooby-Doo, Ben 10 and Grizzy and the Lemmings. There’s also more from the DC extended Universe this May including the brand-new season of DC’s Legends Of Tomorrow and all seasons of Arrow and Swamp Thing.

When the Going Gets Tough

This month, catch brand-new HBO and HBO Max Original premieres that take viewers on an emotional rollercoaster ride on HBO GO and HBO (Astro Ch 411 HD). Begin the journey with the HBO Max Original Film, Let Them All Talk, starring Meryl Streep which adopts a more personal look at the childhood friendships of novelist Alice Hughes and her two oldest friends while they are on a long voyage. The HBO Original Series In Treatment returns for a fourth season, where Uzo Aduba plays a therapist who has to delicately balance between empathy and professional detachment to help her patients navigate a wide range of issues.

His Dark Materials co-stars Ruth Wilson and Andrew Scott come together again in a new HBO Original Film, Oslo, which depicts the negotiations that resulted in the 1993 Oslo Peace Accords, while The Outpost features the harsh reality of soldiers involved at the frontlines of the Battle of Kamdesh, one of the bloodiest American engagements during the Afghan war. On a lighter note, My Spy shows that even hardened military men are not immune to the cute and spunky charms of a 9-year-old girl under his protection.

Let Them All Talk

Novelist Alice Hughes and her two oldest friends, Roberta and Susan, embark on a momentous journey in this HBO MAX Original Film. While aboard an ocean liner to England, where Alice is due to accept a prestigious literary award, she attempts to restore the bond she once had with her college mates. As the women reminisce and air old grievances with banter and bite, Alice harbours serious doubts about her much-anticipated next manuscript – and keeps the particulars of her personal life close to the chest. Stars Meryl Streep, Candice Bergen and Dianne Wiest.

Premieres Monday, 24 May at 10pm on HBO GO and HBO (Astro Ch 411 HD). New episodes premiere every Monday and Tuesday at the same time

This Emmy®-winning drama series returns for its fourth season, as the observant and empathetic therapist, Dr Brooke Taylor, works with a diverse trio of patients who need her help to navigate a variety of modern concerns such as the global pandemic and major social and cultural shifts. Meanwhile, Brooke has her own complications to deal with in her own personal life. Stars Uzo Aduba.

Based on a true story, this HBO Original Film chronicles the story of negotiations between implacable Enemies, from the secret back-channel talks to the unlikely friendships and quiet heroics of a small but committed group of Israelis, Palestinians and one Norwegian couple that led to the 1993 Oslo Peace Accords. Stars Ruth Wilson and Andrew Scott.

Based on true events, this military thriller chronicles the experience of Bravo Troop 3-61 CAV, a small unit of U.S. soldiers, at the remote Combat Outpost Keating. Deep in the valley of three mountains in Afghanistan, they battle to defend against an overwhelming force of Taliban fighters. It would come to be known as the Battle of Kamdesh, the bloodiest American engagement of the Afghan War in 2009. Stars Scott Eastwood, Caleb Landry Jones and Orlando Bloom.

JJ, a former Special Ops soldier has a hard time transferring his skills to his new role at the CIA. After botching a mission, he is assigned on an undercover job and ends up befriending widowed ER nurse Kate and her lonely nine-year-old daughter, Sophie. Star Dave Bautista, Parisa Fitz-Henley and Ken Jeong.

The unforgettable Scooby-Doo gets his first full-length animated adventure in Scoob!, revealing his origins and the greatest mystery faced by Mystery Inc, while alien-busting Ben meets a young Generator Rex on the run from a hostile Providence in the hour-long special Ben 10: Ben Gen 10 in his effort to save the world from being infected with alien DNA. Meanwhile, brand-new series Grizzy and the Lemmings premieres, kicking off an around-the-world adventure!

Ever wondered how Scooby-Doo met and became best buds with Shaggy? Find out in Scooby’s first animated feature, which also reveals how they joined young detectives Fred, Velma and Daphne to form the famous Mystery Inc. Now, with hundreds of cases solved and adventures shared, Scooby and the gang face their biggest, most challenging mystery ever: a plot to unleash the ghost dog Cerberus upon the world. As they race to stop this global “dogpocalypse,” the gang discovers that Scooby has a secret legacy and an epic destiny greater than anyone imagined. Stars Will Forte, Mark Wahlberg and Jason Isaacs.

Grizzy And The Lemmings

What happens when your home gets washed away? You go with the flow! Grizzy and the Lemmings begin an around-the-world adventure when entire stock of fireworks unexpectedly goes off, forcing their home into the middle of the river. Trapped inside, Grizzy and the Lemmings are determined not to abandon their home, even though it is drifting into unknown lands. What happens next? Watch to find out. 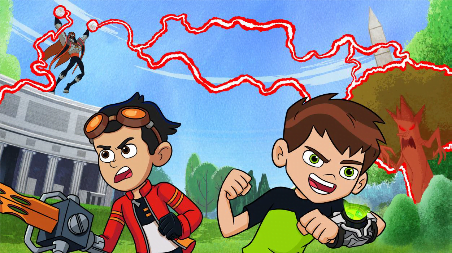 Based on the hit Cartoon Network series, Ben 10: Ben Gen 10 follows Ben on a brand-new set of adventures, which includes meeting a young Generator Rex who is on the run from a hostile Providence. Together they have to work through a series of misunderstandings in order to save the world from being infected with alien DNA.

For those who prefer K-drama, Here’s My Plan is a tale of revenge and, hopefully, redemption. Catch it within 24-hours of Korea’s premiere on Oh!K. 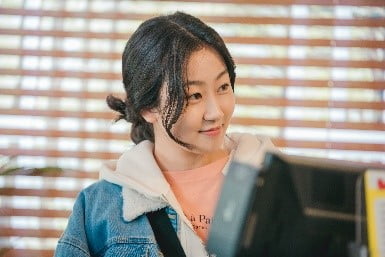 Premieres within 24 hours of Korea from Thursday, 20 May at 7.40pm on Oh!K (Astro Ch 394). New episodes premiere every subsequent Thursdays and Fridays

Lee So Hyun is a young woman who thinks she has lived an unfortunate life and dreams of revenge on those people who made her life unhappy. After dropping out of high school, she resorts to pickpocketing to support herself and encounters Lee Jae Young, who runs a small chicken restaurant. In contrast to the people she despises, he is warm-hearted and he often helps people in bad situations. Stars Ryu Soo Young, Kim Hwan Hee and Lee Young Jin.

DC’s Legends of Tomorrow returns with its sixth season, with familiar faces battling time-travelling threats while dealing with historical figures. Meanwhile, two DC fan favourites premiere on HBO GO for the first time. Binge watch all seasons of Arrow and Swamp Thing from 1 May. 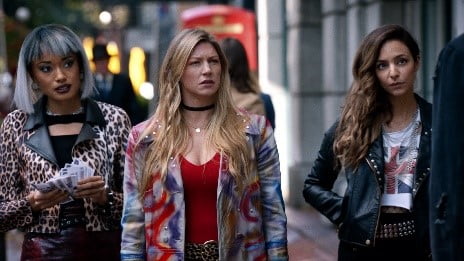 Premieres same day as the U.S every Monday from 3 May, at 9pm on Warner TV (Astro Ch 712 HD / UnifiTV Ch 451). New episodes premiere every Monday at the same time

When heroes alone are not enough… the world needs legends. Setting history back on track, the Legends set out to save the world – and their legacy. This time, it’s the familiar fun of the Legends time-travelling across historical events and encountering famous figures with an added shot of magical craziness. Stars Caity Lotz, Maisie Richardson-Sellers and Tala Ashe.

Streaming on HBO GO from Saturday, 1 May

Oliver Queen aka Green Arrow embarks on his most dangerous mission yet – to protect the multiverse against the supremely powerful entity known as The Monitor, even if it may cost his life. Even as he returns to his friends in Starling City, he must decipher The Monitor’s plans and confront the reality and purpose of his existence as the Green Arrow. Stars Stephen Amell, David Ramsey and Emily Bett Rickards.

Streaming on HBO GO from Saturday, 1 May

The small town of Marais, Louisiana, is stricken by a mysterious illness, prompting a visit from CDC investigator and former Marais native, Abby Arcane. At the hospital, she encounters biologist Alec Holland who believes the bizarre illness might be connected to his scientific work in the swamp for powerful businessman Avery Sunderland. When Alec goes missing after investigating the unnatural experiments deep in the swamp, something else rises in his place, a mysterious creature born of the depths of the swamp’s mystical and terrifying secrets. Stars Crystal Reed, Andy Bean, Will Patton and Virginia Madsen.

Your New On Netflix May

The Best Action and Trilling Entertainment on HBO GO, HBO and Cartoon Network This December

The Making of a Live-Action Anime: 9 Fun Facts from Behind the Scenes of Cowboy Bebop

8 Shows Where Asian Leads Are In the Spotlight