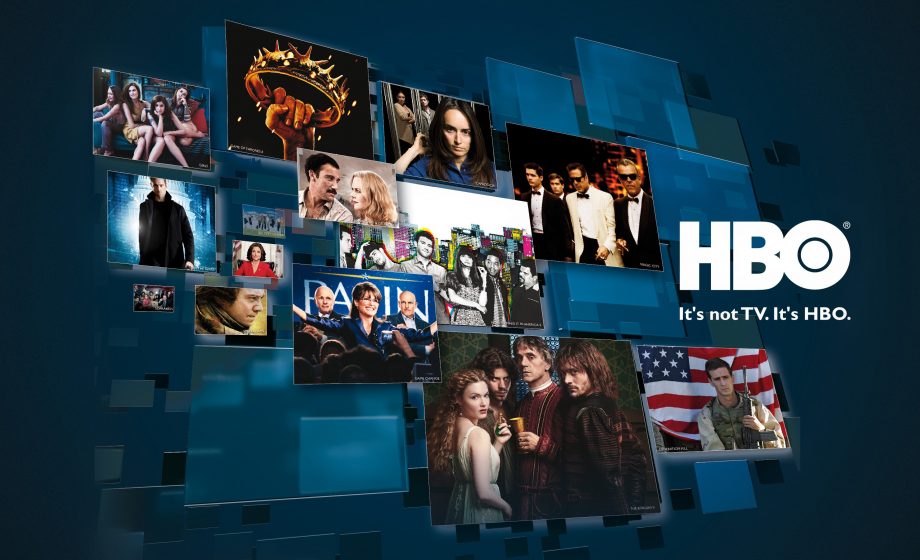 With great internet connectivity, comes endless possibilities – buckle up as new adventures await this August! From the comfort of your home to wherever you roam, venture on an exhilarating journey this month with WarnerMedia.

Go on various adventures with HBO GO and HBO (Astro Ch 411 HD)! A scary adventure awaits as Bill Skarsgård reprises his role as Pennywise the shape-shifting clown in IT: Chapter 2. The anticipated sequel to IT, based off Stephen King’s novel, premieres Saturday, 8 August at 10pm. Embark on an epic quest to reunite the magical creature with his family in the animated film Abominable on Saturday, 15 August at 9pm.

Along the way, look out for two brand-new series from HBO Asia and HBO Originals debuting this August too. A mind-bending experience through the dreamscapes of others awaits in the HBO Asia Original sci-fi crime series Dream Raider on Sunday, 16 August at 9pm on HBO GO and HBO. Keep watch for monsters as you travel through 1950s Jim Crow America in the HBO Original series Lovecraft Country from Academy Award® winner Jordan Peele and Emmy Award® winner J.J. Abrams on Monday, 17 August at 9am on HBO GO.

Adrenaline junkies can also rejoice with the Weekend Warriors stunt, occurring every Sunday at 9pm on Warner TV (Astro Ch 712 HD / UnifiTV Ch 451). From 2 August, battle Mother Nature and get caught up in the premiere of Geostorm, go on a virtual reality adventure in search of a fortune in Ready Player One, and help save the world from giant apes in Kong: Skull Island and Rampage.

It’s a cat-and-mouse chase on Boomerang (UnifiTV Ch 555) this August!  Look out for Tom and Jerry, the iconic cat and mouse rivals in the Tom and Jerry Takeover, beginning weekends from 1 August at 5.30pm, and subsequently on weekdays from 3 August at 12,30pm, 5.30pm, 8.30pm time slots. Cat lovers can also look forward to International Cat Day with back-to-back new episodes of Tom and Jerry and Talking Tom Heroes in Caturdays, weekends at 12.30pm to 1.30pm on Boomerang from 8 August.

Korean drama fans can also expect a variety of genres from sci-fi to romance on Oh!K (Astro Ch 394) this month. Examine the unanticipated benefits and consequences of new technologies in attaining a perfect society in SF8, premiering Saturday, 15 August at 8pm, and navigate life and love triangles in When I Was The Most Beautiful, premiering Thursday, 20 August at 7.40pm. 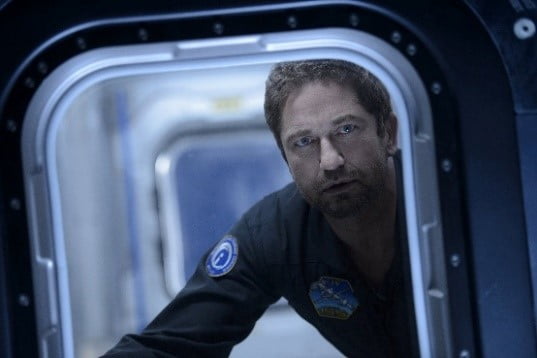 What if, in the wake of more than a decade of devastating weather events, we finally found a way to control Mother Nature and the destruction her tirades entail? When catastrophic climate change endangers Earth’s very survival, world governments unite and create Project Dutch Boy: a global net of satellites surrounding Earth that are armed with geo-engineering technologies designed to stave off the natural disasters. After successfully protecting the planet for two years, something is starting to go wrong. Two estranged brothers are tasked with solving the program’s malfunction before a worldwide Geostorm can engulf the planet. Stars Gerard Butler, Jim Sturgess. 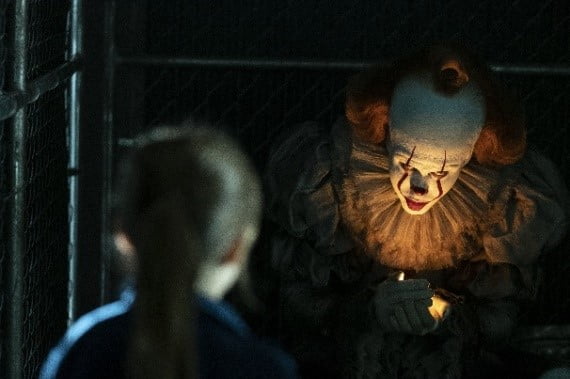 Based on the Stephen King novel, the members of the Losers Club are now reunited in Derry after 27 years and must each conquer their deepest fears to destroy Pennywise the shape-shifting clown once and for all. A follow-up to the critically acclaimed and massive worldwide box office hit IT – Bill Skarsgård returns in the seminal role of Pennywise, with James McAvoy, Jessica Chastain, Bill Hader, Isaiah Mustafa, Jay Ryan and James Ransone portraying the adult characters of the Losers Club. 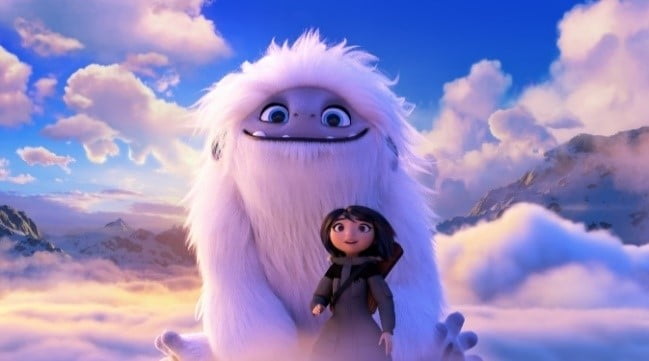 When a teenager encounters a young Yeti on the roof of her apartment building, she and her friends name him “Everest”, and helps to reunite the magical creature with his family at the highest point on Earth. Their journey takes them on a 2,000-mile adventure from the streets of a Chinese city to the breath-taking Himalayan snowscapes. Hailed by The New York Times as “an exceptionally watchable and amiable animated tale”, the film topped the box office during its opening weekend. 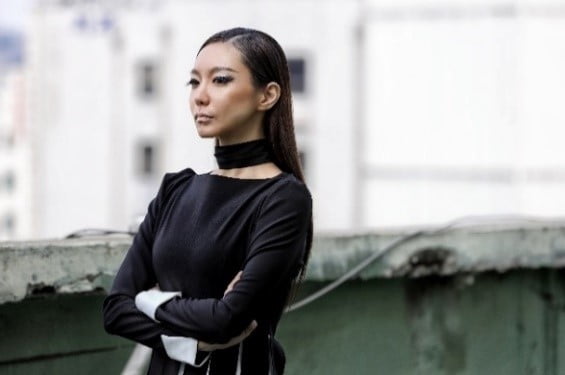 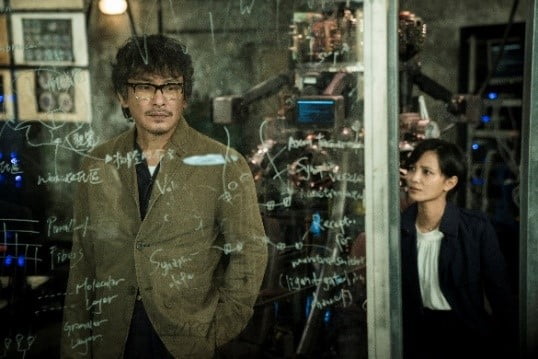 Set in the near future, the brand-new HBO Asia Original series, Dream Raider, features a misfit team of scientists and cops that are trying to get to the bottom of a criminal conspiracy that exploits human consciousness. The series opens with detectives investigating a case of missing girls and uncovers a mysterious cutting-edge technology that enables them to enter the dreamscapes of others in search of the truth. Stars Vivian Hsu, David Wang, Jason Wang, Weber Yang and Ellen Wu. 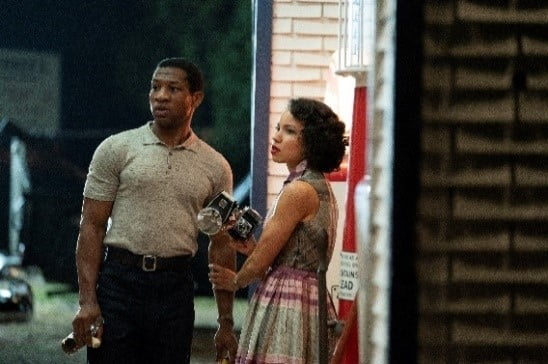 Executive produced by the Academy Award® winner Jordan Peele and Emmy Award® winner J.J. Abrams, and based on the novel by Matt Ruff, the HBO Original series follows Atticus Freeman as he embarks with his friend Letitia and his Uncle George on a road trip across 1950s Jim Crow America in search of his missing father. This begins a struggle to survive and overcome both the racist terrors of white America and the terrifying monsters that could be ripped from a Lovecraft paperback. The series stars Jonathan Majors, Jurnee Smollett, Aunjanue Ellis, Abbey Lee, Jada Harris, Wunmi Mosaku, Michael Kenneth Williams and Courtney B. Vance.

When I Was The Most Beautiful

Oh Ye Ji is a ceramic artist who dreams of finding ordinary happiness. She gets caught in a love triangle with two brothers: Seo Hwan, an architectural designer who falls in love with her at first sight, and Seo Jin a race driver who meets Ye Ji for the first time at his father’s workshop and instinctually feels attracted to her. Meanwhile, Seo Hwan’s feelings put him at odds with his brother, while Seo Jin’s ex-girlfriend is unable to get over him even after they broke up. The series stars Ha Seok-Jin (Crash Landing on You, Legendary Witches), Lim Soo-Hyang (My ID is Gangnam Beauty), Ji Soo (Scarlet Heart, Weightlifting Fairy Kim Bok-Joo), Hwang Seung-Un (XX).

Other new premiering titles on Warner TV and Oh!K