K-dramas are great at captivating audiences with their one-of-a-kind love stories, unbelievably romantic moments, and let’s not forget the second lead characters that almost always steal the spotlight! But let’s be real, there are times where we crave something different such as adrenaline-pumping shows that are action-packed and filled with monsters.

If you’re looking for a show of the latter genre, we’ve got you covered. We have 5 types of Korean monsters here on Netflix that are ready to shake the very ground you stand on. From zombies to soul-eating monsters, these shows prove that K-dramas offer more than just love stories.

Sweet Home, a new thriller series from Netflix, introduced a host of monsters that are both unique and intimidating to its viewers. In this series, humans are turned into monsters that reflect their deepest desire and the remaining population must find a way to fight for survival while battling to keep their humanity intact.

Psst: Did we also tell you we have new art posters for Sweet Home created by the one and only BAKI? Click HERE now. 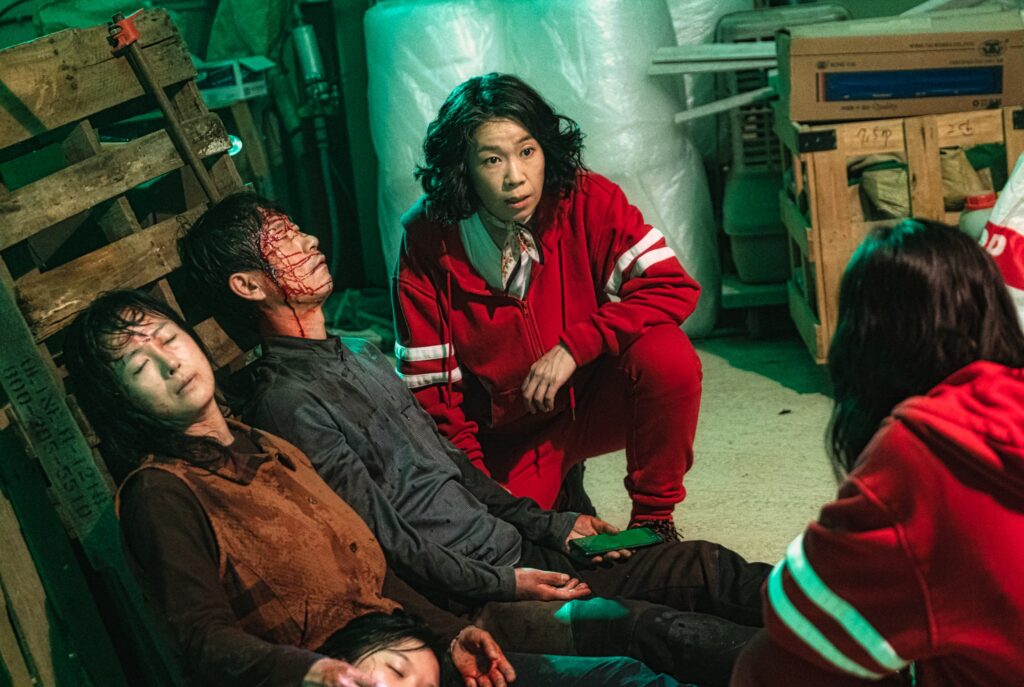 The Uncanny Counter is one of the hottest series right now thanks to its plot and exciting fight scenes. The series follows a group of restaurant workers who are also evil soul hunters who call themselves the ‘Counter’. With different extraordinary abilities, this group of friends must ensure that the evil spirits are destroyed before they kill and consume the souls of the humans they possess.

Just like Sweet Home, the monsters in The School Nurse Files are also based on human desires. However, the monsters you’ll see in this series are far from monstrous! These monsters come in a jelly-like form and can only be seen by the school nurse, Ahm Eun Young (Jong Yu-mi). Together with Hong In-pyo, the Mandarin teacher, The School Nurse Files sees the two battle to save their school from these dangerous monsters.

Set in the era of Joseon, Kingdom hooks us in with its storyline about a mysterious plague that was quickly spreading far and wide in a corrupted government where its subjects were struggling with poverty and hunger. Unknownst to many, the people that were killed by the plague quickly transformed into dangerous zombies. You will tremble with fear when witnessing a group of zombies chasing their victims through your screen. Want to see more of Korean zombies? Check out #Alive,  starring Park Shin-hye and Yoo Ah-in.

Not all monsters come with frightening physical appearances. There are despicable murderers that lurk amongst the living such as Yoon Jong-woo (Yim Si Wan) in Strangers from Hell. Jong-woo, moved to a cheap apartment building not knowing that the place is inhabited by many cold-blooded murderers. This young man’s life begins to take an unexpected turn when his tragedies are a staple of his real-life nightmares.

Which monster do you think you would like to take on? Catch all these shows now on Netflix