MALAYSIA, 11 JANUARY 2021 – Seth Rogen stars in dual leading roles in the film An American Pickle premiering in Asia exclusively on HBO GO and HBO (Astro Ch 411 HD) at 9pm on Saturday, 16 January. Rogen stars as Herschel Greenbaum, a struggling labourer who immigrates to America in 1920 with dreams of building a better life for his beloved family.

One day, while working at his factory job, he falls into a vat of pickles and is brined for 100 years. The brine preserves him perfectly and when he emerges in present day Brooklyn, he finds that he hasn’t aged a day. But when he seeks out his family, he is troubled to learn that his only surviving relative is his great grandson, Ben Greenbaum (also played by Rogen), a mild-mannered computer coder whom Herschel can’t even begin to understand.

The film, which is released under HBO Max’s Warner Max label, is an adaptation of the 2013 New Yorker series Sell Out by Simon Rich. Directed by Brandon Trost and adapted by Simon Rich, view the trailer here.

“I couldn’t be more thrilled to be partnering with HBO Max to release this film. We worked very hard and put as much of ourselves in this story as possible. We’re very proud of the end result and we can’t wait for people to get to see it” said Rogen.

Stream or download An American Pickle on HBO GO. Download the HBO GO app from App Store or Play Store on your device or access HBO GO via Astro or at https://www.hbogoasia.my/. HBO GO is available on Android TV, Apple TV, LG TV, Samsung Smart TV – and comes with AirPlay and Google Cast functionality. 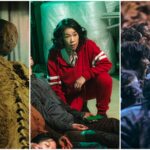