Netflix original series Sweet Home is enjoying unprecedented global popularity as it enraptures with its intriguing story about humans transforming into savage monsters. The show boasts a solid cast lineup in addition to the interesting premise, but the younger rising stars are receiving special attention. Learn more about these talented actors whose careers are taking off below!

After making his acting debut in 2017, Song Kang had a breakout role through Love Alarm. The romance series was especially popular amongst young audiences, earning the actor scores of young fans worldwide. Those familiar with his model character from Love Alarm might have been skeptical about him being able to act as a dark introvert in Sweet Home, but the actor successfully pulled off the duality of his reclusive character. Exposed to a wider audience through Sweet Home, Song Kang has risen to another level of stardom. You can look forward to seeing more of him in the second season of Love Alarm as well as an upcoming drama where he portrays a ballet dancer.

Lee Do-hyun also made his acting debut in 2017, through Prison Playbook. Following supporting roles in Still 17 and Clean with Passion for Now, the actor gained popularity through his beloved character in Hotel Del Luna. He also impressed viewers with his acting in 18 Again, which was his first lead role. In Sweet Home, Lee Do-hyun portrays a cold and rational character, quite a transformation from his previous roles. Lee Do-hyun’s the real deal and he is continuing to blossom as a skilled actor. While acting as Ko Min-si’s caring older brother in Sweet Home, the co-stars will be reuniting as lovers in the upcoming romance series Youth of May.

Ko Min-si started acting in 2016, and made appearances in various dramas such as Welcome to Waikiki and Live. She received more attention through her character in Love Alarm. While her Love Alarm character had one-sided feelings for Song Kang’s character, their relationship in Sweet Home is quite different. Following Love Alarm, she won a Best New Actress award from the 2019 SBS Drama Awards for her acting in Secret Boutique. Receiving a lot of love through Sweet Home, 2021 is also looking very bright for Ko Min-si. In addition to Youth of May, she’ll be acting in Jirisan. 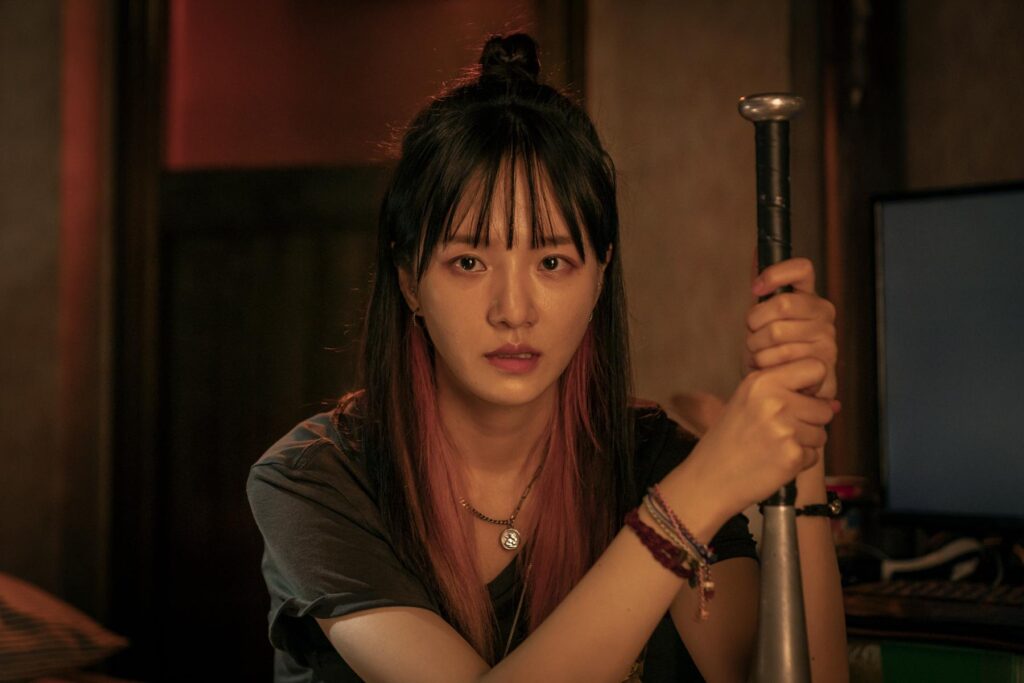 Park Kyu-young is known for being very smart and talented, having recently graduated from the prestigious Yonsei University. She also has great range as evidenced by her very different characters from her last five dramas: Sweet Home, It’s Okay to Not Be Okay, The Nokdu Flower, Romance Is a Bonus Book, and The Third Charm. Her bass player character Yoon Ji-su  and her relationship with her neighbor Jung Jae-heon (Kim Nam-hee) in Sweet Home are nice characterizations that stand out amidst the monster mayhem. Can’t wait to see what’s next from Park Kyu-young!

Born in 1996, Go Youn-jung is the youngest actor on this list. She started out as a model before making her acting debut through He Is Psychometric. Her character dealt with social stigma after getting pregnant in high school. Go Youn-jung also made a brief appearance in The School Nurse Files as a high school student. Despite having a smaller role in Sweet Home, her character makes an impact and the actress is receiving a lot of love. While she still needs to rack up more acting experience, it’s clear that she’s already a star.

Kim Sung-cheol made his debut as a musical actor in 2014. He then made his TV debut through Prison Playbook and received a lot of love for his fun character. He has since acted in various musicals, films, and dramas such as The Wind Blows and Arthdal Chronicles. While his character makes a later appearance in Sweet Home, his cameo impressed many viewers and left them curious about the actor. Having such a diverse portfolio, it’s clear Kim Sung-cheol is quite talented. Of course, he also has a great singing voice!

Which of these young rising stars have you noticed? Be sure to check them out in Sweet Home, only on Netflix!

15 POPULAR WEBTOON BASED K-DRAMAS YOU WILL LOVE