The full lineup includes a number of interactive panels, each of which also holds a host of exclusive surprises from The Witcher live action series and forthcoming anime feature, which fans won’t want to miss!

The event, hosted by Julia Hardy, will also be studded with special short-form content, giving never-before-seen insights to the production and creative processes behind the Witcher universe. 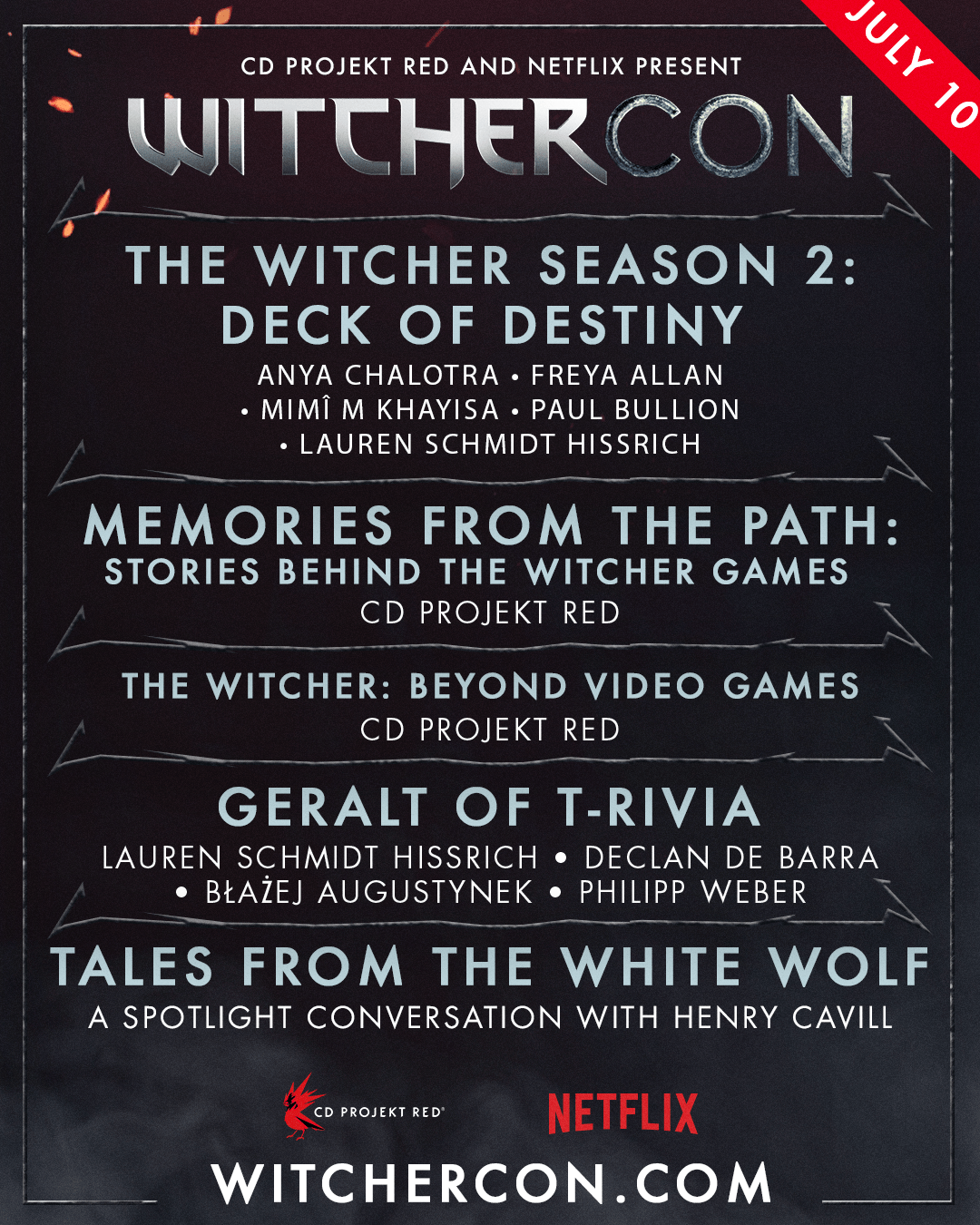 The schedule of panels is as follows:

The Witcher Season 2: Deck of Destiny

Destinies collide when the cast and showrunner of Netflix’s The Witcher draw cards from an enigmatic deck of fan questions that will determine the path of the panel and the immediate fate of the guests. But these are no ordinary cards – prepare for surprise reveals, backstage insights, and a dash of chaos as our panelists take us through their journey of filming Season 2.

CD PROJEKT RED’s Memories from the Path: Stories Behind The Witcher Games

For over 13 years, the Witcher series of games has captured the imagination of gamers worldwide. Now, the developers behind the games discuss how they brought their immersive stories to life — before revisiting old memories, uncovering forgotten artifacts, and reminiscing about their favorite moments from the franchise

It’s a meeting of the Witcher masterminds as key creators of the Witcher games and The Witcher Netflix series team up to test their knowledge of the wider Witcher universe. In this pub quiz-style game, behind-the-scenes tidbits and spoilery sneak peeks are prized just as much as the correct answers.

From detective noir to dark horror — all the way to the Old World and beyond, prepare to experience The Witcher’s expanded universe with the latest details on the upcoming comic books and board game inspired by the franchise!

Tales from the White Wolf: A Conversation with Henry Cavill, hosted by Josh Horowitz

To close out WitcherCon, fans will hear from Geralt of Rivia himself, Henry Cavill, who will sit down with moderator Josh Horowitz (MTV & Comedy Central host) for an in-depth conversation about fantasy, destiny, and the wider Witcher Universe. The White Wolf may even have a surprise or two in store…

For more information on all things WitcherCon, including the full event schedule, please visit the official website: WitcherCon.com