This month, the spotlight is on the DC Extended Universe (DCEU) as the highly-anticipated Zack Snyder’s Justice League, better known as the “Snyder Cut”, makes its grand debut on HBO GO on 18 March same time as the U.S. As a lead-in, fans can get their fill of their favourite DC superhero movies and series from the specially-curated ‘DC Blockbuster’ and ‘DC Universe Animated: Justice League’ selection on HBO GO starting 12 March.

On Warner TV (Astro Ch 712 HD / UnifiTV Ch 451), The Flash returns for its seventh season from 3 March, while new episodes of Superman and Lois premiere every Wednesday. Also, don’t miss out on more superhero action with DC’s Stargirl Season 1, DC’s Legends Of Tomorrow Season 4, Gotham Season 5 and Arrow Season 8, all on Warner TV. 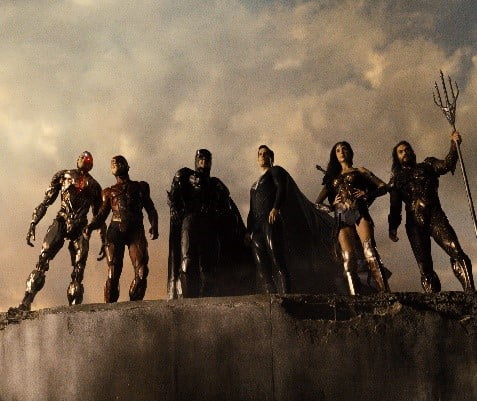 Premieres same time as the U.S. on Thursday, 18 March exclusively on HBO GO

Following Superman’s ultimate sacrifice, Bruce Wayne joins forces with Diana Prince and recruits a team of metahumans to protect the world from an approaching threat of catastrophic proportions. First, each of them must face the demons of their own pasts before they can form an unprecedented league of heroes: Batman, Wonder Woman, Aquaman, Cyborg and The Flash! Stars Henry Cavill, Ben Affleck and Gal Gadot.

Below are some of the DC superhero movies and series to get fans up to speed on the adventures of Superman, Batman, Wonder Woman and their teammates on HBO GO starting from 12 March:

Barry Allen’s super-speedy abilities, the result of an accident at the S.T.A.R. Labs Particle Accelerator, returns for a seventh season. Together with adopted father Detective West; West’s conceited partner Detective Eddie Thawne and daughter Iris West, Barry continues to fight Central City’s gallery of villains as The Flash, who can tap into an energy that allows him to access moments out of time — both past and future. Stars Grant Gustin, Candice Patton and Danielle Panabaker

Heroes All Around Us

Acts of courage and doing the right thing deserve credit too. For inspiration, look no further than the basketball coach who relives his glory days as a star player as he guides his team to the championships in The Way Back; the righteous and committed defence lawyer in Just Mercy and the visionary inventor Nikola Tesla in Tesla. 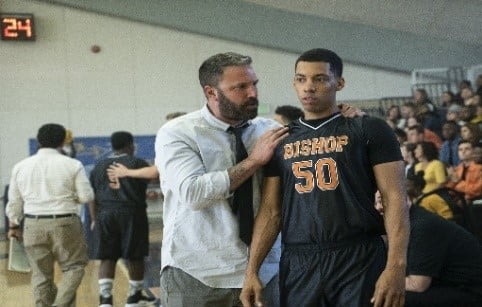 Jack Cunningham was a high school basketball superstar who has fallen on hard times. Years later, he is stuck in a meaningless job and struggling with alcoholism – the very thing that costs him his marriage and hopes for a better life. But Jack gets a second chance when he is asked to coach the basketball team at his alma mater. Will it be enough to heal the deep wounds of his past and set him on the road to redemption? Stars Ben Affleck, Al Madrigal and Michaela Watkins. 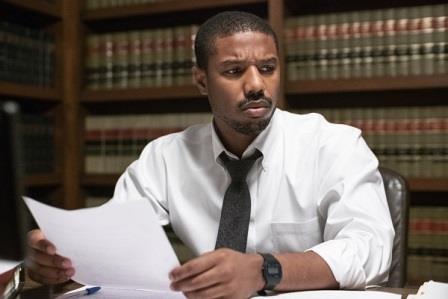 Based on a true story, Harvard law graduate Bryan Stevenson walks away from a high-flying career to defend the wrongly condemned and those not afforded proper representation. With the support of local advocate Eva Ansley, he tackles the controversial case of Walter McMillian, who was sentenced to die for the murder of an 18-year-old girl, despite the preponderance of evidence proving his innocence, and the only testimony against him coming from a criminal with a motive to lie. With this, Stevenson becomes embroiled in a labyrinth of legal and political maneuverings and overt racism as he fights for Walter, and others like him, with the odds—and the system—stacked against them. Stars Michael B. Jordan, Jamie Foxx and Rob Morgan.

Follow the life of visionary inventor Nikola Tesla, from his rivalry with Thomas Edison and his relationship with Anne Morgan, to his development of the modern AC current electrical supply system which paved the way for the future. Stars Ethan Hawke, Eve Hewson and Donnie Keshawarz.

Growing up is never easy, and the constant lure of peer pressure and social media can be hard to withstand. Embarrassing moments, heartbreak, violence and broken family relationships are just a few things today’s teenagers have to deal with in Charm City Kings and Genera+ion. 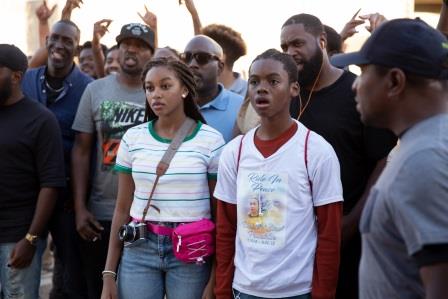 In this gritty, coming-of-age HBO Max Original film, fourteen-year-old Mouse desperately wants to join the Midnight Clique, an infamous group of Baltimore dirt-bike riders who rule the summertime streets. His older brother, Stro, was their top rider before his tragic death – a loss that consumes Mouse as much as his passion for bikes. Despite his mom’s and a police mentor’s best efforts, the lure of revving his own dirt bike proves too strong to resist. Stars Jahi Di’Allo Winston, Meek Mill and Will Catlett. 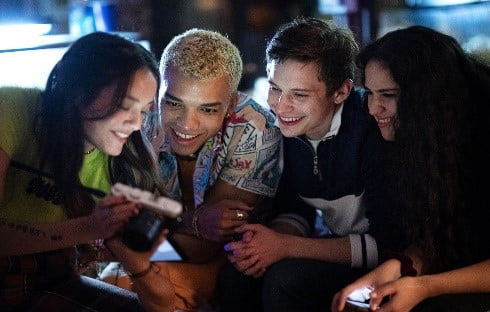 Premieres same time as the U.S. on Thursday, 11 March exclusively on HBO GO

For Kids and Kids-at-heart

Tune in to Boomerang to catch the timeless duo Tom and Jerry with Taffy for three hours daily, and get in on some junior hero action on Cartoon Network every weekend with DC Super Hero Girls, Barbie movies and many more! 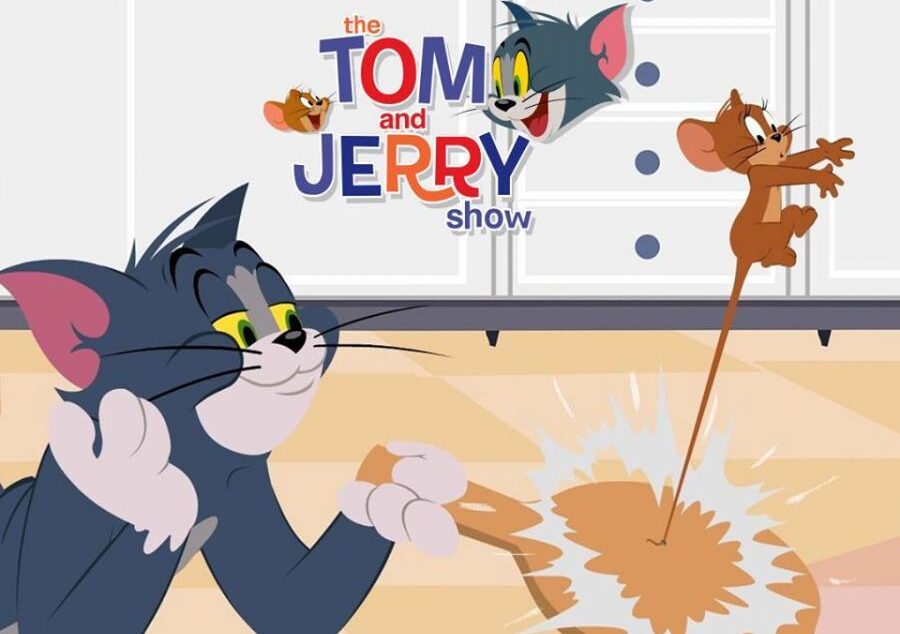 Hilarious antics, crazy chases and non-stop cat-and-mouse feuding take over Boomerang, followed by racoon-turned-kitty Taffy as he infiltrates Muchore Manor as a sure-fire way to a luxurious life.

The madcap mischiefs continue on HBO GO with specially-curated boxsets of The Tom and Jerry Show and movies. 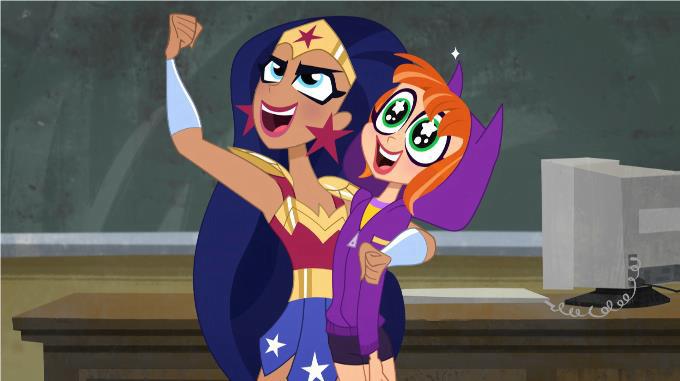 For all these titles and more at your convenience, download the HBO GO app at App Store or Play Store and get a free trial to experience a vast selection of television series, movies and HBO Originals, from action and adventure to comedies, documentaries and critically-acclaimed productions. Can’t decide what to watch? Just try the “I’m feeling random” feature to discover something new!