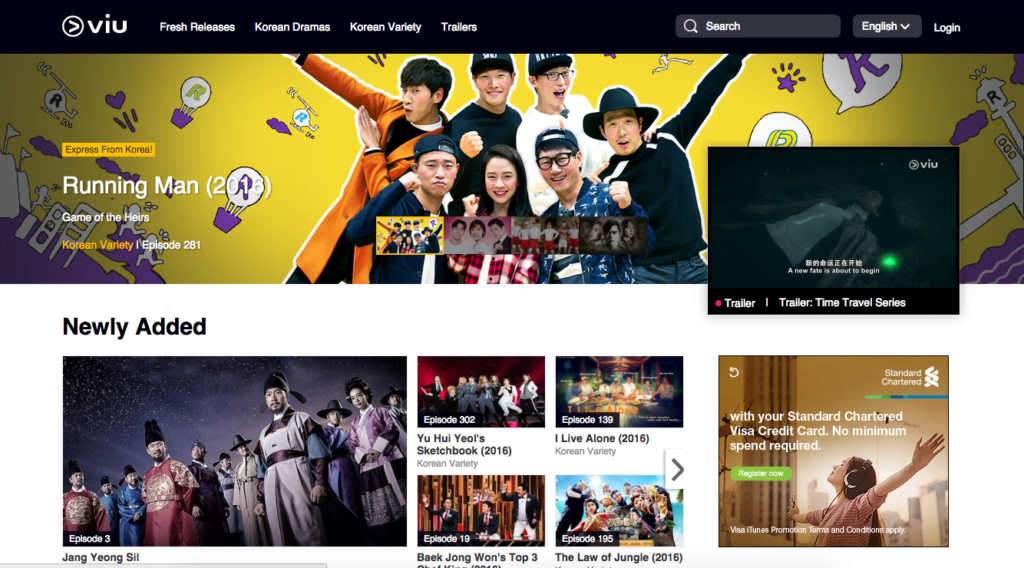 With the recent implementation of the Movement Restriction Order, a lot of us will now have to get creative with how we spend time at home and still be entertained, inspired and connected!

The thought of being cooped up at home may sound like paradise for some, but may be a foreign concept to others. We’re here to show you how you can enjoy your time while responsibly practicing social distancing!

Over the next 2 weeks, you’re going to be spending at least 330 hours at home and with Viu’s library of over  17, 000 hours of content, we’ve got you covered! Yes, we have content from South Korea, Japan, China, Hong Kong, India, Indonesia, Thailand and even local Malaysian content! We’ve put together a list of the top shows that’s sure to get you glued to your seats – and you’ll enjoy every minute of it!

The romantic Korean drama follows the tale of Gi Seungnyang (Ha Ji-Won), a Goryeo-born woman who marries Toghon Temür (Ji Chang-Wook) and rises in power to become an empress of the Chinese Yuan dynasty, instead of her first love, Wang Yu (Joo Jin-Mo). 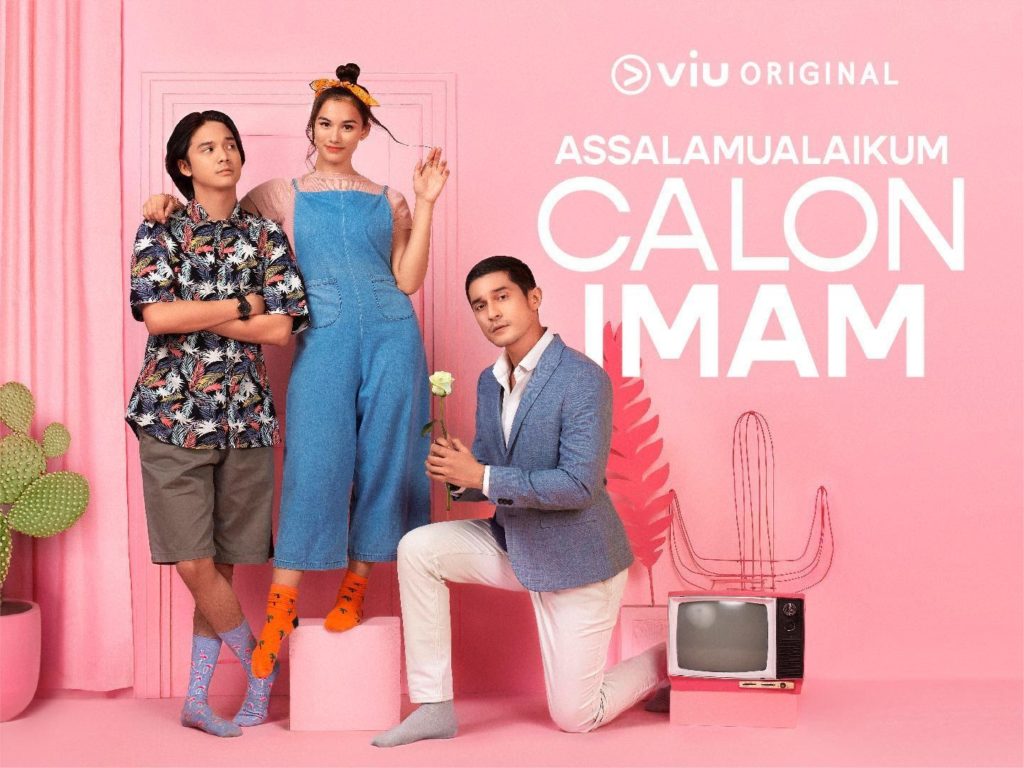 An Indonesian Viu Original series starring Miller Khan (Foxtrot Six, 2019) and Mentari De Marelle (Siap Gan!, 2018), and directed by Indra Gunawan (Dear Nathan, 2017), Assalamualaikum Calon Imam is an emotional roller coaster of a romantic drama with sentimental and light comedic moments sprinkled throughout. The series is adapted from the eponymous 2017 story by Ima Madaniah, which was read by over 3.7 million people and was one of the Top 12 fiction titles in Indonesia that year. The same story was also made into a popular novel with same title and film (also starring Khan), and now – with today’s announcement – a premium series.

Nafisya (20) aka “Fisya” (played by Mentari De Marelle) is a strong, modern Muslim girl who, troubled by her parents’ divorce, has a difficult time with the notion of ‘marriage’. Her heart is further broken when her best friend, who she is secretly in love with, declares his intention to propose to her older sister. Fisya meets Alif (played by Miller Khan), the handsome but aloof new substitute teacher on campus. Alif seems to go out of his way to make life difficult for Fisya, when in fact the tomboyish and independent young girl has started to steal his heart. 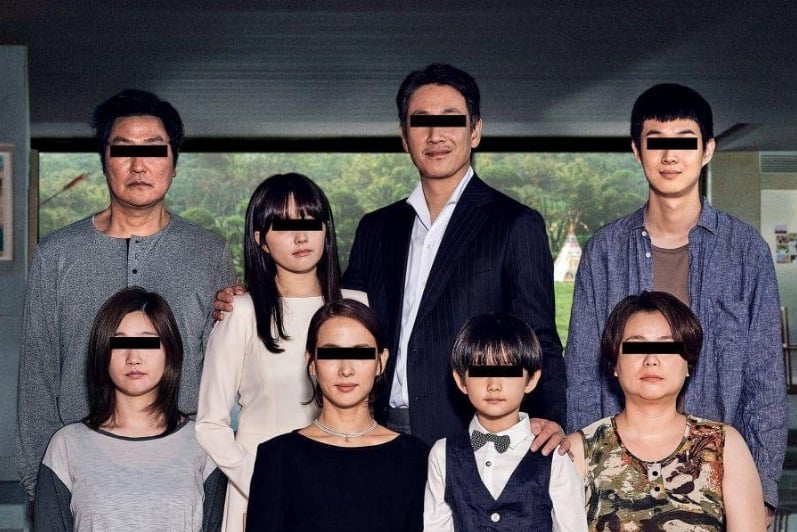 Revolving around the disparity between social classes, Parasite gives audiences a closer look at the issues faced by each social class and how communities of the lower class race to ascend above the social class chain. The movie begins with a teenager, Kim Ki-woo (played by Choi Woo-shik) who forges a university degree in order to get hired as a tutor for the Parks’ wealthy daughter, Da Hae (played by Jung Ziso). Soon after, the Kims create elaborate new identities and infiltrate the Parks’ household.

Latest Malaysian Viu Original series, Black, is an adaptation of the renowned CJ E&M Korean format of the same name, that was localized by incorporating Malay mythology. In the original Korean series, Black is a fantasy thriller romance drama that follows a grim reaper who enters the world of mortals and finds himself falling in love with a woman who can foresee death.

Viu’s Malaysian adaptation replaces the concept of grim reaper with Bunian (a supernatural being from another dimension in Malay folklore) and sets Black (played by Kamal Adli) off on a mission to track down his fugitive partner in the human world. Breaking a cardinal rule of his people, Black inhabits the body of Malik, a deceased police officer (also played by Adli) and assumes his identity in order to facilitate his investigation. Despite detesting humans for their “primitive ways”, Black becomes entangled with Sofia (played by Siti Saleha), a woman whose ability to foresee death is key to his mission. Much to his chagrin, he finds himself falling for her – another cardinal sin. Along the way, they become embroiled in a 20-year-old unsolved murder case that leads back to their shared past. 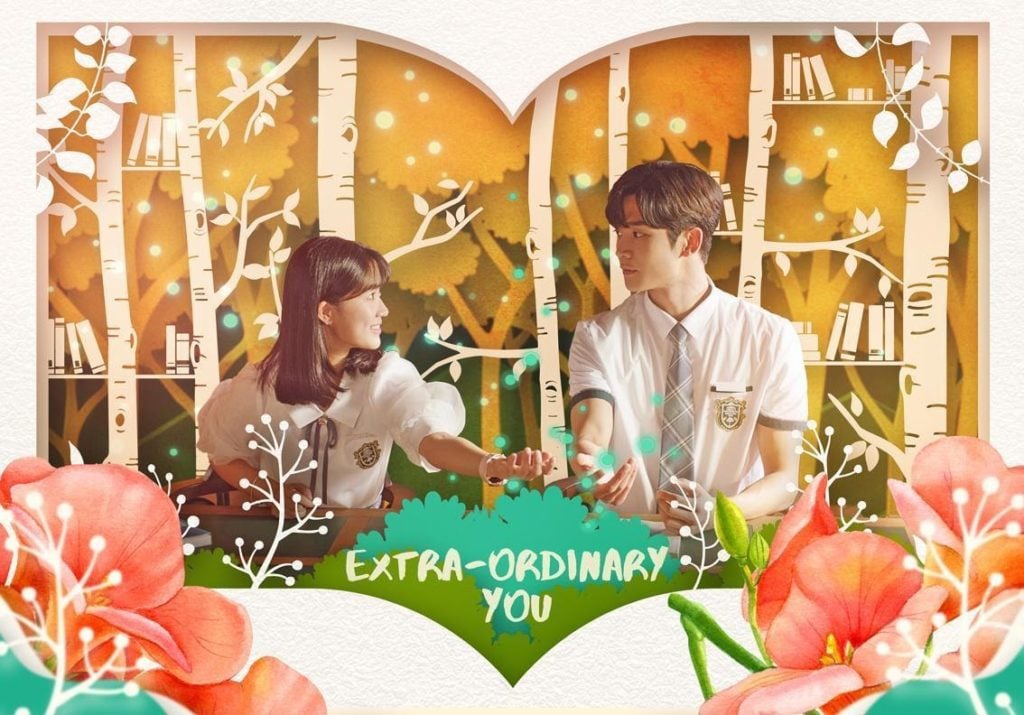 Extra-Ordinary You follows the story of Eun Dan-O (Kim Hye-Yoon) who is a student at a prestigious high school. Her family is wealthy, but Eun Dan-O has a heart disease. Her fiance Baek Kyung (Lee Jae-Wook) attends the same prestigious high school. She likes him a lot, but he does not like her at all. Suddenly, Eun Dan-O has short-term memory loss and she can see what will happen in the near future. She gets confused by her symptoms. Then, Jinmiche, from the school cafeteria, tells Eun Dan-O that she is a character in the comic “Secret” like everybody else there.

Eun Dan-O learns that her character is not even a main character, but rather an extra and she doesn’t have much time to live. Eun Dan-O is stunned, but she decides she wants to find her own true first love and not someone written by the comic writer. One day, she falls down the school stairs. She feels her back touch the back of another student, among a group of male students. Her heart suddenly starts to flutter. Eun Dan-O wants to find the male student who made her heart flutter. She eventually finds the student (Ro Woon) and he is her classmate. He is a character that doesn’t have a name. They get close and Eun Dan-O names him “Ha-Roo.” 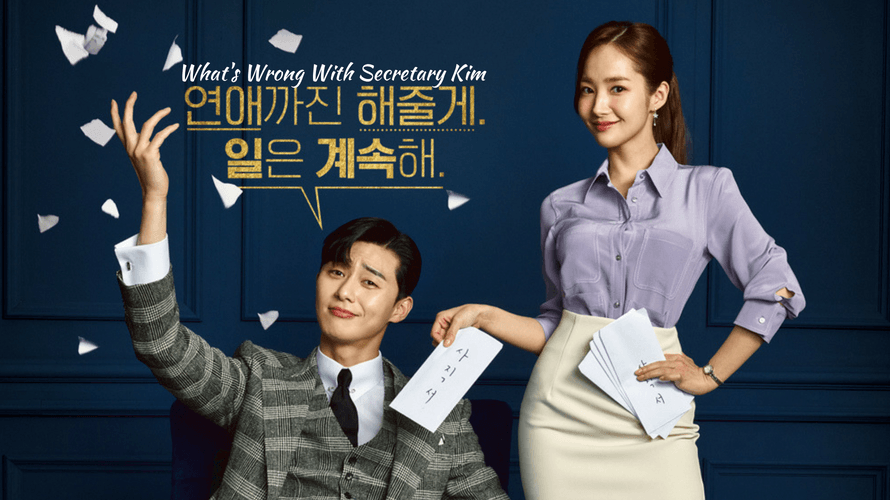 A 2018 South Korean drama series starring Park Seo-joon and Park Min-young, What’s Wrong With Secretary Kim is based on the novel of the same title by Jung Kyung-yoon which was first published in 2013.

The plot follows the story of Kim Mi So (Park Min Young), a diligent woman who finally conquers her financial struggles and decides to quit her job as a secretary. She’s been working straight after high school to help her dad with his debts and her older sisters with their student loans. For nine years, she served as the secretary of the vice chairman of a merger-acquisition corporation, Lee Young-joon (Park Seo-joon). Misunderstandings arise when Mi So announced her resignation as her boss is unable to fathom why she’d want to resign. What happens when an egotistical CEO (Park Seo-Joon) falls for his secretary (Park Min-Young)?

All of these shows and more are available across all of Viu’s platforms which include mobile app, mobile browser, desktop, Android TV and selected LG TVs. Also available in various subtitles such as English, Bahasa Malaysia, Bahasa Indonesia and simplified Chinese, every Viu-er can enjoy the plethora of content available! Subscribe to Viu now for just a low fee of RM10 a month and you can enjoy all the shows and movies you like anywhere, anytime.

We’ve got you covered! So sit back, relax and make the best of the Movement Restriction Order with Viu!