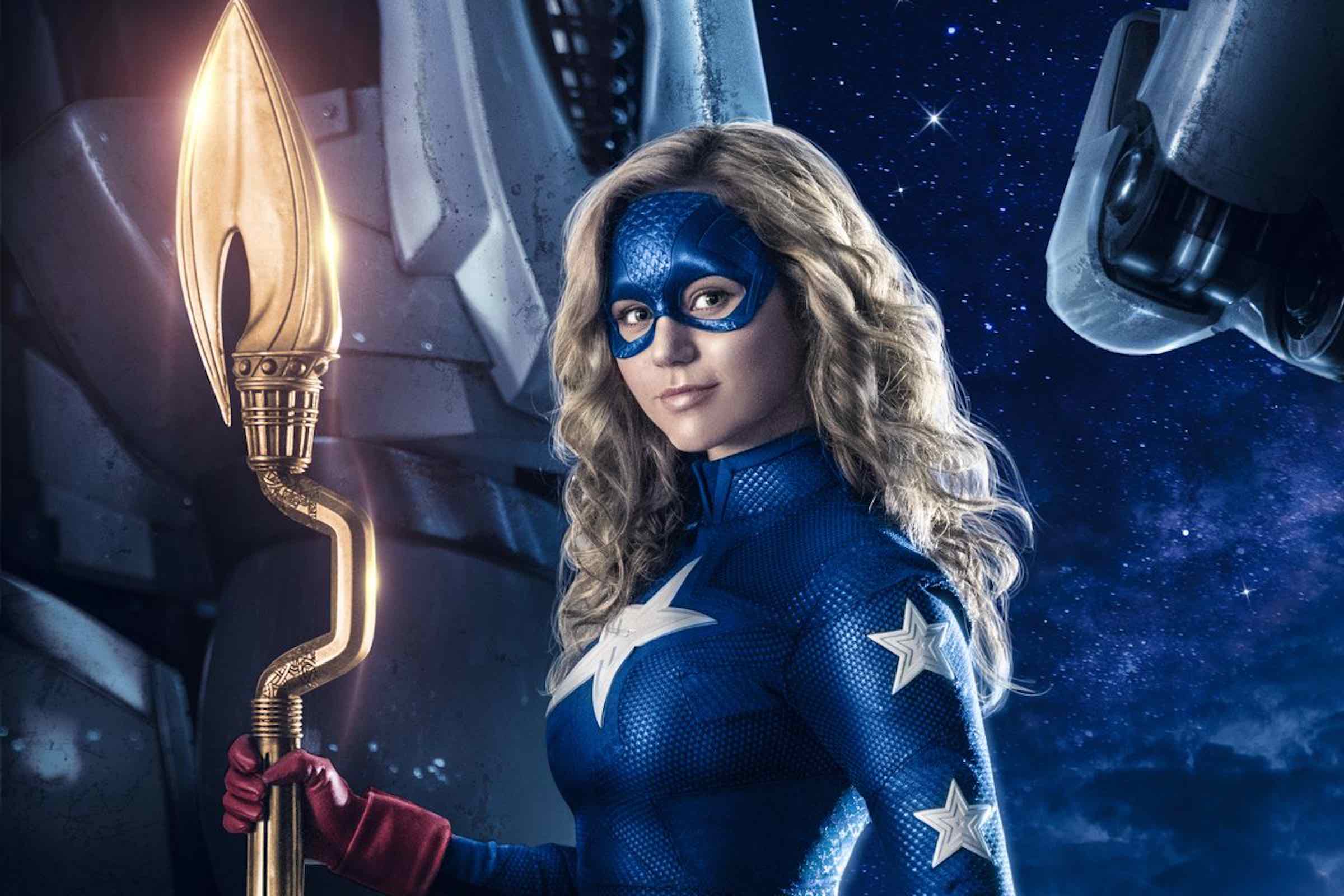 Created by one of the most successful comic book writers of his time, and award-winning screenwriter and producer Geoff Johns (“Doom Patrol”, “Aquaman”, “The Flash”), the thirteen-episode series follows high school sophomore Courtney Whitmore as she inspires an unlikely group of young heroes to take up the legacy of a long-lost superhero team – The Justice Society of America – and stop the villains of the past.

Brec Bassinger (“Bella and the Bulldogs”, “School of Rock”) stars as Courtney Whitmore a.k.a. Stargirl, the new kid in town and Blue Valley High, who struggles to make friends until she forges unlikely friendships with Yolanda Montez, Beth Chapel and Rick Tyler, all with super-powers.

Yvette Monreal (“Rambo: Last Blood”, “Matador”) stars as Yolanda Montez a.k.a. Wildcat, a straight A student at Blue Valley High who never does anything wrong, until she is put in a situation in which she has no control.

Anjelika Washington (“Young Sheldon”, “Shameless”) stars as Beth Chapel a.k.a. Dr. Mid-Nite, an outcast who befriends Courtney and the other members of the new Justice Society of America.

In the series premiere, Courtney’s seemingly perfect life in Los Angeles gets upended with a move to Blue Valley, Nebraska with her mother Barbara (series star Amy Smart), stepfather Pat Dugan (series star Luke Wilson) and stepbrother Mike (series star Trae Romano), and she finds herself struggling to adapt to her new town and high school.  But when Courtney discovers that Pat is harbouring a major secret about his past, she ultimately becomes the unlikely inspiration for a new generation of Super Heroes. Written by Geoff Johns and directed by Glen Winter.

After Courtney has an unexpected run-in with a member of the Injustice Society of America, Pat reveals the truth to her about their history.  Meanwhile, Barbara is elated when she sees Courtney making an attempt to get along with Pat, not knowing the secret they’ve been keeping.  Finally, things take a dangerous turn at Blue Valley High’s open house night when Courtney becomes the target of a dangerous foe. Written by Geoff Johns and directed by Greg Beeman.

After a dangerous run-in with a member of the Injustice Society of America, Pat warns Courtney to back down from her attempts to go after them.  But when she encounters what she believes to be a message from one of them, she urges Pat to help her.  Meanwhile, Barbara makes strides at work, which impresses her new boss Jordan Mahkent (series star Neil Jackson). Written by Colleen McGuinness and directed by Michael Nankin.

After realising that she needs the extra help, Courtney sets out to recruit new members to the Justice Society of America – starting with Yolanda Montez (series regular Yvette Monreal).  Elsewhere, Pat’s suspicion is piqued after a bizarre conversation with one of the town’s residents. Written by James Dale Robinson and directed by Rob Hardy.

Stargirl is amongst the three upcoming DC shows premiering on WarnerMedia channels. The first season of Pennyworth will premiere in Asia exclusively on Warner TV on Monday, 29 June at 9pm and HBO Max Original series Doom Patrol Season 2 will debut exclusively on HBO GO. Premiere date is still to be confirmed.