Netflix has unveiled the first poster and pre-teaser trailer for its new show Squid Game, an imaginative, unorthodox story in which 456 contestants risk their lives in a mysterious survival game for a chance to win 45.6 billion won.

The tagline “45.6 Billion Is Child’s Play” makes a powerful first impression alongside the imagery of the shapes that are used in the ‘squid game,’ the fallen man in the green tracksuit, the man in pink dragging him away, and the large box with the pink ribbon. The title is a reference to a simple yet physical and aggressive children’s game played in neighborhood alleyways. How will this symbol of childhood fun drive the adult players into peril? Every piece of new information provides more tantalizing hints.

Unveiled alongside the poster, the first pre-teaser trailer features tense sequences of participants putting their lives on the line in the games. Driven to desperation and gathered at an unknown location, the 456 participants play one game each day as they race towards the prize of 45.6 billion won.

The price of failure is death, and only one contestant can survive to claim the prize. How did this diverse group of people end up here, and who is the mastermind behind these games? The striking juxtaposition between the pandemonium and the colorful, nostalgic art direction of Squid Game further heightens anticipation for the distinctive visuals and story of this show.

Squid Game has garnered much attention since production was first announced, for its atypical title and premise, unprecedented scale, and the shining track records of its cast and crew. Spearheaded by Hwang Dong-hyuk, the versatile and socially-conscious director of The Fortress, Miss Granny, and Silenced, this unconventional combination of classic childhood fun and the contemporary rat race tells a story like none other.

Cast members Lee Jung-jae, Park Hae-soo, Oh Young-soo, Wi Ha-Jun, Jung Ho-yeon, Heo Sung-tae, Anupam and Kim Joo-ryoung draw viewers into the macabre show by delivering deep, nuanced performances that vibrantly convey the humanity of the diverse characters who have no choice but to take part in the game.

The striking visuals and exceptional creativity of Squid Game will be available for streaming in 190 countries on September 17, only on Netflix. 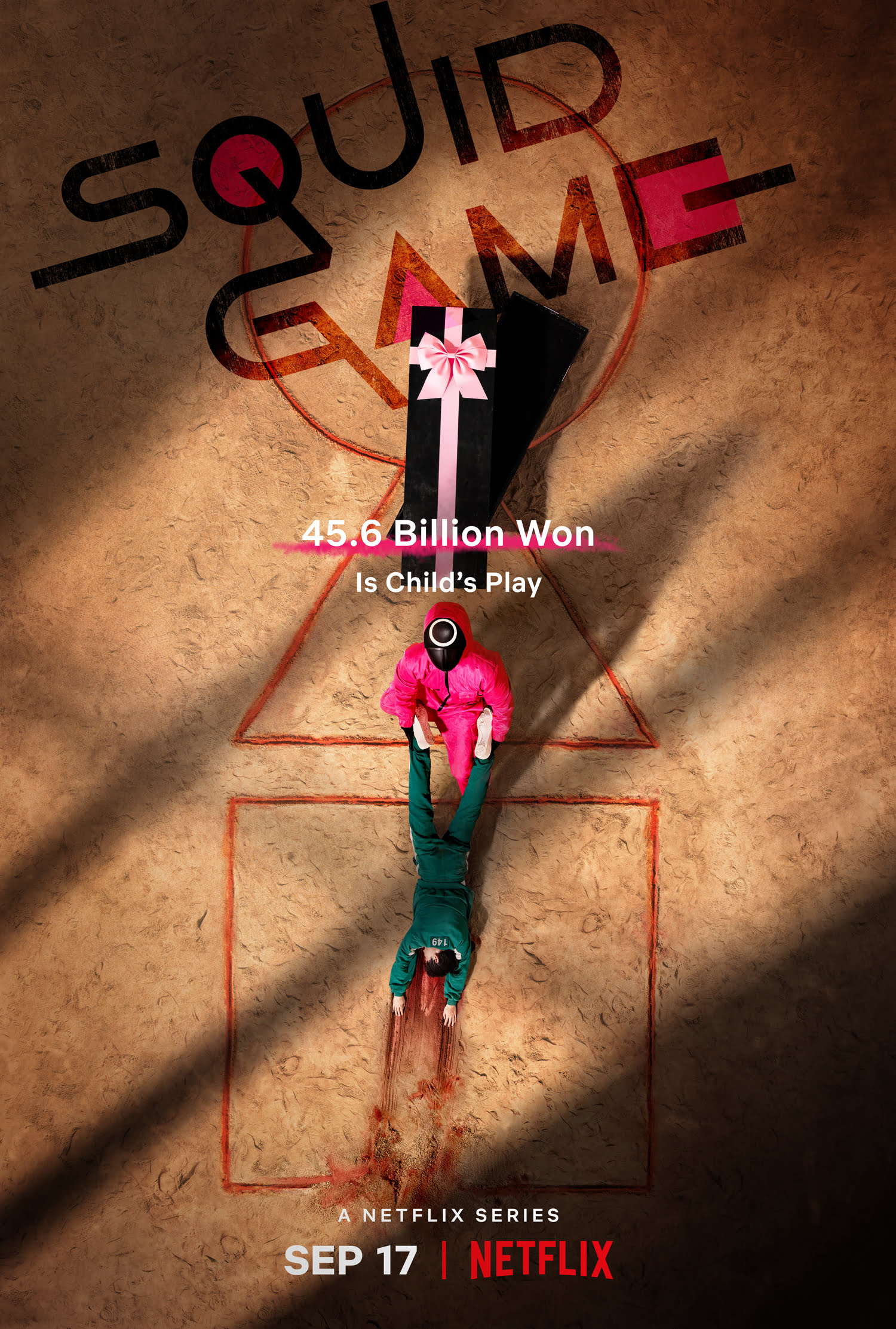