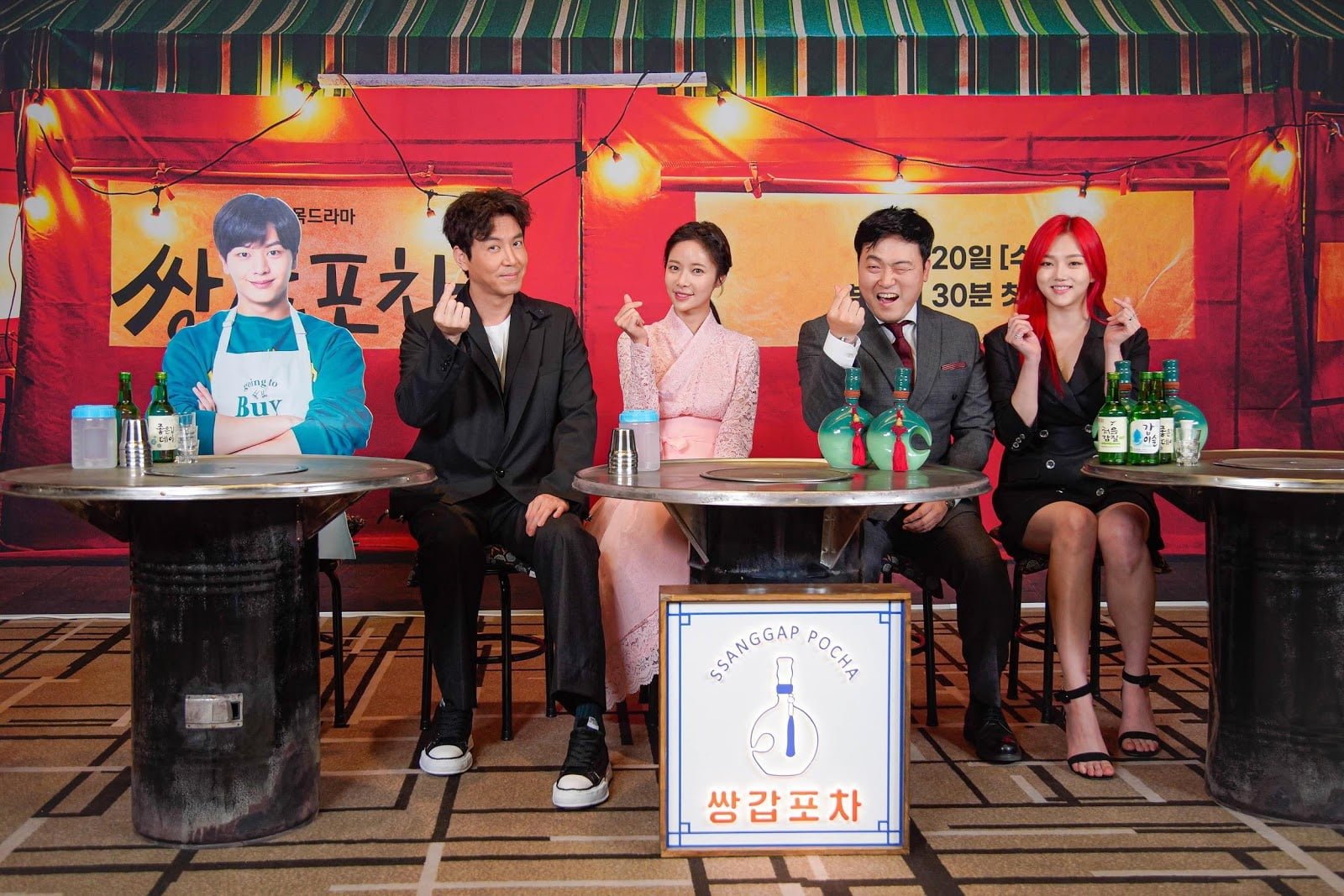 The wait is almost over, Mystic Pop-up Bar is coming very soon! Director Jeon Chang-geun, Hwang Jung-eum, Choi Won-young, Lee Jun-hyeok, and Jeong Da-eun gathered for a press conference and dished on how the drama will be different from the webtoon, the drama being Yook Sung-jae’s last project before military, and how the healing drama offers a refreshing take on societal issues. Since Yook Sung-jae is busy serving in the military, they included a cute paper cut-out of the actor to join.

How the Drama Compares to the Original Webtoon 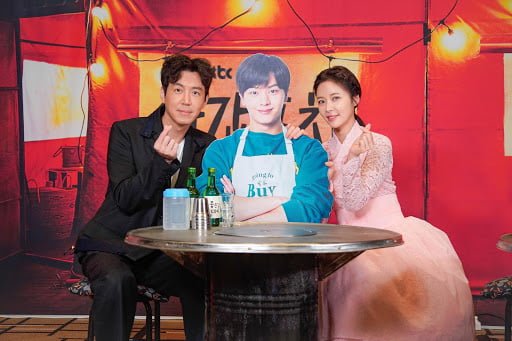 With Yook Sung-jae absent, his co-stars expressed their well wishes and fondness for him. Choi Won-young said, “We knew he had to go to the military, but not the exact date. He received notice and had to quickly go, so I couldn’t see him before he left. I messaged him and said I was sorry I couldn’t buy him a meal before he enlisted.” Hwang Jung-eum left a cute video message to Yook Sung-jae saying, “You worked so hard and I was worried about you enlisting. However, you look healthy, so that makes me feel relieved. Be sure to watch the drama!” Lee Jun-hyeok gave Yook Sung-jae some advice saying, “Eat well and listen to your superiors. It will end soon. Time flies. Really. Hurry and come out. Let’s go get a drink then.” Jeong Da-eun also cheered him on and expressed hopes to catch up after he completes his service. 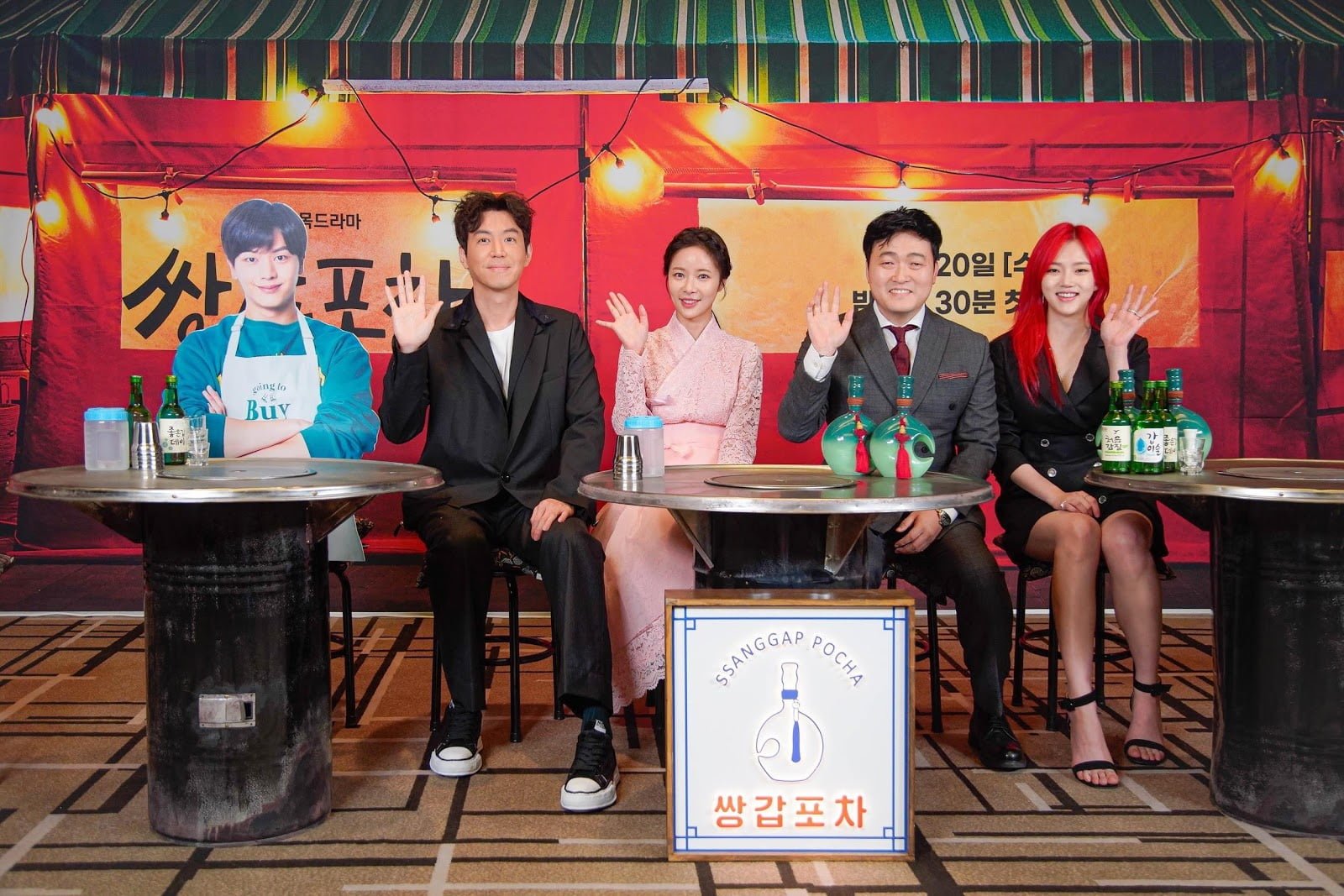 The actors asked for interest in Mystic Pop-up Bar and shared some fun details. Lee Jun-hyeok promised, “Please look forward to it, it will live up to your expectations.” Choi Won-young described Mystic Pop-up Bar as “a drama that will help you release your exhaustion and stress.” Hwang Jung-eum added, “There are a lot of societal issues included. Wolju says a lot of things that feel very refreshing. We had fun and put our all into filming. I hope you can enjoy the drama and be healed.”

Life can bring a variety of problems your way and it’s not always easy to share your struggles. Experience cathartic healing through the characters of Mystic Pop-up Bar healing customers and enjoy some laughs along the way! Mystic Pop-up Bar is available on Netflix with weekly episodes every Wednesday and Thursday, 10PM (Malaysia Time).

500-year-old mysterious pop-up bar owner Wol-ju (Hwang Jung-eum) has to solve problems for 10,000 people in order to avoid hell. She teams up with Kang-bae (Yook Sung-jae)who has a special power that leads people to share their deepest wounds and worries when they touch him. Wol-Ju, Kang-bae and Gui (Choi Won-young), who is an assistant of Wol-ju, jump into people’s dreams and try to resolve their worries. Mystic Pop-up Bar is a healing fantasy counseling drama in which the pop-up bar team enters the dreams of their guests and relieves their troubles.