The exciting premiere of the long anticipated series Sweet Home is finally here! The show tells the story of neighbors who fight to survive as humans suddenly become monsters. Get ready for the spine-tingling show by getting to know the main cast better and find out where you might have seen them before.

Song Kang portrays the main character Hyun-su who experiences a personal tragedy before moving to Green Home apartment complex. Hyun-su is very reclusive and struggles with dark thoughts. It’s definitely a transformation for Song Kang who is well-known for his handsome model character Hwang Sun-oh in Love Alarm. Or maybe you have seen him in his debut drama The Liar and His Lover where he acted as the childhood friend with a one-sided crush.

Lee Jin-uk also makes a transformation as the mysterious and scarred Pyeon Sang-wook. With humans suddenly becoming monsters, it’s hard to trust anyone let alone someone who looks rough around the edges like Sang-wook. On the other hand, Lee Jin-uk is known for having portrayed sharp detective Do Kang-woo in Voice S2. His character examined crime scenes from the viewpoint of a criminal in order to solve crimes.

Lee Si-young was the first and only actress that Director Lee Eung-bok had in mind for the role of former firefighter Seo Yi-kyung. The actress is known for her action and boxing skills, so it’s no surprise that Yi-kyung is a key fighter against the monsters of Sweet Home. Lee Si-young also displayed some of her action chops in revenge-crime drama The Guardians opposite Kim Young-kwang. 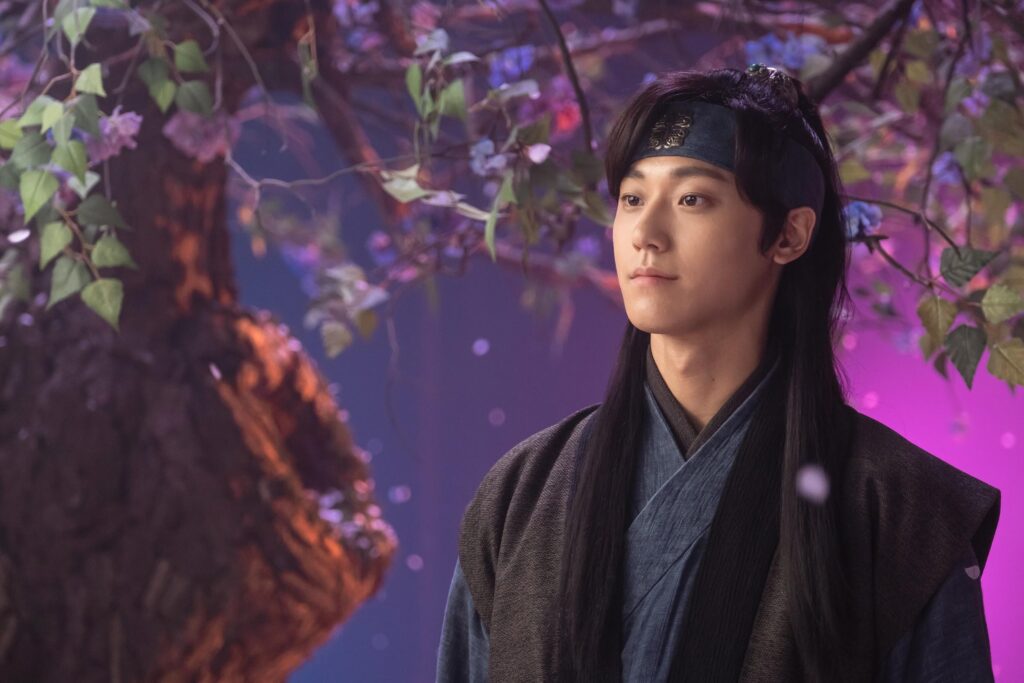 Lee Do-hyun takes on a different type of role as Lee Eun-hyeok. He’s a caring older brother who is also very smart and becomes a leader of the Green Home residents after the monsterization begins. Lee Do-hyun’s breakout role was the ever-loyal Go Cheong-myeong in Hotel Del Luna. He debuted through Prison Playbook and then acted in Still 17 and Clean with Passion for Now afterwards.

Kim Nam-hee is most well-known for playing a bad guy in the acclaimed series Mr. Sunshine. This time around, he reunites with Director Lee Eung-bok and plays a good guy. Jung Jae-heon is a Korean language teacher who is guided by his faith and fights the monsters of Sweet Home with his sword. Kim Nam-hee also portrayed a dorky employee at Barro in Search WWW.

Ko Min-si reunites with Love Alarm co-star Song Kang in Sweet Home. She acts as Lee Eun-yu who is also Lee Eun-hyeok’s younger sister. Lee Eun-yu dreamt of becoming a ballerina, but she has all but given up on her dream. Prior to Love Alarm, she portrayed the daughter of two police officers in Live.

Park Kyu-young has portrayed a diverse range of characters and her character Yoon Ji-su proves no different. Yoon Ji-su is a friendly bass player who wields a bat once monsters start terrorizing the apartment complex. You probably remember her as the nurse with a crush on Kim Soo-hyun’s character in It’s Okay to Not Be Okay. She also portrayed a pure and innocent younger sister in The Nokdu Flower, an heiress with an overbearing mother in Romance Is a Bonus Book, and a peculiar and opinionated character in The Third Charm.

Go Youn-jung made her acting debut last year through He Is Psychometric. Prior to this, she had modeling experience and has filmed a number of commercials. The actress also appeared in The School Nurse Files as a student from another high school. Her Sweet Home character is Park Yu-ri, Mr. An’s caretaker. With her nursing background, she aids injured residents.

Kim Gap-soo acts as An Gil-seop, an older man with an underlying condition who remains brave when having to deal with the monsters. He is kind to everyone, befriends young boy Yeong-su, and cares especially for Yu-ri. As a veteran actor, you might recognize him from several dramas. Some of his notable works include Hospital Playlist, Chief of Staff, Whisper, and The K2.

Kim Sang-ho is another actor you might have seen in a few other shows. Some of his previous roles include Kingdom, Missing 9, Bring It On, Ghost, Lucky Romance, and Doctor Stranger. As for his Sweet Home character, he portrays Han Du-sik who uses a wheelchair due to a previous accident. Du-sik helps create useful weapons for the residents to use to protect themselves against the monsters.

Now that you’re familiar with the main cast, you’re ready to enjoy the series. Don’t forget to check out Sweet Home, only on Netflix!