Get up close and personal with intense emotional experiences like love, loss and inner healing in Euphoria Season 2, observe social class tensions in The Gilded Age from the talented creator of Downton Abbey, ride the joys of self-discovery in Somebody Somewhere, and witness the strength it takes to do the right thing in Peacemaker.

Navigating teen life is difficult, and for 17-year-old Rue, the burdens of love, loss, and addiction are a heavy burden to bear. Set in the town of East Highland, where lives are closely intertwined, the second season continues to explores the challenges of growing up. Created, written and directed by Sam Levinson, the drama series received three Primetime Emmy® awards for its first season, including Outstanding Lead Actress In A Drama Series (Zendaya), Outstanding Contemporary Makeup (Non-Prosthetic) and Outstanding Original Music and Lyrics. Stars Zendaya, Hunter Schafer, Sydney Sweenie and Jacob Elordi. 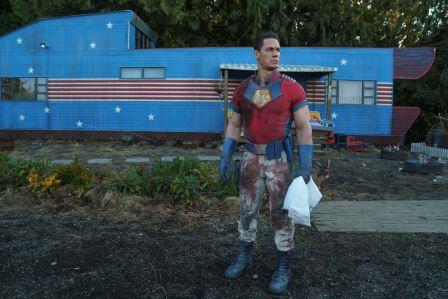 Peacemaker, who made his first appearance in The Suicide Squad, gets to share his own backstory in this new series. Love him or hate him, Peacemaker is a compellingly vainglorious man who believes in peace at any cost, no matter how many people he has to kill to get it. Written and directed by James Gunn, the series stars John Cena as Peacemaker, with Danielle Brooks, Freddie Stroma, Jennifer Holland, Steve Agee, Chukwudi Iwuji and Robert Patrick. If you haven’t already watched it, stream The Suicide Squad to catch up, and don’t miss more great DC programmes, all on HBO GO.

A true Kansan on the surface, Sam secretly struggles to fit the hometown mould. As she grapples with loss and acceptance, singing becomes her saving grace and leads her on a journey to discover herself. With support from a community of outsiders who don’t fit in but don’t give up, series shows that finding your people, and finding your voice, is possible. Anywhere. Somewhere. Stars Bridget Everett, Jeff Hiller, Mary Catherine Garrison, Mike Hagerty and Danny McCarthy.

From the creator of Downton Abbey comes a brand-new drama series, set in 1882 during the American Gilded Age. A period of immense economic change, it is marked by great conflict between the old ways and brand-new systems, and opportunities for huge fortunes to be made and lost. Against the backdrop of this transformation, the series follows a young woman, Marian Brook. Moving from rural Pennsylvania to New York City after the death of her father, she starts a new life with her thoroughly old money aunts Agnes van Rhijn and Ada Brook. Stars Louisa Jacobson, Christine Baranski, Cynthia Nixon and Carrie Coon. For more period drama, stream all six seasons of Downton Abbey on HBO GO!

Revel in the joy that comes with family time, as you enjoy the adorable We Baby Bears, prehistoric antics in The Croods: A New Age, the iconic Yogi Bear in new animated series Jellystone! and the unmistakable Scooby-Doo! Return to Zombie Island! Plus, welcome the return of The Righteous Gemstones with more laughs in its second season.

Premieres Saturday, January 8 at 10.30am on HBO GO and all channels. On Cartoon Network (Astro Ch 615) enjoy two episodes followed by new ones every Saturday.

Baby Grizz, Panda and Ice Bear travel through a multitude of imaginative worlds in their magical box in this new spinoff series. As the Baby Bears go on their search for a place where they can settle down and fit into, each episode transports them to vibrant and colorful worlds where they befriend legions of familiar fairytale faces. During their nonstop crusade, they are faced with the decision to stay or to continue on their journey for a permanent abode they can call home. For more bear-y funny adventures, stream all four seasons of the original We Bare Bears series and We Bare Bears: The Movie on HBO GO.

The Croods: A New Age

As prehistoric family the Croods rebuild their lives and embrace a more ‘modern’ existence, they are challenged by a rival family, the Bettermans. In the face of their claim to be better and more evolved than the Croods, who knows what challenges will ensue? With the voice talents of Nicolas Cage, Emma Stone, Ryan Reynolds, and Catherine Keener. 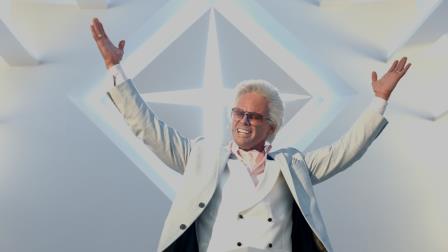 Follow the world-famous televangelist family with a long tradition of deviance, greed and charitable work. In this second season, the blessed Gemstones family is threatened by outsiders from both the past and present who wish to destroy them. Will they manage to keep the family and their empire together? Tune in to find out! Stars Danny McBride, Adam Devine, Edi Patterson and John Goodman.

Catch the iconic Yogi Bear in a brand-new series, together with Cindy Bear and Boo Boo at Jellystone Hospital, Jabberjaw at Magilla Gorilla’s swanky clothing shop, crime-fighting El Kabong, and uber-protective Doggie Daddy and his offspring Augie Doggie. Not forgetting Huckleberry Hound as mayor and Top Cat running the streets, there’s never a dull moment in this madcap little town! Life in quaint little Jellystone would be so peaceful if it weren’t for the hilarious, colourful characters constantly getting themselves, and their town, into trouble!

Get a blast from the past with the whole Mystery Inc. gang! A host of hilarious antics ensue when Scooby, Shaggy, Velma, Daphne and Fred go on tropical island getaway, only to realise it is the very same one that they escaped from decades ago, with zombies hot on their heels!

Get a fresh look at the iconic fighters of Mortal Kombat in the fight to save Earthrealm, a new generation of superheroes in Naomi and an older and wiser Man of Steel in Superman & Lois Season 2. 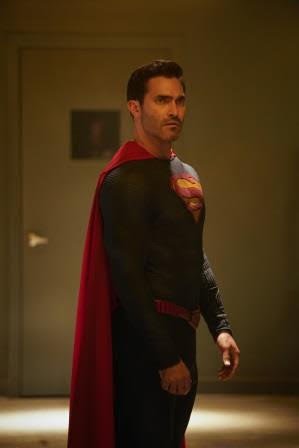 The Kents face marital and family struggles like any other, and tensions only rise when one of their twin sons shows signs of their father’s Kryptonian powers. Despite moving back to Smallville, it remains to be seen how they will fare, even as new threats emerge while Superman struggles with his own abilities. Stars Tyler Hoechlin, Elizabeth Tulloch, Sofia Hasmik, Chrissy Beppo and Jenna Dewan.

This DC drama follows Naomi, a teenaged girl, after a supernatural event that shakes her small northwestern hometown to the core. In her quest to uncover the truth behind this occurrence, what she discovers will challenge everything we believe about our heroes and lead her to the heights of the Multiverse. Stars Kaci Walfall, Cranston Johnson, Mary-Charles Jones and Alexander Wraith.

In this new cinematic adventure, the fearsome warrior Sub-Zero is sent to hunt down MMA fighter Cole Young, who bears the dragon mark. Fearing for his family’s safety, Cole appeals to Lord Raiden, an Elder God and the protector of Earthrealm for aid and receives sanctuary at his temple. There, Cole trains with experienced warriors as he prepares to stand with Earth’s greatest champions against the enemies of Outworld in a high stakes battle for the universe.