With the main casts put in a life-or-death situation due to a wildfire which broke out on Jirisan, Seo Yi-gang (Gianna Jun) and Kang Hyun-jo (Ju Ji-hoon) races against time to rescue trapped victims together with the Haedong Branch rangers. However, what happens when Ju is the one trapped in a burning room? How will he be able to escape? Can Jun save him in time? Jirisan delivered yet another two heart-racing nail-biting episodes that left viewers on the edge of their seats.

In this episode, Ju’s prediction of a wildfire on Jirisan came true, leaving the Haedong Branch rangers risking their lives to rescue trapped victims. As the fire spreads rapidly, were they able to save everyone or did this rescue mission leave them injured instead? While all this happened, the real murderer lurked in the background stalking the rangers. What are the murderer’s plans?

Ju’s special ability proved useful when he had a vision of a banner which read ‘Caution: Wildfire’. Could it be a clue to how the fire started? So many questions as viewers were left guessing if the wildfire was actually natural disaster or arson? Is this incident also linked to previous ones including the yellow ribbon trail, poisoning and explosion? 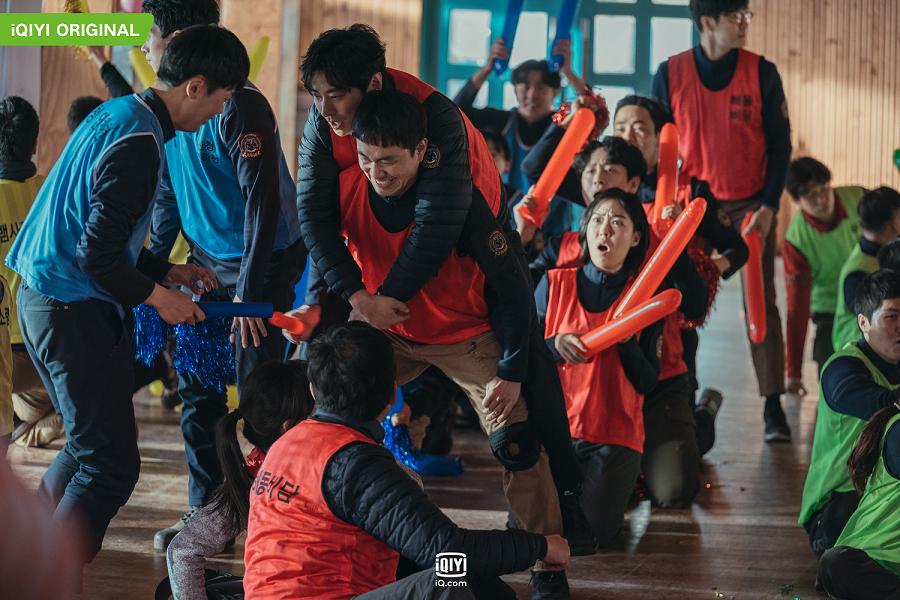 More light was shed onto some of these questions in this episode including more secrets behind Ju’s spirit wandering Jirisan. Ju was also seen in a bloodstained windbreaker as he tried to contact Jun, who is stuck at the foot of Jirisan due to her injury. How or when will the duo reunite once again?

In the midst of tension, suspense and action, Jirisan throws in a little comedy through the comedic interactions between the Haedong Branch rangers, bringing a little laughs to this otherwise stressful plot. During a gathering, the team set aside their professional demeaner and stepped into a fun party-loving group where they turned their get-together into a concert. Jun was seen showing off her vocals and Ju showcased his moves in a wig and sheer top. Sung Dong-il. Oh Jung-Se and Cho Han-cheul also brought on the laughs by cross-dressing and danced the night away.

As the fire spreads across Jirisan from the previous episode, it continued with Jun risking her life to save three children who were trapped on the mountain. Meanwhile, Ju continues trying to trace the murderer with the help of his special ability and the clues left behind. While doing so, Ju got locked into a room which was then set on fire by the murderer as a means to kill Ju.

However, in a harrowing escape and brush with death, Ju survives and revealed to Jun that someone tried to kill him and will come back to finish the job which he failed to complete. Jun then warned Ju against working alone and urged him to always stay by his side.

Back in 2020, Ju, in his spirit form is only able to touch items which originated from the mountain. These items comprising of rocks and twigs were the key tools used by Ju as a way to communicate with Jun. Ju made rock and twig formations as a way to communicate with Jun. Go Min-si, who plays the rookie ranger Lee Da-won, acts as the bridge between Ju and Jun across realms. While running errands for Jun, Go encountered a suspicious team member on the mountain. Who is the mysterious ranger? Could that ranger be the perpetrator? More will be revealed in the upcoming episode!

Jirisan is an iQiyi Original K-series which exclusively simulcasts with Korea at 8pm (MYT) on Saturdays and Sundays on iQiyi International app or on www.iQ.com worldwide.

“The Witch: Part 2. The Other One” Lepasi 1 Juta Penonton Dalam Tempoh 4 Hari Tayangan