Every Saturday, get on a rollercoaster ride of action, adventure and dramatic relationships on HBO GO and HBO! These weekly movies kick off on 6 February with an HBO Max Original, Unpregnant, that follows a seventeen-year-old whose life is upended when she discovers she is pregnant.

Next, enjoy the irrepressible Harley Quinn in Birds of Prey and witness how the best of friends can be tested when their business is on the line in Like a Boss. Finally wrap up the month with The Invisible Man, a terrifying modern tale of obsession and romance gone wrong.

Veronica never thought she’d ever want to fail a test, that is, until her pregnancy test comes back positive. With a promising college-bound future now disappearing before her eyes, Veronica considers a decision she never imagined she’d have to make, leading her and her ex-best friend Bailey on a 1000-mile hilarious road trip to New Mexico.

Over three eventful days, they discover that sometimes the most important choice you’ll make in life is who your friends are. Stars Haley Lu Richardson and Barbie Ferreira. 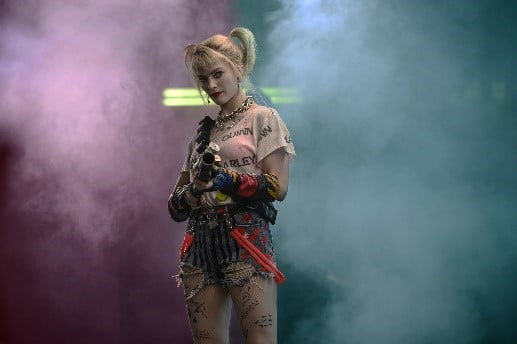 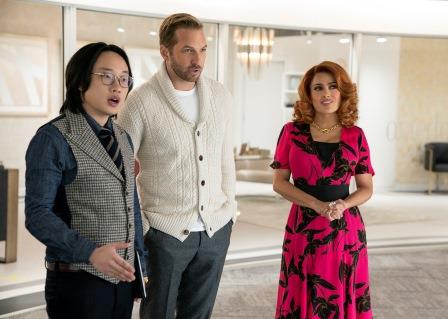 Best friends Mia and Mel run their very own cosmetics company they built from the ground up. However, it’s now the target of a buyout, and while the offer is tempting, it also tests the friendship of two women with different ideals. Stars Salma Hayek, Tiffany Haddish, and Rose Byrne.

A terrifying modern tale of obsession, a young woman escapes her abusive relationship with an optics engineer only to have him fake his death and return as the titular terror who makes it his sole mission to terrorize her. Stars Elizabeth Moss and Oliver Jackson-Cohen.

On Cartoon Network this month, catch the zany antics of a special dragon who sets out to the big city to become the best chef in the world in Journey of Long and watch Gumball and his friends in action with a brand-new compilation of special moments collected from six seasons in The Gumball Chronicles!

For younger viewers, check out the brand-new series, Mush-Mush and the Mushables as part of a special 3-hour block of feel-good and familiar faces that includes Alice and Lewis, Shaun the Sheep, Talking Tom Heros, Pingu in the City and Baby Looney Tunes on Boomerang. 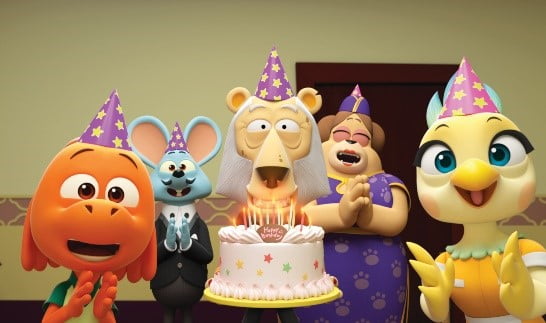 Long is an unexpectedly troublesome dragon who dreams of becoming the best chef in the world. A country dragon at heart, Long embarks on a journey to the big city to follow his dream.

Without a concrete plan, Long fumbles his way into Chow’s Restaurant and decides that it is the ideal place to set up and become a chef. Will Long’s dream of becoming the best chef in the world come true or will he have to return to the country with his tail humbly between his legs? You’ll have to watch the series to find out!

The rib-tickling episodes will focus on Gumball and his friends in Mother’s Day, Father’s Day, and Halloween themed episodes. To commemorate the U.S election, there will also be a four-part election special that follows Gumball as he runs for class president and attempts to find the perfect running mate.

Get to know cute and cuddly Mush-Mush and his best friends Lilit and Chep! In this brand-new series, young viewers get to follow the forest adventures of the Mushable community as they explore, grow and discover just how fun life can be!

Superhero and Sizzling Series You Won’t Want to Miss

At 9.50pm beginning 3 February, dive into the vast DC universe and get your weekly fill of the iconic Superman in Justice League, Man of Steel and Superman: The Movie in a special lead-in to the premiere of Superman & Lois on Warner TV. While this brand-new pilot series on Warner TV delves into the complexities of married life and parenting, a new K-drama series on Oh!K, Love Scene Number#, comes with its own complications in the romance department.

Tyler Hoechlin and Elizabeth Tulloch star as the world’s most famous Super Hero, Superman, and comic books’ most famous journalist, Lois Lane, respectively, as they deal with all the stress, pressures and complexities that come with being working parents in today’s society. Hoechlin and Tulloch have previously appeared as these iconic characters in multiple episodes of the Arrow-verse DC Super Hero series.

A half-hour special, Superman & Lois: Legacy of Hope, introducing the series will air right after the 90-min pilot episode on Wednesday, 24 February. 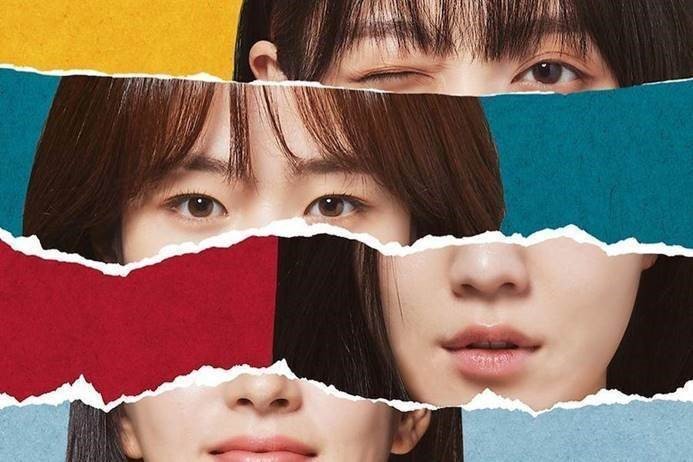 This 8-part drama featuring the stories of four different women who find themselves at a turning point in their lives. The diverse individuals – a university student, an elementary school teacher, an adjunct instructor and furniture designer – are each caught in the orbit of complicated love, moral values, and dating in the modern world. Stars Kim Bo Ra, Shim Eun Woo, Ryu Hwa Young and Park Jin Hee.

For all these titles and more at your convenience, download the HBO GO app at App Store or Play Store and get a free trial to experience a vast selection of television series, movies and HBO Originals, from action and adventure to comedies, documentaries and critically-acclaimed productions. Can’t decide what to watch? Just try the “I’m feeling random” feature to discover something new!

8 RIVETING K-DRAMAS TO WATCH IF YOU LIKE SOLVING MYSTERIES

Your New On Netflix May

MAY HIGHLIGHTS ON WARNERMEDIA CHANNELS AND APPS