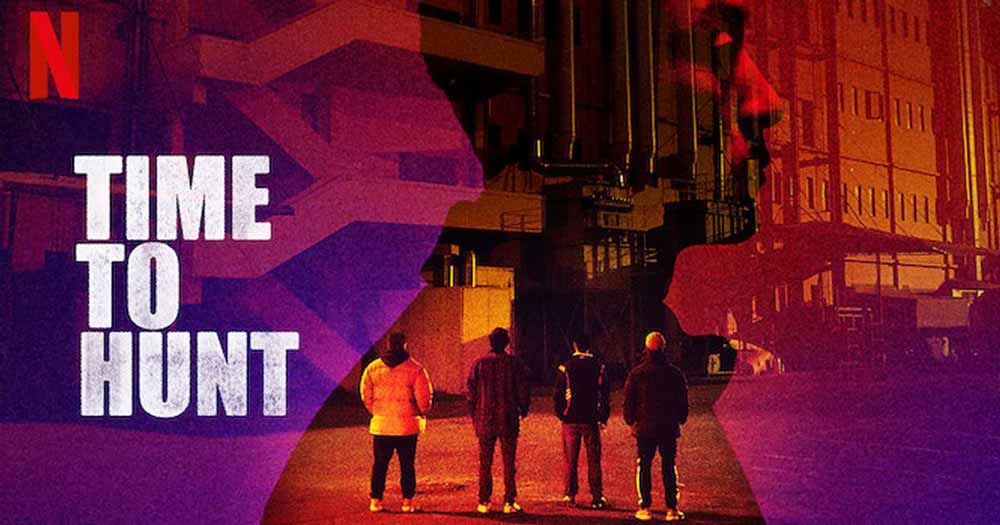 There is no question that these are uncertain times. With most of us trying to get on the path towards TikTok stardom or attempting new trends from the Internet (yup, we’re referring to the gazillion cups of perfectly whipped Dalgona coffee on our feeds), it’s clear that we’re all looking for an escape from our mundane existence.

This is where our favourite crime stories and law offenders swoop in and save the day! If unsolvable mysteries, miraculously well-thought out heists and a flair for the dramatic excite you, these crime films and series will keep you glued to the edge of your seat. Here are some of the most thrilling stories from the sharpest criminals to keep you entertained:- (click link on title)

Set in the near future, Time To Hunt tells the story of a time when the glittering era of consumerism has been defeated by a global financial crisis. The Korean Won is now worthless, and the streets of Seoul are  filled with gunshots and drug violence.

Amidst the chaos, a group of naïve young friends pull off the heist of their lives when they raid an underworld casino. Their dreams of starting a new life on the exotic island of Kenting in Taiwan are quickly crushed when they become the targets of a ruthlessly relentless killer. A chase  through this dystopian world ensues and the friends find themselves caught in a deadly game of cat and mouse that will leave you wanting more.


What initially started out as a series detailing the story of the infamous drug lord, Pablo Emilio Escobar Gaviriar, better known as ‘Pablo Escobar’ has now turned into so much more. This raw, gritty series chronicles the gripping real-life stories of the drug kingpins of the late 1980s and the corroborative efforts of law enforcement to meet them head on in brutal, bloody conflict.

With thrilling dramatized scenes and actual news footage from the 80’s, the series shows the many, often-conflicting forces – legal, political, police, military and civilian – that clash in the effort to control cocaine – one of the world’s most valuable commodities.

Mindhunter is not your typical criminal show about good vs evil, rather it’s a show that eliminates the conceptions that one is wholly good or bad. In the show, FBI agents Holden Ford and Bill Tench probe further into the psyches of those who have done the unthinkable. With help from psychologist Wendy Carr, they apply their groundbreaking behavioral analysis to hunting notorious serial killers.

While movies and tv series surrounding heists have often been given a bad rep for their cliché storylines, Money Heist, otherwise known as La Casa De Papel follows a group of nine mysterious robbers headed by their nameless boss also known as ‘The Professor’. Part of what makes the series so intriguing, is the fact that The Professor is not  interested in planning the ‘perfect crime’, as he realises his plan is imperfect because he’s dealing with imperfect people.

He obsesses over details and takes many years to research every aspect of the heist from police procedures in negotiating with criminals and rescuing hostages to a  hostage’s psychology and behavior in dangerous situations.  Now in its fourth season, Money Heist gives viewers the thrill of now knowing what will happen next as the group works on their next target.

As we practice social distancing these next couple of weeks, you can stay safe and still go on an adventure  of a lifetime right from the comfort of your home as you explore the various worlds of crime. Check out these shows and more, now streaming on Netflix.