Love comes in many shapes and forms, and Oh!K (Astro Ch 394) is proud to present eight of the most memorable K-drama romances this March to celebrate White Day:

This eight-episode omnibus drama tells four different romance stories featuring four female characters who are each at a turning point in their lives when it comes to love, dating, and their values.

Catch the stories of a university student who is secretly involved in polyamorous relationship with three men; an elementary school teacher who runs away from her own wedding after undergoing a sudden change of heart; an adjunct instructor at a university; a furniture designer who discovers that her husband of 20 years is having a spiritual extramarital affair. Stars Kim Bo-Ra, Shim Eun-Woo, Ryu Hwa-Young, Park Jin-Hee.

When two divorce attorneys who are married want a divorce from each other, can the proceedings possibly be civil? Yeon Hyung Woo and Lee Eun Jae fall in love at first sight. The whirlwind romance leads to a quick marriage. Then the nonstop bickering begins as they face each other in the courtrooms and at home. When they decide just as quickly to divorce, the gloves come off. Will the couple survive the divorce? Stars Choi Ji-Woo, Yoon Sang-Hyun, Kim Jung-Tae, Jo Mi-Ryung, Ha Seok-Jin.

(Airs Mondays to Fridays at 11pm)

A heart-warming family drama about an elderly couple’s remarriage, forcing two reluctant families together. This drama will describe how their grown-up children react and deal with this new situation and their eventual acceptance of each other as one big, happy family. Stars Lee Sang-Yeob, Hong Soo-Hyun, Suh Ji-Suk, Shin Da-Eun.

4. You Are So Pretty

(Airs Tuesdays to Fridays at 9pm)

Yoo-rang is confident and optimistic about life in general. She falls in love for the very first time with Chi-young. But Chi-young suddenly leaves her to return to Seoul. Desperate to be with Chi Young, Yoo-rang flies to Seoul only to find out that he is a married man. Stars Yoon Se-Ah, Kim Tae-Hoon, Hyun Woo-Seoung, Park Tam-Hee.

(Airs every Monday with back-to-back double episodes from 1 March at 7.40pm) 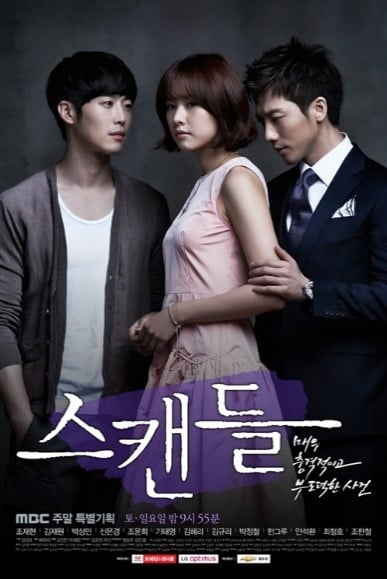 Detective Ha Eun Joong discovers that his father, Myung Gun, kidnapped him when he was a child as revenge against Jang Tae Ha, the man responsible for his son’s death. As Eun Joong searches for the truth, he becomes caught between his two fathers and the woman he loves, Woo Ah Mi. Stars Kim Jae-Won, Jo Yoon-Hee, Cho Jae-Hyun, Shin Eun-Kyung.

A government official finds himself in an unusual position when the ghost of a young woman seeks his help to avenge her death. Stars Lee Joon-Gi, Shin Min-A, Yoo Seung-Ho and Yeon Woo-Jin.

Scarred by her father’s infidelity which led to her parents’ divorce, Kang Jae-Mi is wary of smart and talented men like her father. She ends up marrying a “loser” Han Jung-Soo, but the marriage doesn’t last. Not ready to give up on their marriage, Jung-Soo hires a lawyer to invalidate their divorce, the smart and sharp Byun Dong-Woo. They begin as enemies, but Dong-Woo falls for Jae-Mi. Stars Lee Bo-Young, Lee Tae-Sung, and Jin Yi-Han.

Oh!K offers viewers in Southeast Asia the ultimate Korean entertainment, such as first-run premium drama series as well as variety and music programming. A brand powered by major studios and content creators including MBC, one of Korea’s leading broadcasters and content providers, Oh!K is for everyone who loves drama – packaging iconic and award-winning hit series from an unrivalled catalogue of content. The channel also provides audiences access to exclusive events and fan-meets. Oh!K is a brand created and distributed by WarnerMedia Entertainment Networks. Visit Facebook.com/OhKTVAsia for more information.