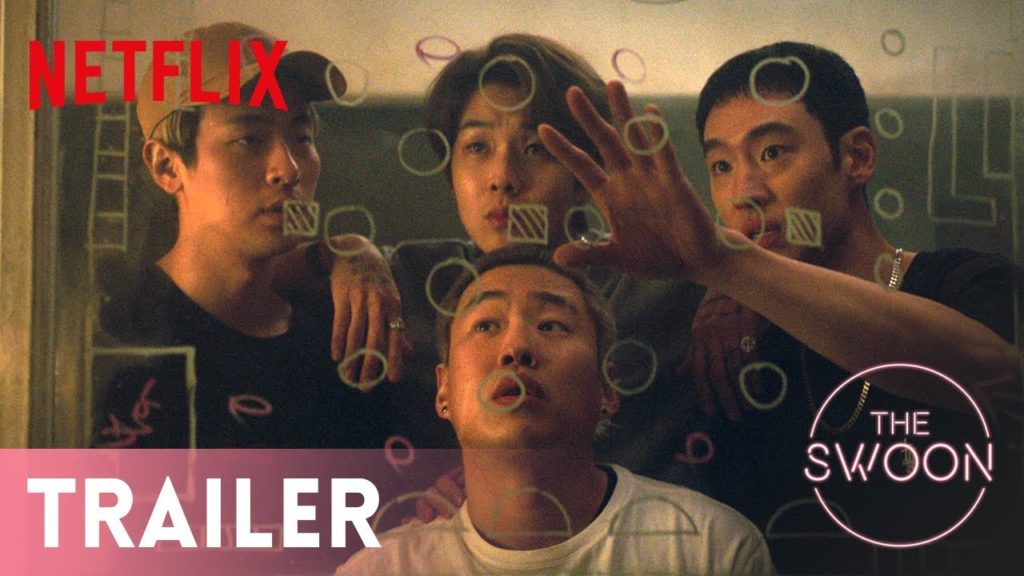 The once glittering era of consumerism has been defeated by a global financial crisis. The Korean won is worthless and the streets of Seoul are rampant with gunshots and violence. In the pursuit of living out their days on an island far away, four naive friends pull off the heist of their lives, raiding an underground casino run by gangsters.

The plot thickens when a ruthless, relentless killer places a target on their backs and chases them through this dystopian world in a deadly game of cat and mouse. Now, the hunt begins.

So, who’s being hunted? If you’re an diehard Korean drama fan, you’ve probably seen and loved them as a zombie, prisoner or maybe even your friendly neighbour. Here are 5 of your favourite K-stars that are coming to a dystopian South Korea near you in Netflix’s Time To Hunt, coming April 10. 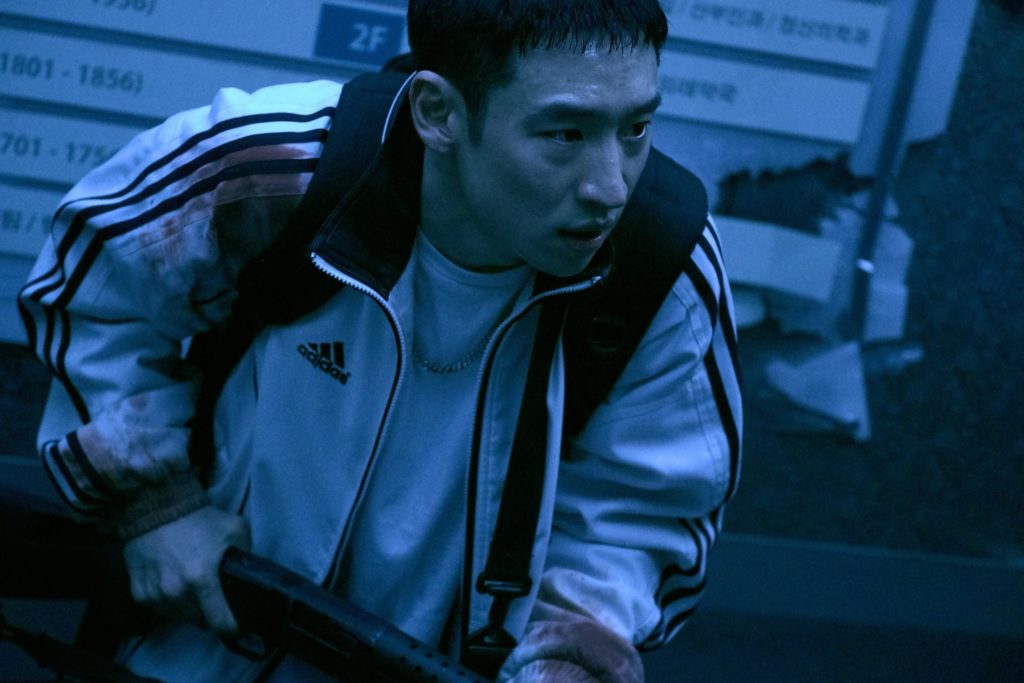 Lee Je-hoon stars as Jun-seok, a reckless idealist who just got out of prison, and is striving for his dreams no matter the consequences. An award winning actor, he gained critical acclaim for his roles in the film The Front Line  and indie film Bleak Night.

You’ve also seen him as a real-estate CEO in Tomorrow, With You and an adorable Incheon International Airport staff in Where Stars Land. If you’d like to see Je-hoon (and his abs) guest star on Running Man – check out Episode 298. You’re welcome! 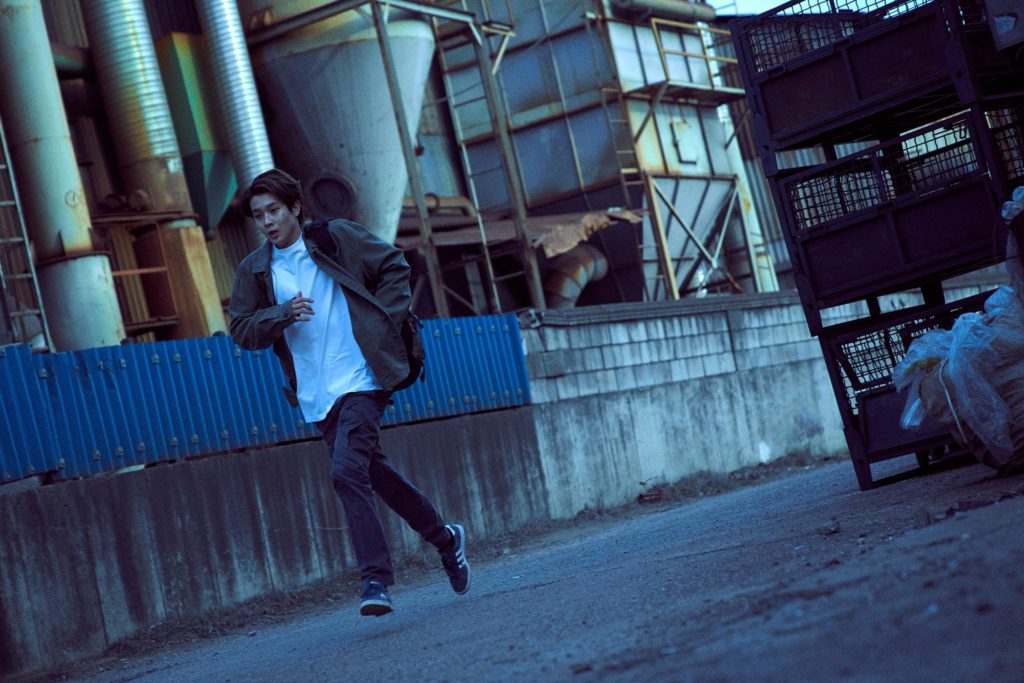 Choi Woo-shik is no stranger to the Korean film industry with his recent role as Kim Ki-woo, or Kevin, in the Oscar-winning Parasite, the first South Korean film to be nominated for Best International Film and Best Picture. This was his second Bong Joon-ho film after the Netflix Original Okja, where he played a truck driver for the Mirando corporation, a company that bred super pigs.

You may also recognise his supporting roles as a persistent doctor, Park Moo-bin, who chases after Choi Aera in Fight For My Way and Young-gook in the 2016 zombie phenomenon, Train to Busan. 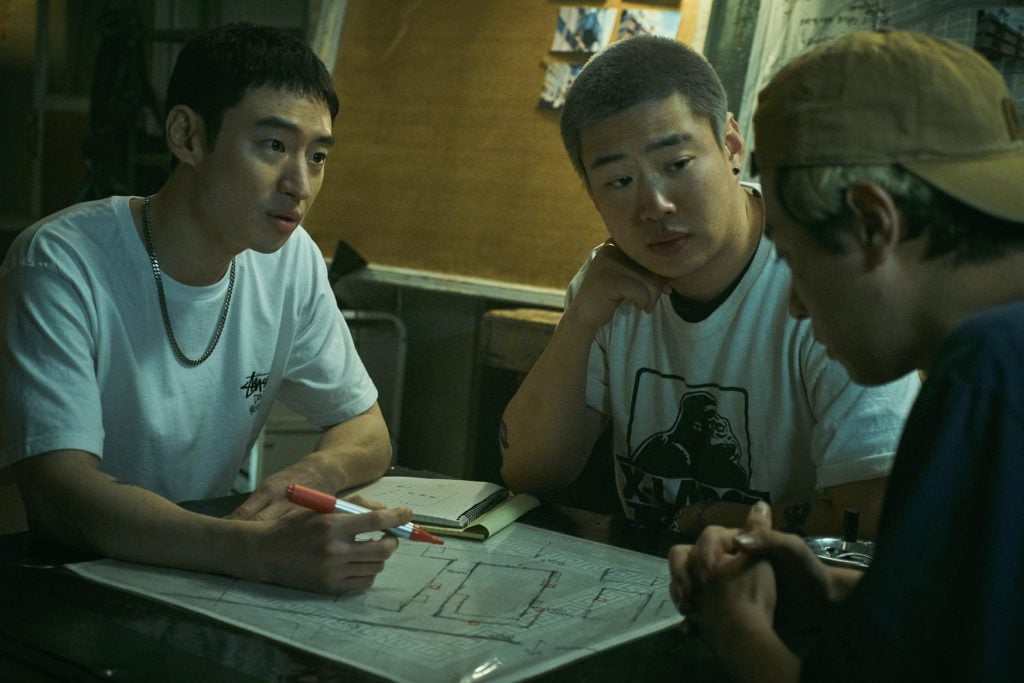 You may not recognise him in blond hair, tattoos and African-American street wear but Ahn Jae-hong is still as lovable in Time To Hunt. Director Yoon Sung-hyun handpicked him for the role of Jang-ho after watching his previous projects including Reply 1988, The King of Jokgu and Sunshine Boys.

You’ve rooted for him as Kim Joo Man in Fight For My Way when he was hiding his six year relationship with Seol Hee in their workplace and invested in that fake date he went on as Beom-Soo in Be Melodramatic so that he could work on a script with Jin-joo. You may not know this but he also had a cameo role as a palace royal in Kingdom 2. Try and spot him! 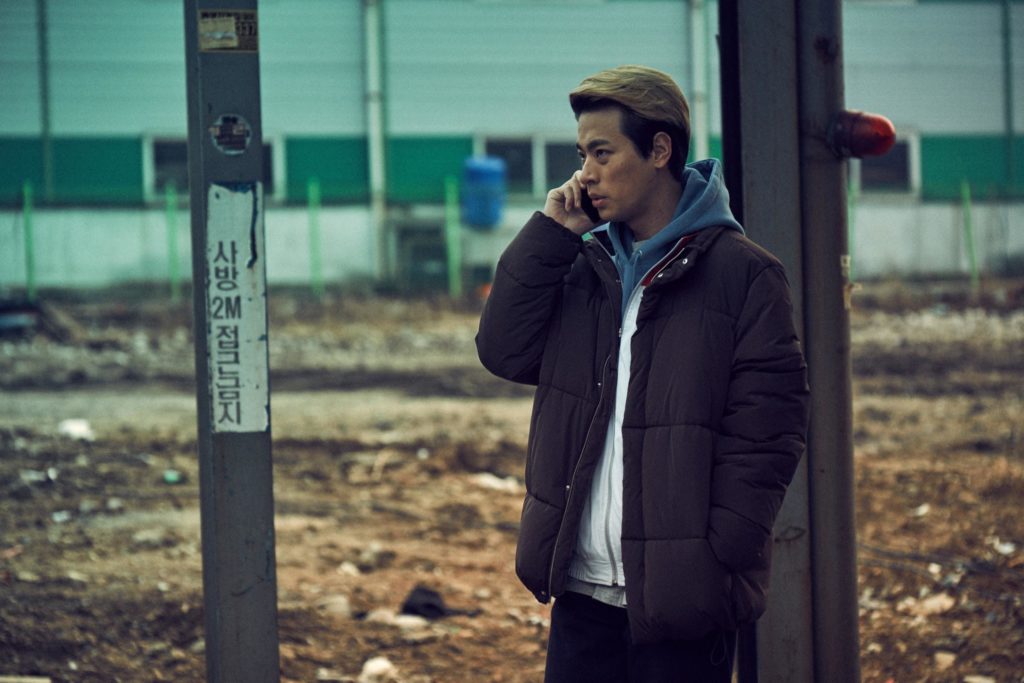 Park Jung-min plays Sang-soo, a staff member of the casino who unfortunately joins the heist in order to repay Jun-seok.

He made his debut and starred alongside Lee Je-hoon in the highly acclaimed student film Bleak Night as Baek Hee who is constantly bullied in high school. He also played a piano prodigy who has savant syndrome in Keys to the Heart and a car mechanic in the 2019 mystery thriller Svaha: The Sixth Finger. 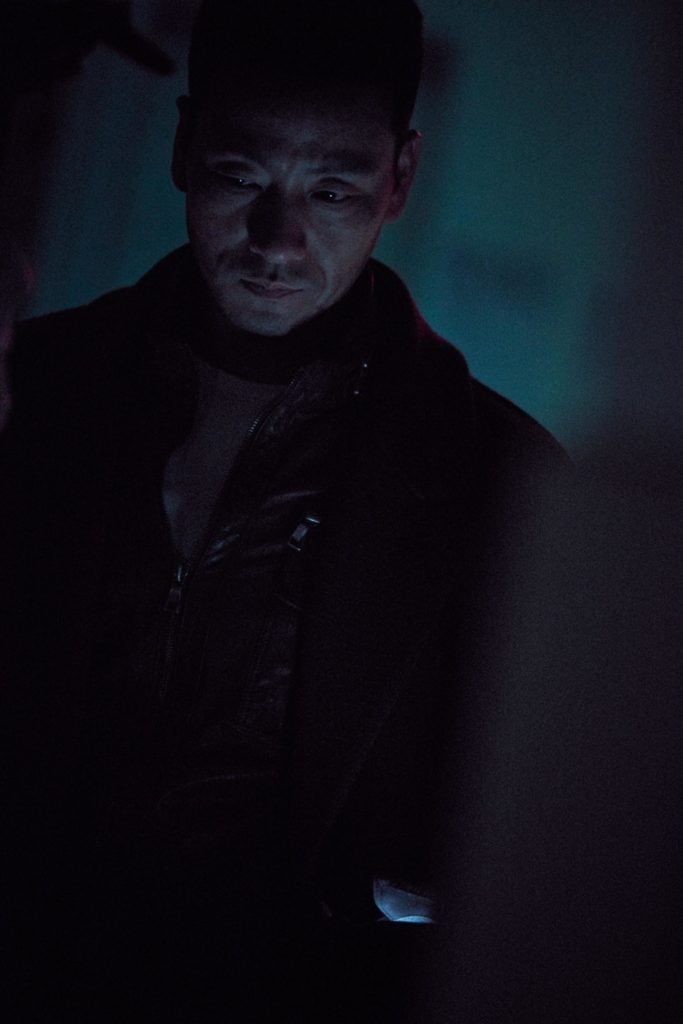 Oppa Park Hae-soo is the thrill of this thriller for sure as his character, Han, wreaks havoc as he hunts down the robbers of the casino.

Hae-soo made us cry our eyes out with Prison Playbook as we watched the famous baseball pitcher Kim Je Hyuk get slapped with a prison sentence days before his flight to Boston to join the Red Sox. We’ve also seen him rip his literal heart out for a woman (talk about commitment) in the anthology series, Persona.

Catch Time To Hunt on Netflix, available from 10 April 2020.