Start-Up is the latest drama to be buzzing with second lead syndrome. From the first episode, Han Ji-pyeong (Kim Seon-ho)’s heart-wrenching story makes you wish for his happiness. As an orphan, he had nowhere to go until kind grandmother Choi Won-deok (Kim Hae-sook) helped him out. He’s the real author behind the letters that Seo Dal-mi (Bae Suzy) found much comfort and love in. While he has a tough exterior, Ji-pyeong goes out of his way to help Dal-mi and her grandmother. He’s got such a soft heart hidden beneath his cold words.

Reply 1988 had us guessing the identity of Sung Deok-sun (Lee Hye-ri)’s husband until the end of the series. The older version of her husband seemed pretty grumpy, so most assumed the husband would be Kim Jung-hwan (Ryu Jun-yeol). After all, Deok-sun and Jung-hwan clearly had feelings for one another. Jung-hwan was so cute to watch as he secretly doted on Deok-sun. Unfortunately, Jung-hwan couldn’t confess in time. While his character didn’t end up with the girl, actors Lee Hye-ri and Ryu Jun-yeol became a real life couple!

In Mr. Sunshine, there are actually three men who care about leading lady Go Ae-shin (Kim Tae-ri). However, Goo Dong-mae (Yoo Yeon-seok) is the one who incites second lead syndrome. They share a special history due to Ae-shin helping save Dong-mae’s life when they were children. Dong-mae has very intense feelings for Ae-shin which he struggles to admit. Ultimately, he does whatever he can to ensure her safety and wellbeing.

Baek In-ho | Cheese in the Trap

The main lead of Cheese in the Trap, You Jeong (Park Hae-jin), is a bit hard to root for. He hides his true nature from people, but Hong Seol (Kim Go-eun) sees through his facade. Jeong’s twisted and manipulative personality begins to affect Seol, but he suddenly becomes nice and asks her out. While she’s still trying to figure him out, second lead Baek In-ho (Seo Kang-jun) enters the picture. He’s much more normal and caring, which makes us want Seol to pick him instead.

Han U-Tak | While You Were Sleeping

While You Were Sleeping has a strong likeable male lead in Jeong Jae-chan (Lee Jong-suk), but swoon-worthy Han U-tak (Jung Hae-in) definitely gives us second lead syndrome. U-tak develops feelings for Nam Hong-ju (Bae Suzy) as the three of them work to prevent tragedies. U-tak is a true gentleman and never makes Hong-ju feel uncomfortable due to his feelings. He’s always there for her, looks hot in uniform, and has such an adorable smile.

Hotel Del Luna shows Go Cheong-myeong (Lee Do-hyun) and Koo Chan-sung (Yeo Jin-goo) as Jang Man-wol (IU)’s love interests. What made Cheong-myeong such a strong second lead was their sad love story that began over a thousand years ago. Man-wol was unaware of how everything Cheong-myeong did was to help spare her life. While she wondered if Chan-sung was the reincarnation of her first love Cheong-myeong, Cheong-myeong had actually been by her side all those years.

Extraordinary You’s second lead, Baek Gyeong (Lee Jae-wook), seems like a bad boy jerk at first. While he is the destined romantic partner for Eun Dan-o (Kim Hye-yoon) in their comic book world, Dan-o fights against her fate to find her own true love. However, even after Gyeong realizes the truth about their world, he finds himself still caring for Dan-o. Eventually, he wants Dan-o to feel free to be herself, so he let’s her go. While we’re happy for Dan-o, we can’t help but wish for a happier ending for Gyeong.

Kim Shin-hyuk | She Was Pretty 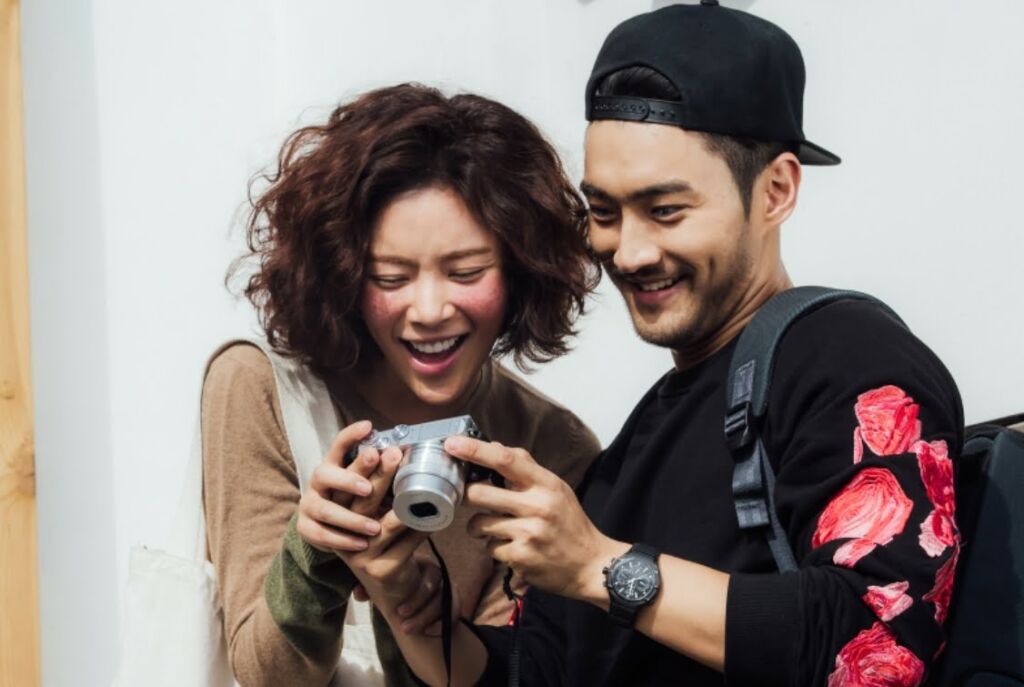 She Was Pretty stars the always lovable Park Seo-jun, but the character Shin-hyuk (Choi Si-won) gives us major second lead syndrome. Hye-jin (Hwang Jung-eum) goes unrecognized by her childhood friend Sung-joon (Park Seo-jun), but Shin-hyuk sees past her appearance and likes her for who she is from the beginning. Plus, he’s super charming and goofy, never failing to make Hye-jin smile. Shin-hyuk loves Hye-jin just as she is and loves her freckles and frizzy hair to boot.

Do Bong-soon (Park Bo-young) crushes on In Guk-doo (Ji Soo) in Strong Girl Bong-soon for the longest time. Guk-doo is always concerned for Bong-soon and makes her safety a priority. Unfortunately, Guk-doo doesn’t express that he also has feelings for Bong-soon in time which leads Bong-soon to fall in love with Ahn Min-hyuk (Park Hyung-sik). Guk-doo is heartbroken at his missed timing, but he ends up having a cute bromance with Min-hyuk.

Which characters gave you the biggest case of second lead syndrome? Check out all of these shows, and more, on Netflix!