Sometimes it’s difficult to find motivation to complete goals whether they are small or big. It’s easier to accept defeat or try to procrastinate. However, there’s nothing more satisfying than fulfilling your objectives and dreams. Be inspired and gain motivation from these characters who pursue their dreams despite various obstacles. 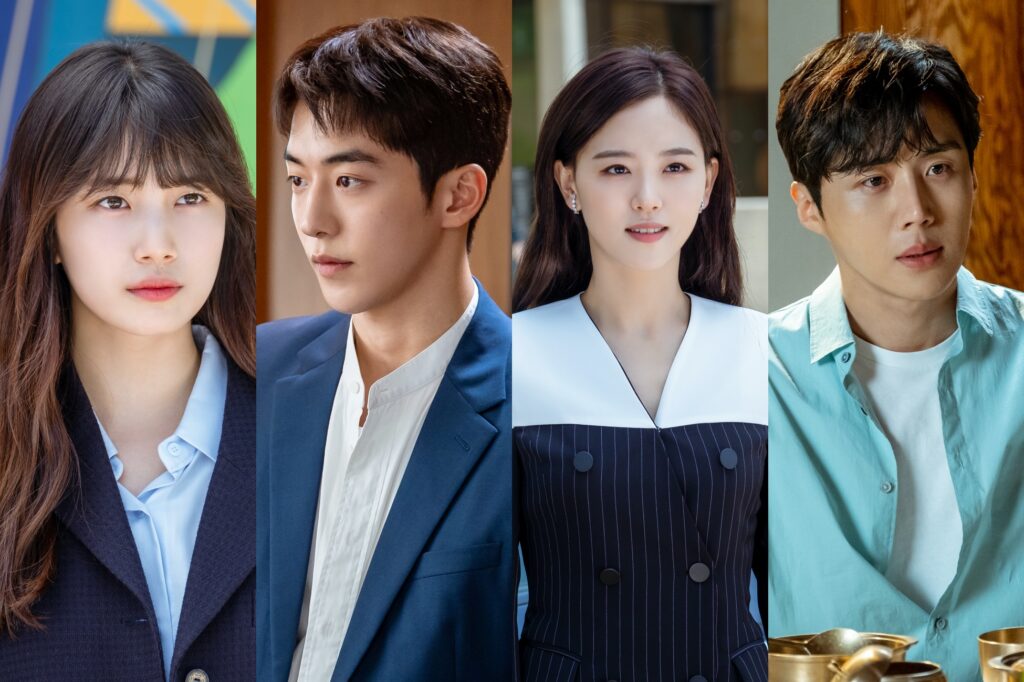 Start-Up features four, very driven, characters interested in start-ups and technology. Seo Dal-mi (Bae Suzy) and Won In-jae (Kang Han-na) are sisters who were separated after their parents’ divorce and develop a rivalry. Nam Do-san (Nam Joo-hyuk) was a math prodigy as a child, but hasn’t had much luck with his company Samsan Tech yet. Han Ji-pyeong (Kim Seon-ho) was a disadvantaged orphan, but transformed his life with the help of Dal-mi’s grandmother. The foursome learn and grow as they pursue their tech dreams.

Record of Youth also centers on young people chasing after their dreams, but in the entertainment industry. Sa Hye-jun (Park Bo-gum) and Won Hae-hyo (Byeon Woo-seok) are both model-turned actors hoping to make it big. An Jeong-ha (Park So-dam) quits a secure office job at a conglomerate in order to take on her dream job of being a makeup artist. As they go after their dreams, there are people who block their paths. However, they strive to overcome setbacks as they further their careers. 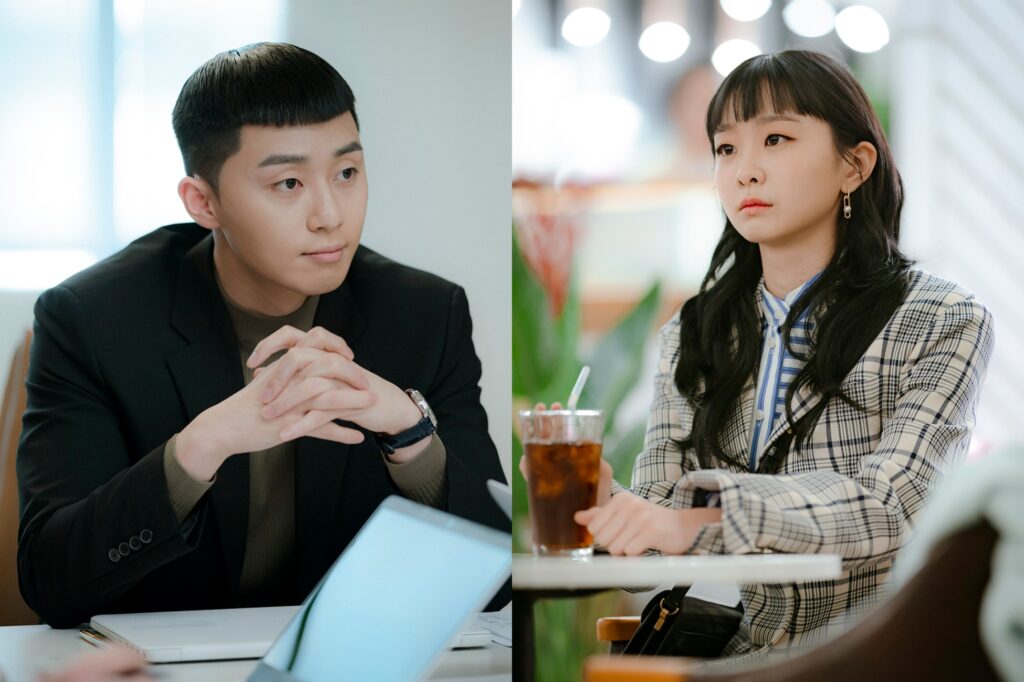 Itaewon Class showcases the battle between Park Saeroyi (Park Seo-jun) and food conglomerate Jangga Group. Saeroyi gets expelled from school, loses his father, and becomes a convict because of Jangga Group’s CEO and his son. These unfair events are enough to anger anyone, but Saeroyi overcomes his anger and channels it into creating a bar-restaurant. The callous and intelligent Jo Yi-seo (Kim Da-mi) decides to help grow Saeroyi’s business. Along with the other DanBam crew, the pair fight back against Jangga Group. 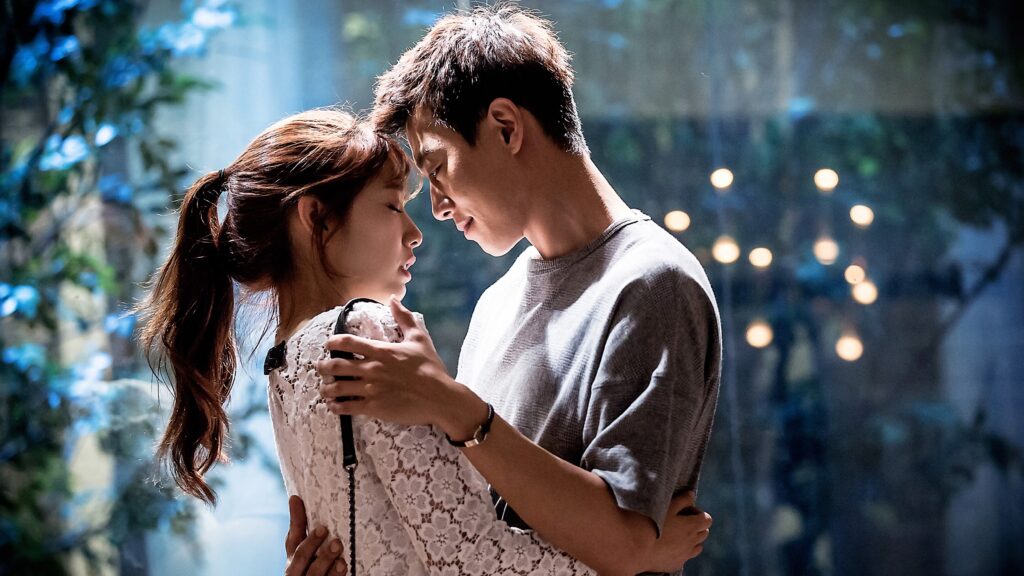 Doctors proves that anyone can turn their life around with determination and hard work. Yoo Hye-jeong (Park Shin-hye) had a tough childhood, and is a headstrong delinquent in high school. Due to her unruly behavior and her financial situation, Hye-jeong’s future does not look particularly promising. However, she is changed after meeting compassionate teacher Hong Ji-hong (Kim Rae-won) who inspires her to change her path and become a doctor. 13 years later, they reunite after Hye-jeong has become a neurosurgeon.

Fight for My Way 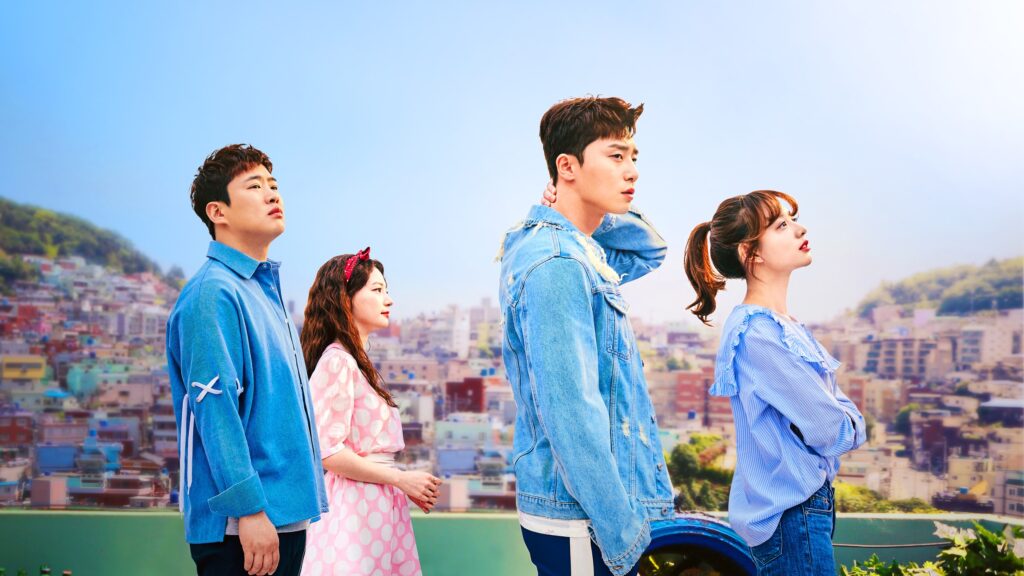 Fight for My Way shows four friends whose lives don’t go as they had initially planned. In particular, Ko Dong-man (Park Seo-jun), Choi Ae-ra (Kim Ji-won), and Baek Sul-hee (Song Ha-yoon) are not satisfied with their current job situations. Ae-ra hasn’t given up on her dream though, and pursues a new opportunity. This inspires Dong-man to find a career that makes him happy as well. Facing difficult people and circumstances, the four friends grow as they pursue their dreams and change their lives. You might be stuck in a situation, but you can still go after your goals. 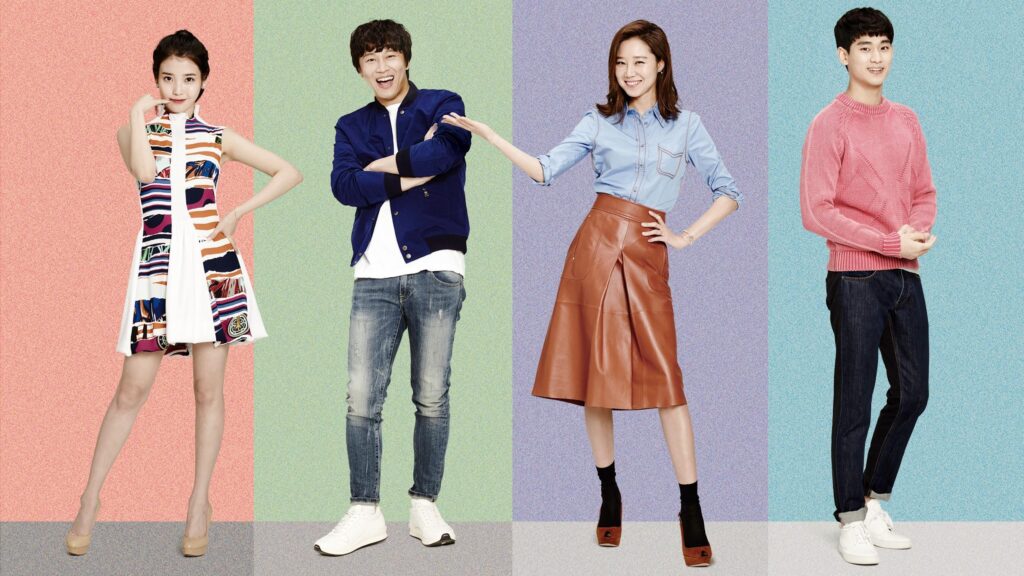 The Producers takes a look at four people behind the scenes of the broadcasting world. Baek Seung-chan (Kim Soo-hyun) becomes a rookie producer in order to work closely with his crush. However, he ends up joining Ra Joon-mo (Cha Tae-hyun)’s show instead. Joon-mo struggles to revive ratings for his show and seeks help from his friend and fellow producer Tak Ye-jin (Kong Hyo-jin). Lastly, Cindy (IU) is a famous singer who debuted at a young age. This drama shows how things won’t always be smooth sailing even when you get the job you aimed for. However, the characters work hard and with passion in order to protect their dreams. 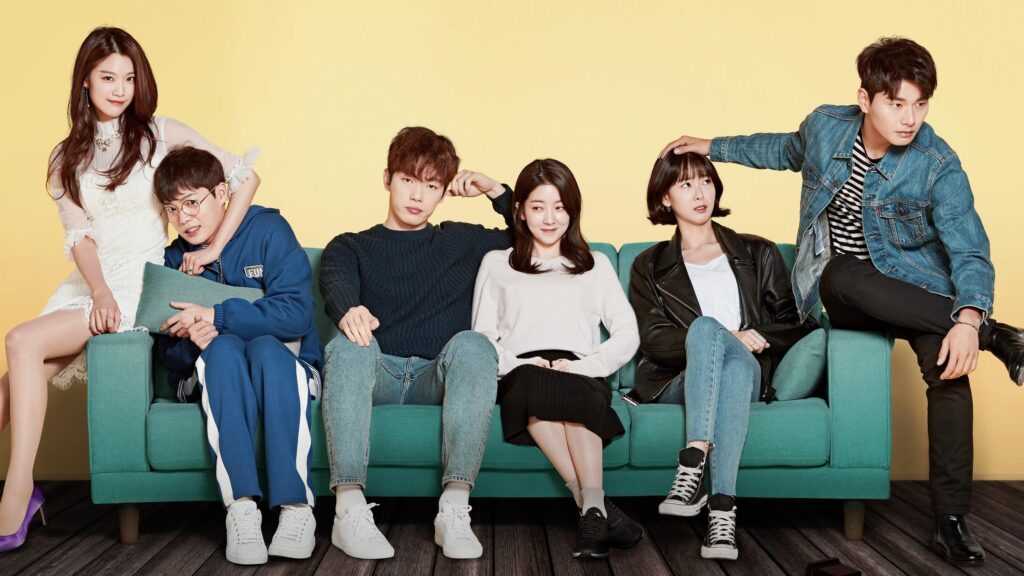 Welcome to Waikiki gathers three young men and women who run a guesthouse together while pursuing their dreams. At first, the guesthouse is managed by the three guys who individually aspire to be a successful director, actor, and screenwriter. The three girls who join them also have different career goals: pastry chef, journalist, and model. Many humorous, embarrassing situations befall the six characters as they are sometimes forced to do things they don’t want to do while they pursue better opportunities. 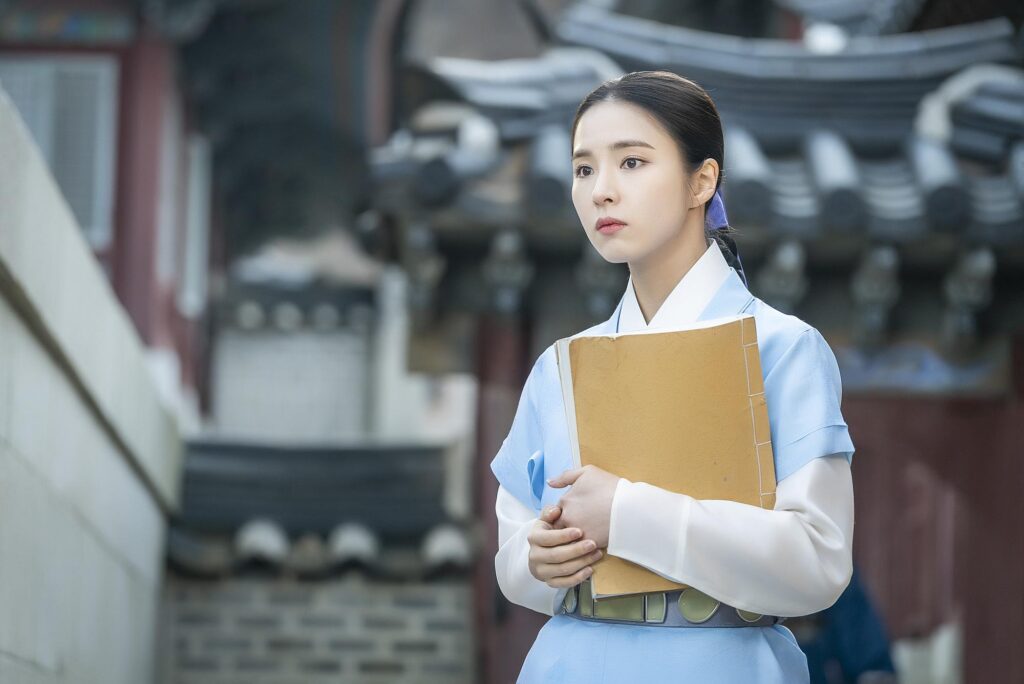 Rookie Historian Goo Hae-ryung centers around free-spirited Goo Hae-ryung who focuses on studying instead of romance unlike most of her peers. She works hard to become a historian while fighting gender stereotypes. Despite being looked down upon due to being a woman, Hae-ryung doesn’t hesitate to voice her opinions and defend people who have been wronged. She’s an admirable character who stands up for what she believes in even if it means going up against the king. Be motivated by her bravery to pursue your dreams as well! 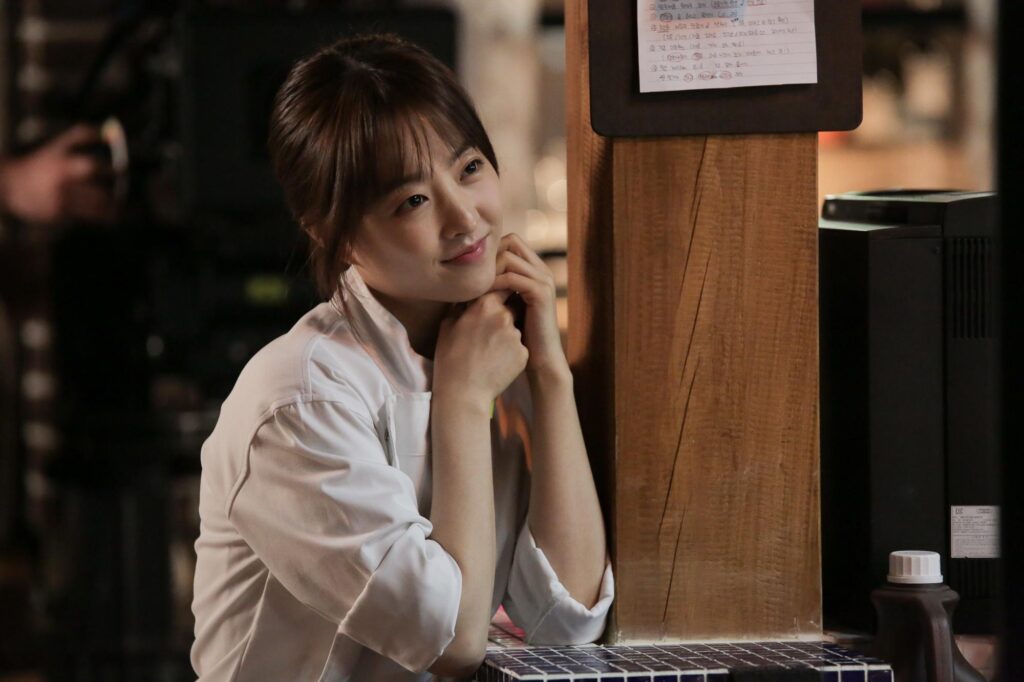 Oh My Ghost’s heroine, Na Bong-sun (Park Bo-young), is a timid assistant chef with low self-esteem. She’s not confident enough in her cooking skills and has a secret crush on her boss Kang Sun-woo (Cho Jung-seok). After getting possessed by the ghost of a lustful virgin Shin Soon-ae (Kim Seul-gi), she changes completely and catches the attention of Sun-woo. With Soon-ae’s help, Bong-sun gains the confidence to show her culinary skills and go after the man she’s interested in. Sometimes it’s hard to believe in yourself and external help can make all the difference. An encouraging friend can help you realize the potential you had inside of you all along.

Which of these motivational stories do you love the most? Be sure to watch all these shows and more, on Netflix!

BAE SUZY AND NAM JOO-HYUK ASK YOU TO CHECK OUT THEIR NEW DRAMA START-UP!