Sweet romance and fun comedy movies are great and all, but sometimes we’re more in the mood for a bold nailbiter with a darker storyline. There’s a special appeal to dark and gritty movies because the stakes are higher and everything becomes that much more impactful. Whether there’s realistic action or a gripping revenge story, darker movies hit differently. Check out some movies that’ll satisfy below.

Night in Paradise tells the story of mobster Park Tae-gu (Um Tae-goo) who hides out in Jeju Island following a brutal tragedy. Having exacted revenge, Tae-gu now has a target on his back. At the island, he meets Jung Jae-yeon (Jeon Yeo-been) who is struggling with her own personal tragedies. Tae-gu’s adversaries continue to pursue him leading to gruesome consequences as night falls in paradise.

Forgotten focuses on Jin-seok (Kang Ha-neul) who witnesses his brother Yoo-seok (Kim Moo-yul) being abducted. Something feels off when Yoo-seok returns with no memory of the past 19 days, prompting Jin-seok to search for the truth behind the kidnapping. This thriller will keep you on your toes with its unpredictable twists and intriguing storyline. Full of suspense, you’ll be shocked as you piece the answers together.

The Drug King is inspired by the true story of an infamous drug lord in Korea in the 1970s. In the film, Lee Doo-sam (Song Kang-ho) is a smuggler who builds his empire and expands into illicit drug trafficking. As he enters the upper levels of drug dealing, he accumulates a lot of wealth in the process. However, with his rise also comes his eventual downfall when he becomes overcome with greed and addiction.

Friend is a classic Korean movie that is a cult favorite among many. Four boys who grew up as best friends begin to follow their separate paths. Joon-seok (Yu Oh-seong) develops an addiction but recovers as he mourns his father’s death. He then follows his father’s footsteps and becomes a crime lord. Meanwhile, Dong-su (Jang Dong-gun) becomes a mobster within a rival organization, creating a dangerous rivalry between the two friends.

Jo Pil-ho: The Dawning Rage follows corrupt cop Jo Pil-ho (Lee Sun-kyun) who is being investigated by internal affairs. He attempts to rob a police warehouse with his informant Gi-chul (Jung Ga-ram), but a suspicious explosion derails his plans. Pil-ho ends up searching for Gi-chul’s girlfriend Mi-na (Jeon So-nee) in order to unravel the conspiracy. As the truth unfolds, Pil-ho comes across opponents who are worse than him.

26 Years deals with the real-life massacre of innocent civilians in Gwangju in May 1980. The fictional story shows five ordinary people come together 26 years later to assassinate the man who orchestrated the massacre. A policeman, a gangster, an Olympic sharpshooter, a businessman, and a head of a private security firm make up the group seeking revenge. They work together to figure out a way to shoot the former president.

Time to Hunt is set in a miserable dystopian future where there is not much hope for a group of outlaw friends. They plot a heist in order to escape and enjoy life in paradise. While they pull off the heist, this attracts the attention of a vicious killer. The killer relishes the game of cat and mouse as he hunts them down. The combination of a casino heist and dangerous pursuit in a grim setting makes for a unique experience. 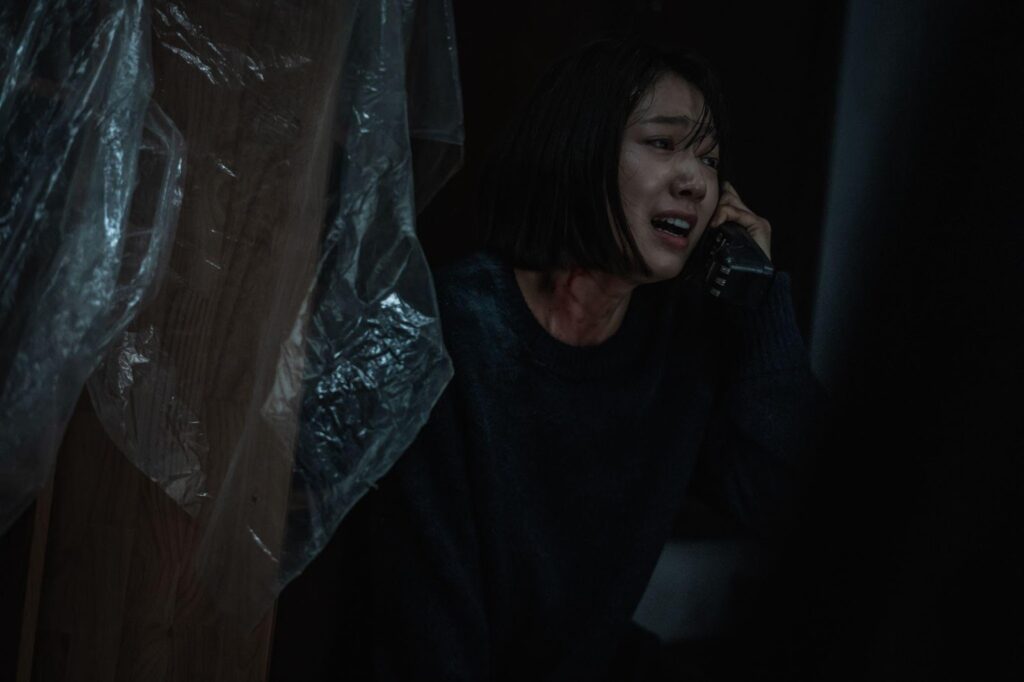 The Call shows the chilling aftermath when Seo-yeon (Park Shin-hye) and Young-sook (Jun Jong-seo) begin talking to each other through a phone. They are living in the same home, but are 20 years apart. Seo-yeon is in a precarious situation when Young-sook decides to put Seo-yeon’s life on the line in order to change her own fate. The chilling thriller will have you never looking at fire extinguishers the same way again.

Which of these movies are you going to watch next? View them all on Netflix!