From badassery to eccentric humor, Vincenzo has a little bit of everything. Adding on to the fun of a lawyer who gives the bad guys a taste of their own medicine are the surprising twists and turns in the story. There is a fun mixture of unpredictable and wacky events that delight viewers worldwide each week. Check out some of the most surprising moments so far below!

🚨 Spoilers ahead if you’re not caught up until Episode 10! 🚨

1. What happened to Mr. Cho

Mr. Cho (Choi Young-jun) being forced to sign over Geumga Plaza to Babel Group wasn’t necessarily surprising. However, immediately getting hit by a truck of doom definitely was. Even more surprising was him actually surviving the collision! Despite the near death experience, Mr. Cho continues to help Vincenzo (Song Joong-ki) as they try to figure out a way to get the fortune of gold hidden below the building. However, there might be some trouble ahead with Vincenzo prioritising taking down Babel over getting the gold.

2. How far Choi Myung-hee went in order to gain the upper hand

It was obvious Choi Myung-hee (Kim Yeo-jin) was going to be on the bad guys’ side, but who knew she would be so vicious? The zumba lover ordering the hit on Hong Cha-young’s (Jeon Yeo-been) father revealed how far she’s willing to go. If she’s fine with being responsible for the death of one person, she probably doesn’t have any qualms about killing more people. She’s met a match in Vincenzo, but she’s eager to keep fighting. Given her antagonistic relationship with Hong Cha-young, you can expect even more dirty tricks up her sleeve.

In earlier episodes, we saw the people of Geumga Plaza shy away from gangsters and avoid confrontation. Lee Cheol-wook (Yang Kyung-won) talked big about his fighting skills, but never proved them until intruders entered Vincenzo’s home. It seems like the pawnshop couple are former athletes with Cheol-wook being versed in judo and his wife Jang Yeon-jin (Seo Ye-hwa) showing some weightlifting moves.

It was even more surprising when we saw dry cleaner Tak Hong-sik (Choi Duk-moon) expertly pierce bad guys with his scissors. There’s definitely more to the people of Geumga Plaza than meets the eye.

4. Wasps in the courtroom

In order to postpone the case involving Babel Chemicals, Team Geumga went all out. Hong Cha-young pretending to faint and Mr. Cho causing the lights to go out were somewhat standard moves. However, releasing wasps to disturb the courtroom was definitely an original idea. Dousing the judge with honey water and getting him stung in the face was quite genius and oh so amusing!

With Wusang interfering with witnesses for the case against Babel Chemicals, Hong Cha-young and Vincenzo schemed their way into admitting the Italian lawyer as a surprise witness, and one who can’t be rejected at that. Another nice twist was the fact that their medical expert witness is the wife of the corrupt medical expert on Babel Group’s side. Vincenzo has outsmarted his enemies before, but this was surprising given how hopeless their situation had seemed.

6. Jang Joon-woo being the real head of Babel Group…

In the first few episodes, we only see the cute and bumbling side of Jang Joon-woo (Ok Taec-yeon). His feelings for Hong Cha-young and him riding around on an electric scooter were pretty endearing. The reveal of him being the intimidating head of Babel Group was shocking to say the least. He’s quite unhinged whenever things don’t go his way, and he’s a chilling character who even killed his own father.

7. … and the killing spree that left a trail of bodies in his wake 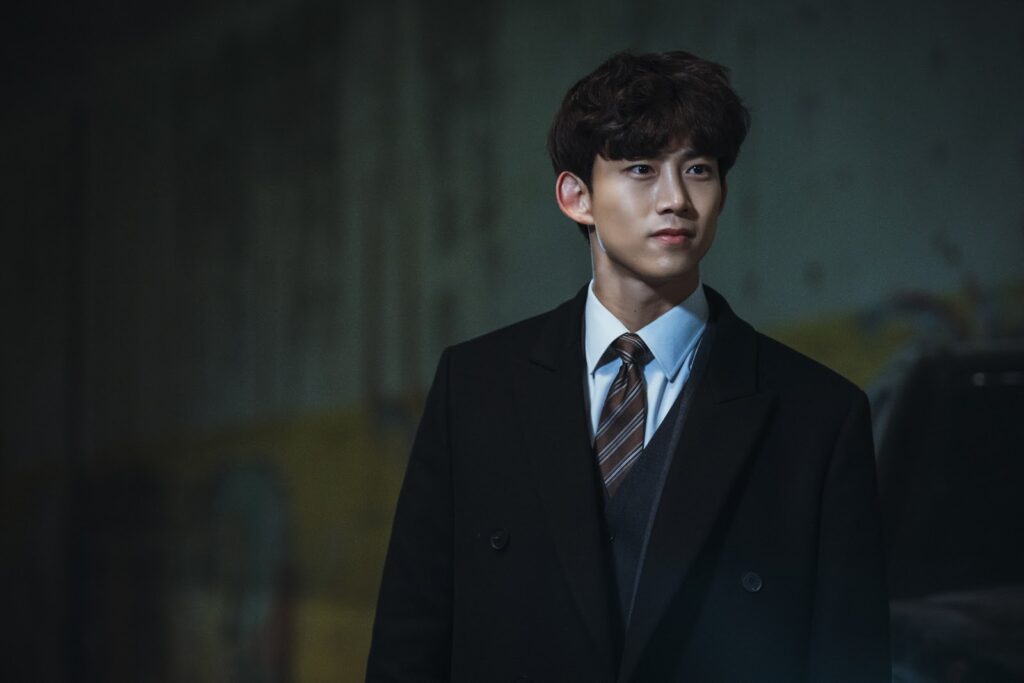 We know Jang Joon-woo is a force to be reckoned with but it was both surprising and chilling to see him whack a prosecutor to almost immediate death. It even shocked his brother and his lawyers. He also had Gil Jong-moon and the people protecting him killed. However, the worst part was when he had the families of the victims murdered and made it look like a suicide. Jang Joon-woo is having fun while hiding his identity and playing god.

The question is – who will he eliminate next?

We’re only halfway through the series, so there’s bound to be more shocking developments ahead. Don’t miss out on the fun and watch Vincenzo, only on Netflix!

NATIONAL GEOGRAPHIC TO PREMIERE ITS FIRST-EVER GLOBAL COMPETITION SERIES, RACE TO THE CENTER OF THE EARTH