Webtoons, a type of digital comic, are very popular in Korea. In recent years, dramas being adapted from popular webtoons and web novels have become a lasting trend. It’s a tried and true formula where fun webtoons transform into entertaining shows. Check out some of the most popular webtoon based K-dramas below! 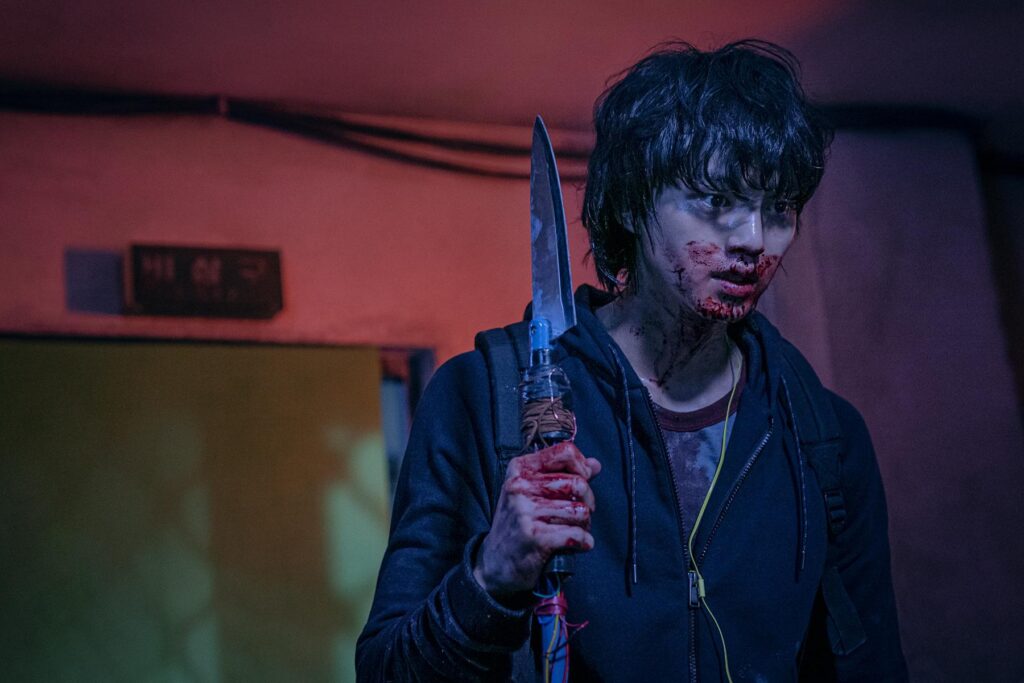 Sweet Home is the latest series to be adapted from a webtoon. It follows the story of troubled teen Cha Hyun-su (Song Kang) and his apartment neighbors struggling to survive and hold on to their humanity as humans become monsters. This monsterization stems from desires consuming humans which leads the neighbors to fight against monsters as well as their own desires. With a renowned director and solid ensemble cast, Sweet Home provides thrills and action while making you think about what it means to be human. 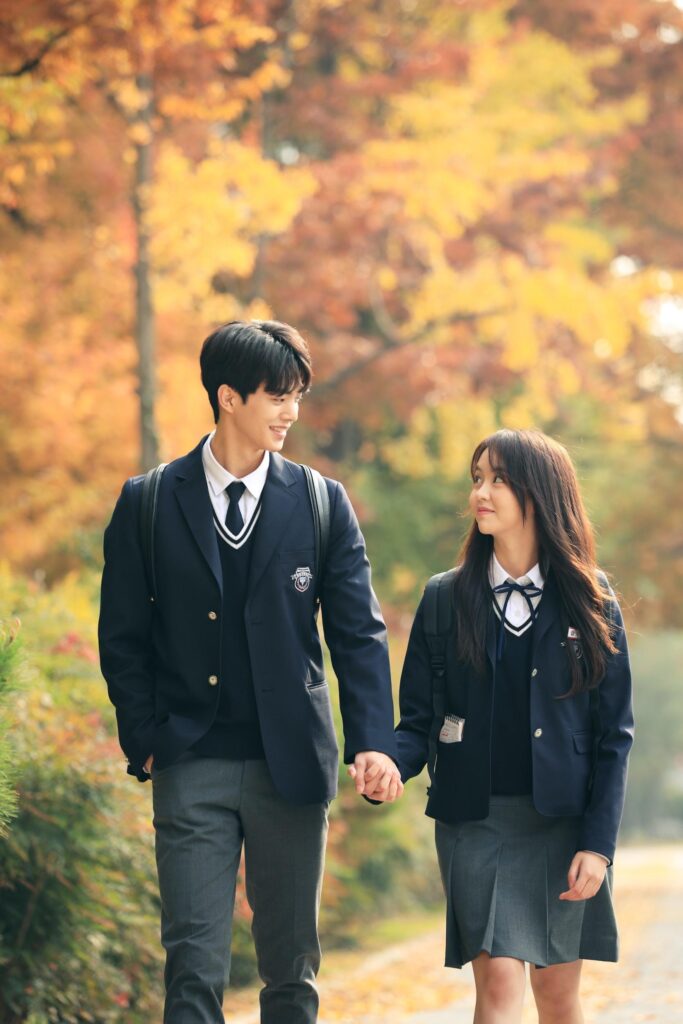 Also starring Song Kang, as a very different character, is Love Alarm. This series revolves around the Love Alarm mobile app which notifies users if anyone has romantic feelings for them within a 10-meter radius. Kim Jo-jo (Kim So-hyun) struggles with figuring out her feelings while also dealing with a tough situation at home and at school. With everything revealed by the app, Love Alarm showcases a youthful romance and the implications of this type of technology. Can’t wait for the second season! 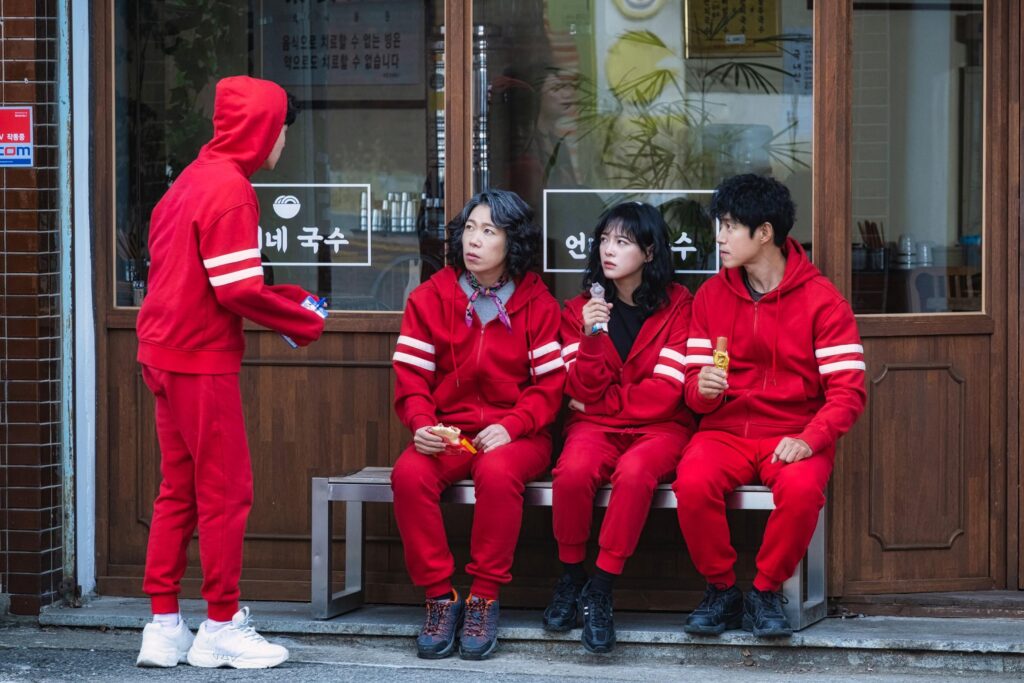 The Uncanny Counter is based on webtoon Amazing Rumor and tells the story of high school boy So Mun (Cho Byeong-kyu) who joins a group of demon-hunters called Counters. The Counters search for and fight evil spirits who possess human hosts and encourage them to kill. So Mun ends up battling bloodthirsty demons while discovering the truth behind the car accident that killed his parents. Full of action and heart, these unconventional heroes will move you. 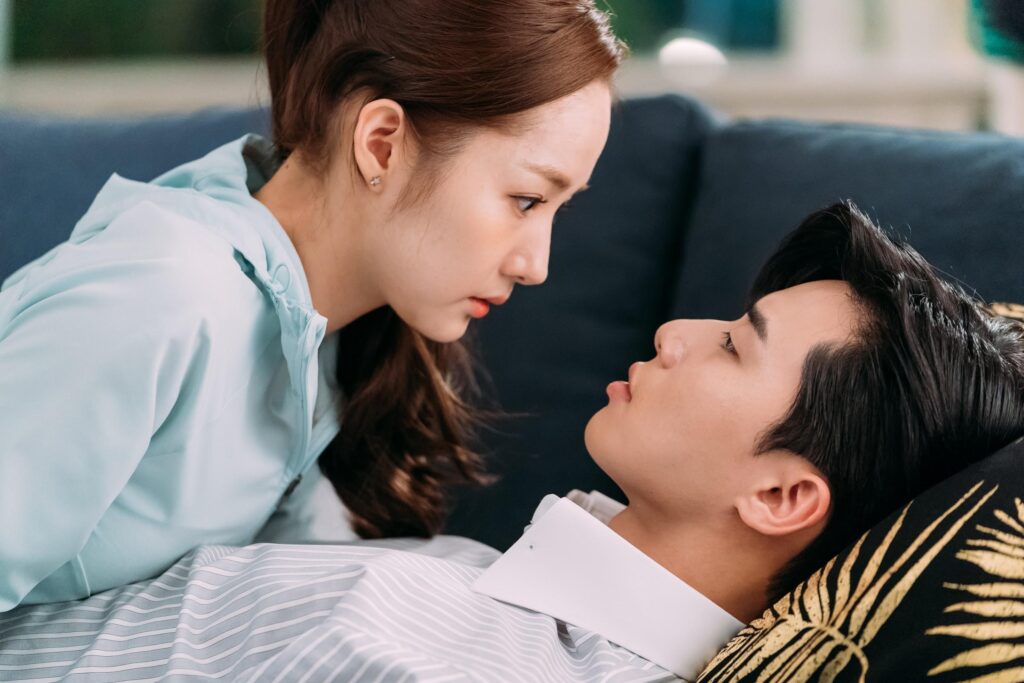 What’s Wrong With Secretary Kim is based on a novel that became a webtoon of the same name. The story begins with vainglorious executive Lee Yeong-jun (Park Seo-jun) being surprised by his highly capable secretary Kim Mi-so (Park Min-young)’s plans to resign. As he tries his best to prevent her from quitting, their relationship begins to change. Full of laughs and swoon-worthy moments, What’s Wrong With Secretary Kim is a feel-good rom-com that also incorporates some touching and healing turns for the leads. 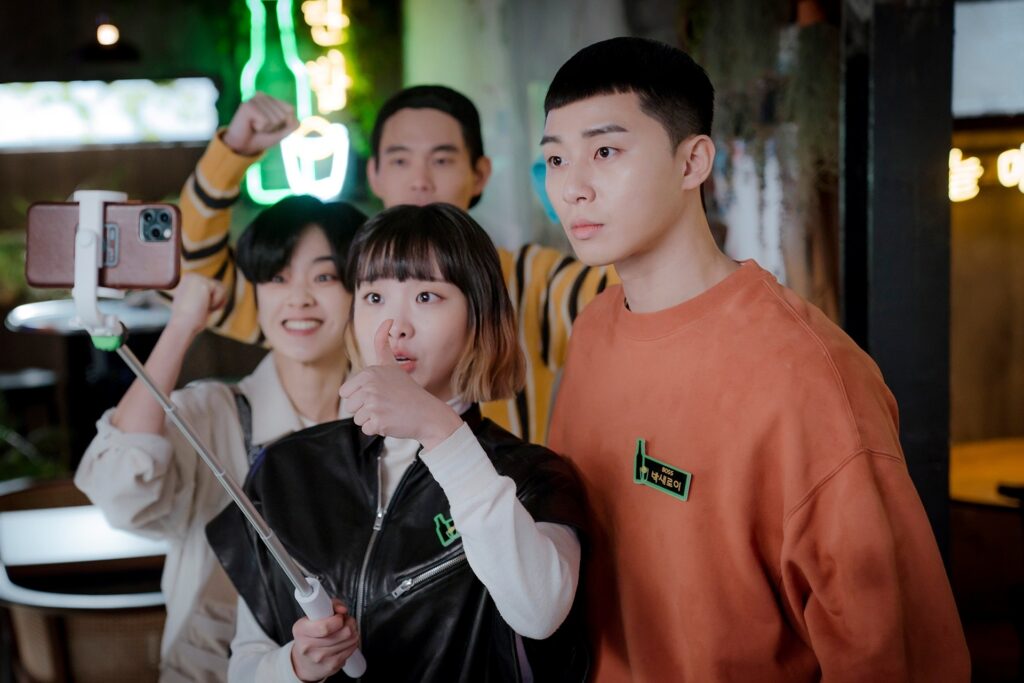 Park Seo-jun followed up What’s Wrong With Secretary Kim with a role as the main character in another popular webtoon based series. Itaewon Class follows the story of Park Saeroyi and his quest for success and revenge. As a high school student, Saeroyi gets expelled and experiences tragedy at the hands of Jangga Group CEO Jang Dae-hee (Yu Jae-myeong) and his son Jang Geun-won (Ahn Bo-hyun). Saeroyi rises from the ashes and seeks to become more successful than Jangga Group with the help of his DanBam restaurant crew. Likewise, fellow What’s Wrong With Secretary Kim lead Park Min-young followed up with Her Private Life. This rom-com is adapted from the web novel Noona Fan Dot Com which was turned into a webtoon as well. In the drama, Sung Duk-mi is a talented art curator who is also secretly a die-hard K-pop fan. She tries to keep her private life separate from her work life, but gets entangled with the new director Ryan Gold (Kim Jae-wook). The pair pretend to date to ward off rumors, but sparks begin to fly.

My ID Is Gangnam Beauty 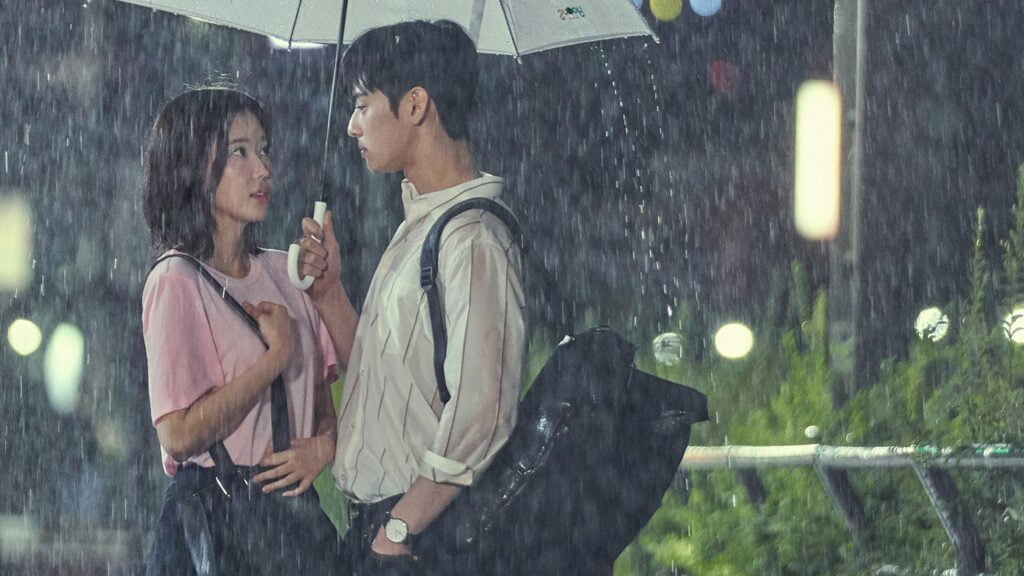 My ID Is Gangnam Beauty centers around college student Kang Mi-rae and her decision to get cosmetic surgery after being bullied for her looks. However, she faces new challenges in college because of her cosmetic surgery. Dealing with superficial beauty standards and discrimination based on physical appearance, the series shows Mi-rae’s journey in recovering her self-esteem as she gets to know her classmate Do Kyeong-seok (Cha Eun-woo). 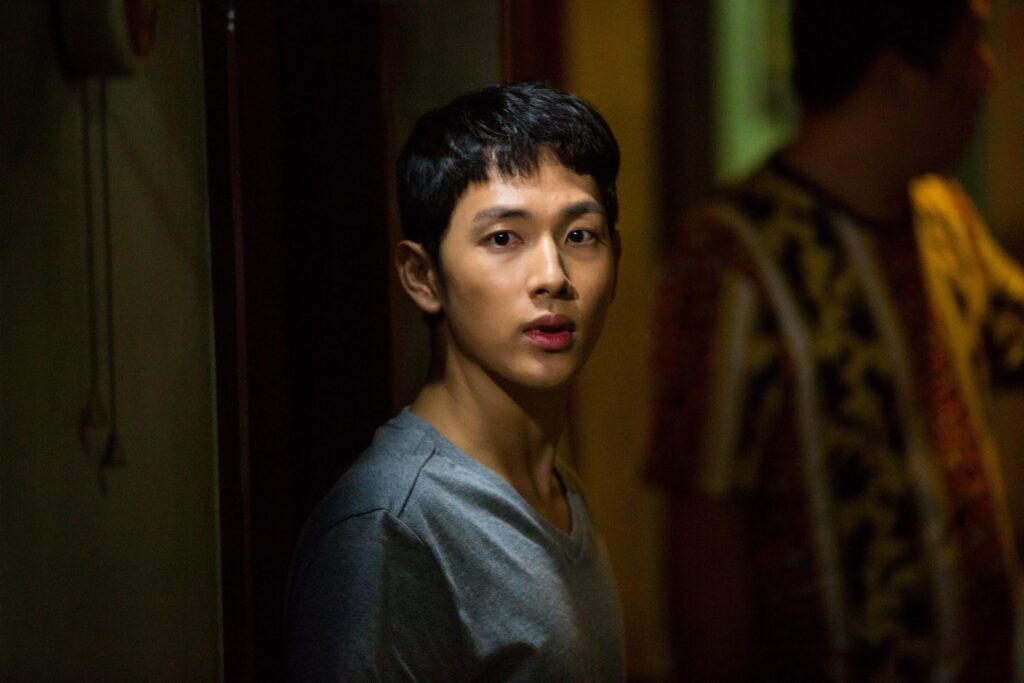 Strangers From Hell is a thriller about aspiring writer Yoon Jong-u (Yim Si-wan) and the unpleasant events that occur after he moves into a cheap apartment building. His abnormal neighbors are unsettling and he begins to fear them as mysterious occurrences take place. While his dentist neighbor Seo Mun-jo (Lee Dong-wook) appears friendly and normal at first, Jong-u realizes that everyone is not as they seem. He struggles to survive while trying to find a way out of the hellish building. 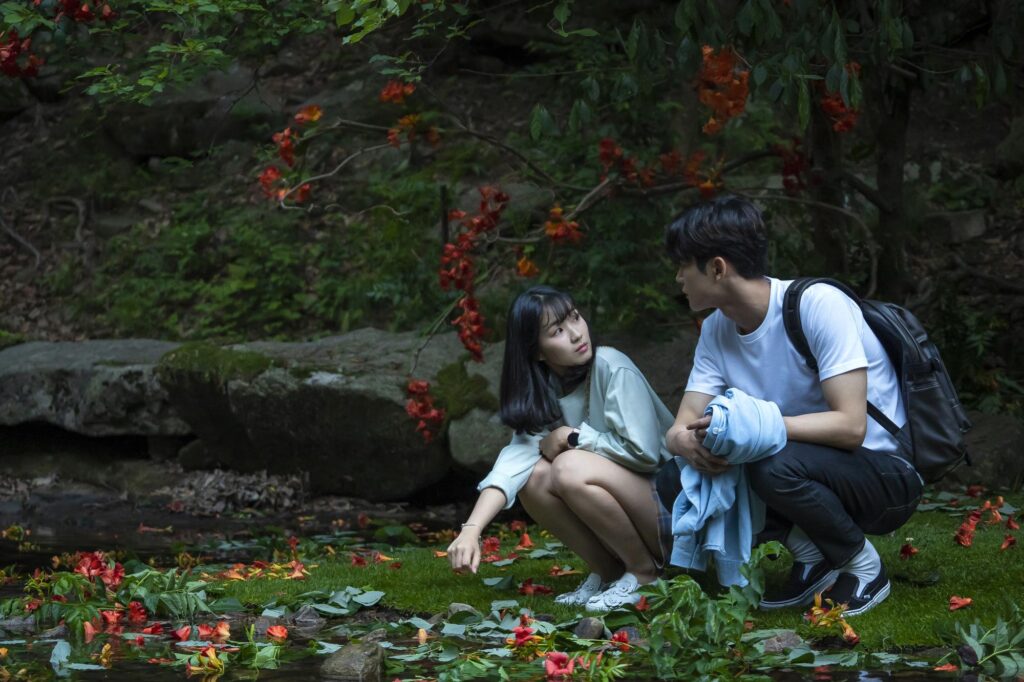 Extraordinary You is adapted from the webtoon July Found by Chance and focuses on high school student Eun Dan-o (Kim Hye-yoon). One day she discovers that she and everyone else are characters in a comic book. After becoming aware that she’s a side character in a made-up world, Dan-o decides to choose her own destiny. She meets a nameless student (Rowoon) and they work together to change the story’s plot as well as their destinies. 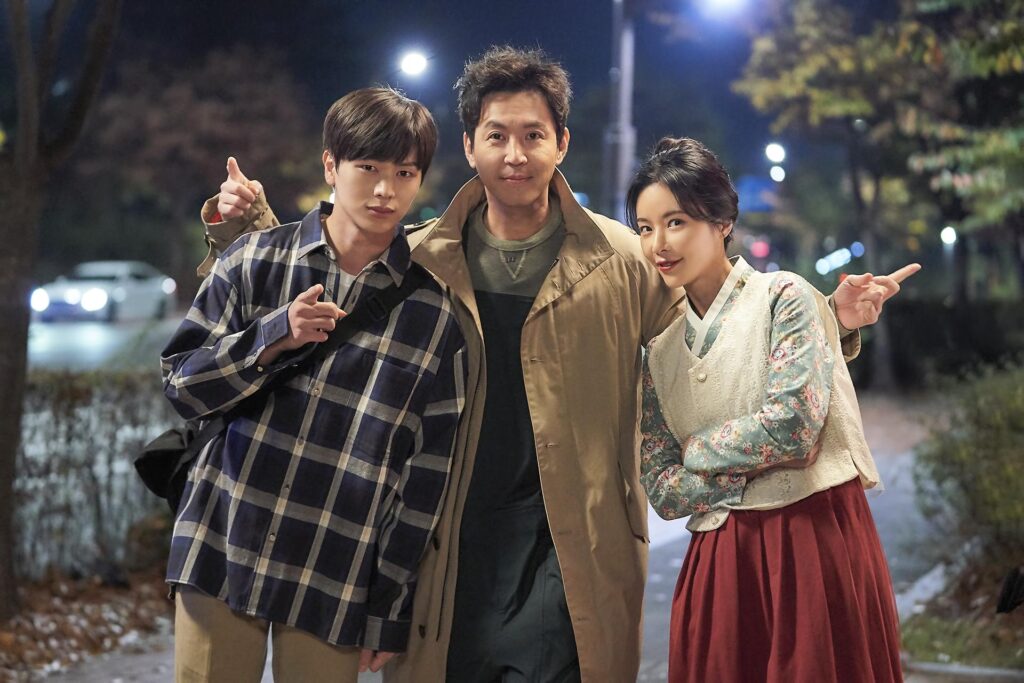 Mystic Pop-up Bar is adapted from the webtoon Twin Tops Bar. The series is about a mysterious pop-up bar run by hot-tempered Weol-ju (Hwang Jung-eum), former afterlife detective Guibanjang (Choi Won-young), and part-time employee Kang-bae (Yook Sung-jae). They help customers resolve their problems by entering their dreams. While helping out customers, they also work on getting rid of Kang-bae’s unique ability of making people confess the truth when he makes physical contact with them. 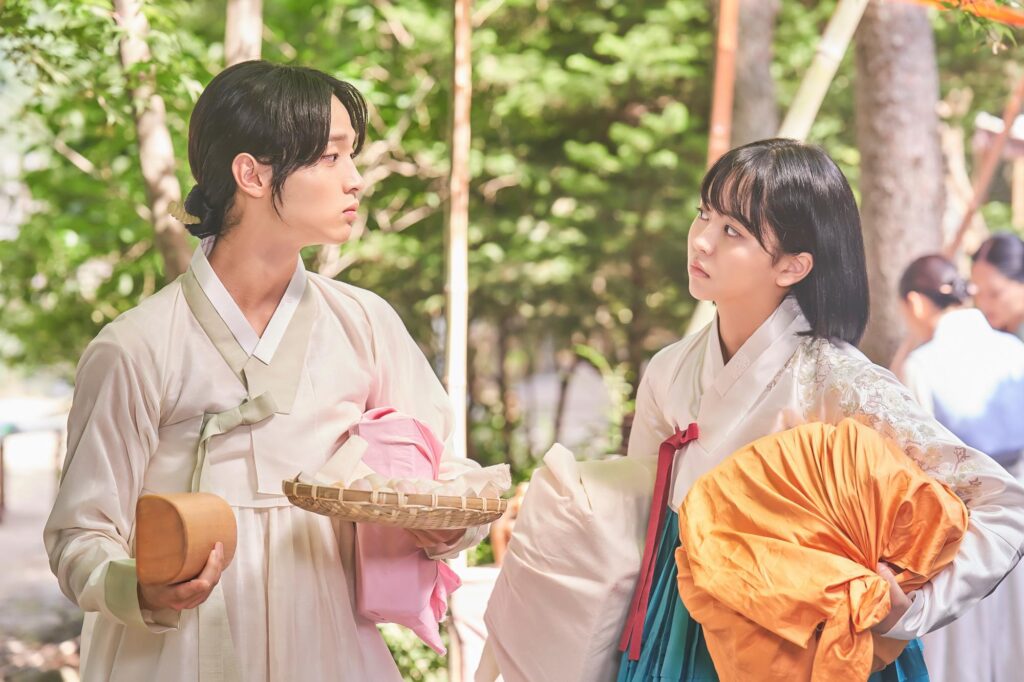 The Tale of Nokdu is about a man named Nok-du (Jang Dong-yoon) who disguises himself as a woman in order to enter a women-only village in order to evade assassins. While in hiding he tries to uncover the truth about his birth. In the village, he becomes close to Dong-ju (Kim So-hyun) who is pursuing revenge for her family. In the process, they uncover the secret behind the mysterious village and fight for their lives.

Cheese in the Trap 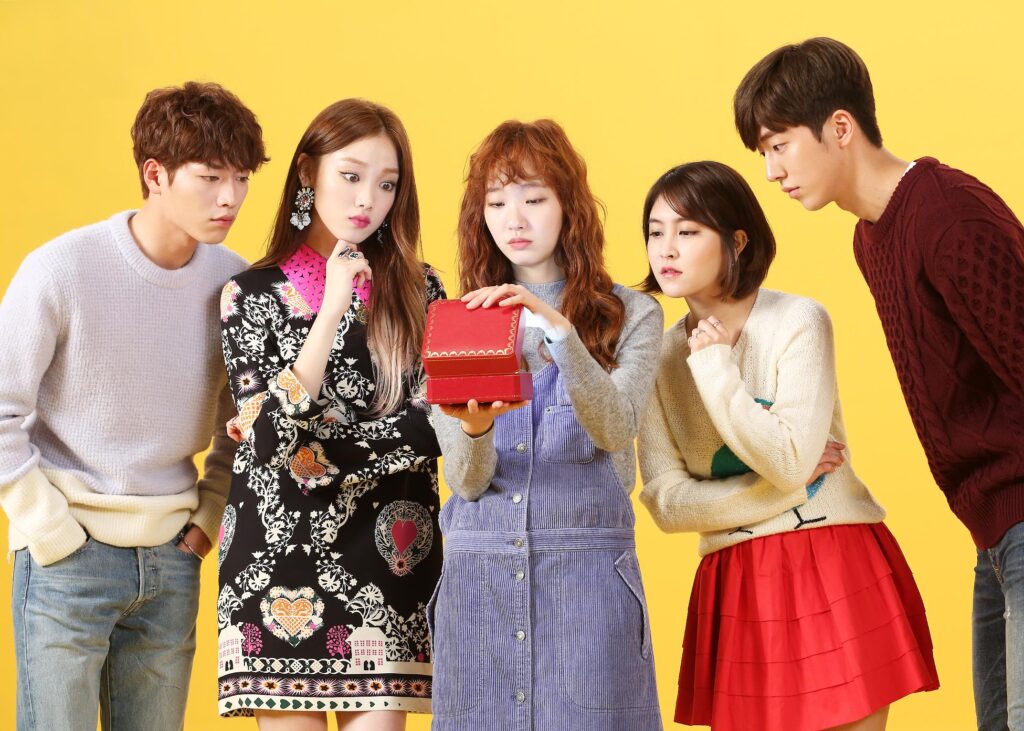 Webtoons can often run on for many years and are not always completed when a drama adaptation is created. This was the case for Cheese in the Trap which was filmed before the webtoon ended. The series shows the lives and relationships of a group of university students including main character Hong Seol (Kim Go-eun). She starts to realize that popular upperclassman You Jeong (Park Hae-jin) has a secret dark side to his personality. In spite of this, they begin to fall for each other.

Love in the Moonlight

Love in the Moonlight is adapted from the web novel Moonlight Drawn by Clouds. It tells the coming-of-age story about Crown Prince Lee Yeong (Park Bo-gum) who is transitioning from boyhood to becoming a monarch. He comes across Hong Sam-nom (Kim You-jung) who has lived her whole life as a man. She ends up becoming a eunuch at the palace despite her plans otherwise. The crown prince, believing her to be a man, becomes confused about his feelings for Sam-nom. Amidst the romance, the characters must deal with political unrest and dangers.

The Scholar Who Walks the Night 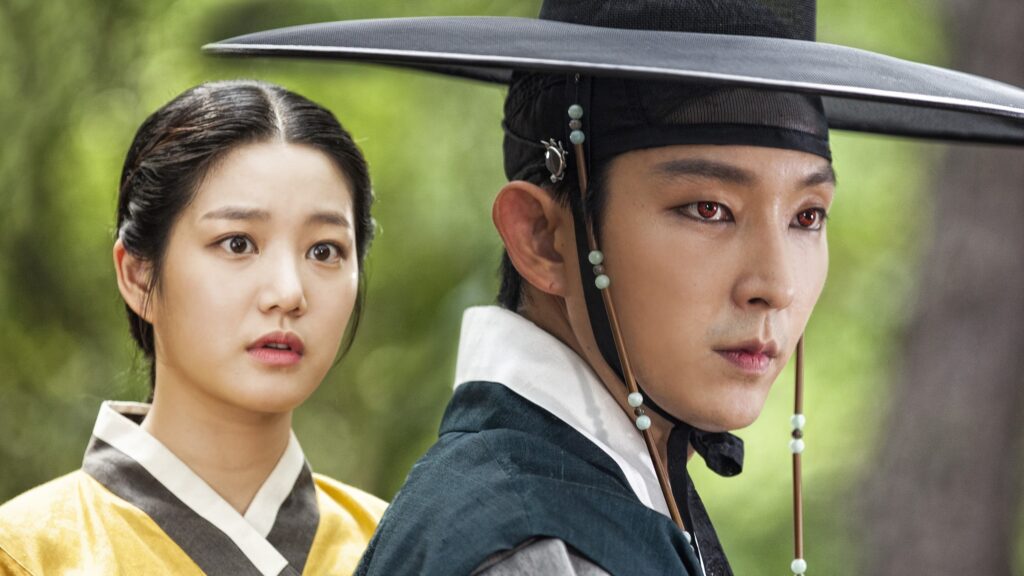 The Scholar Who Walks the Night is based on a manhwa set in an alternate Joseon dynasty where vampires exist. Scholar Lee Sung-yeol (Lee Joon-gi) is a guardian vampire who maintains order amongst vampires. He works with Jo Yang-sun (Lee Yu-bi) in search of a document that provides the key to killing Gwi (Lee Soo-hyuk), a powerful vampire who controls the royal court. The series mixes historical and supernatural genres resulting in a unique vampire K-drama. 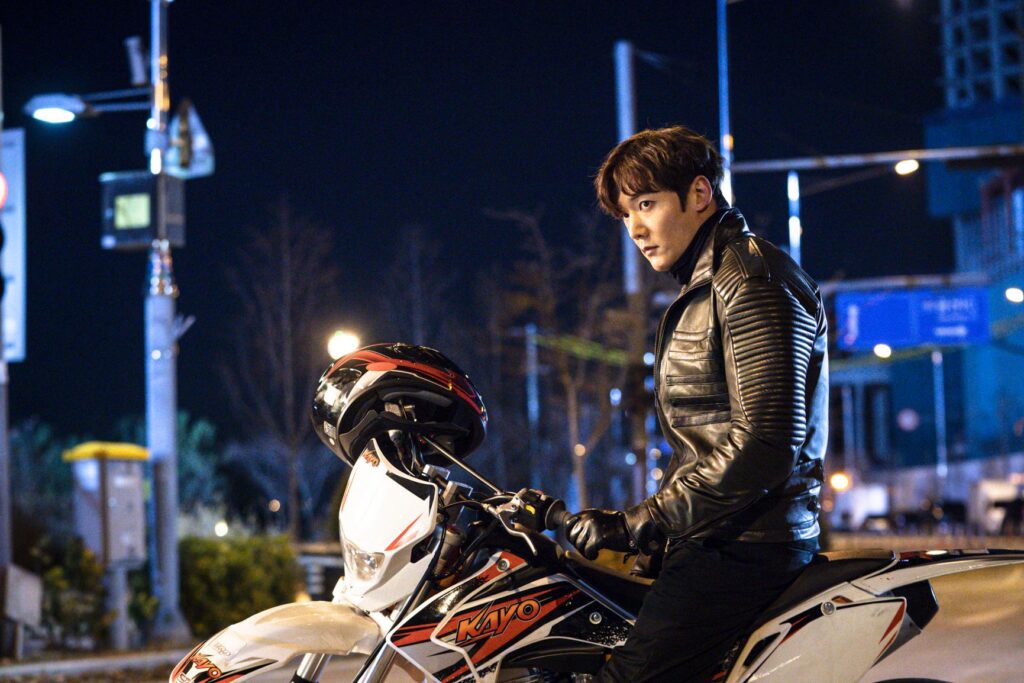 Rugal centers on police detective Kang Gi-beom (Choi Jin-hyuk) who attempts to take down a criminal organization called Argos. Unfortunately, Argos kills his wife and child while blinding and framing Gi-beom for the murders. Gi-beom later joins a special task force called Rugal and gains special abilities through biotechnology. Equipped with special artificial eyes, Gi-beom seeks to clear his name and get justice.

There are more webtoon based dramas coming soon! Upcoming Netflix original series D.P. is about a military unit that tracks down AWOL soldiers. With a solid cast including Jung Hae-in, Koo Kyo-hwan, Kim Sung-kyun, and Son Suk-ku, there is much anticipation for the series especially considering that the original webtoon writer Kim Bo-tong collaborated on the screenplay.

Another Netflix original series based on a webtoon to look forward to is Hellbound! Directed by Train to Busan director Yeon Sang-ho, Hellbound will show a world where supernatural creatures appear and drag humans to hell. Top-notch actors Yoo Ah-in, Park Jeong-min, Kim Hyun-joo, and Won Jin-ah make up the main cast. There’s so much to look forward to!

Which of these webtoon based K-dramas are your favorites? Check them all out on Netflix!