2020 was a rough year for everyone, but it was a year full of amazing K-dramas that made us laugh, cry, and hope for a better future. From super romantic stories about a crash landing to a heartwarming friendship between doctors, there was something for everyone. Let’s take a look back on all of the wonderful K-dramas that brightened up 2020.

Hot Stove League might have flown under your radar, but you don’t need to be a baseball fan to appreciate the story. The Dreams are a professional baseball team who have been last place in the league for several seasons. New general manager Baek Seung-soo (Namkoong Min) steps in to transform them despite having zero experience managing a baseball team. While the heartwarming underdog premise might sound familiar, the intriguing character of Baek Seung-soo prevents it from being typical. Furthermore, the show won Best Drama at the 65th Baeksang Arts Awards!

Crash Landing on You 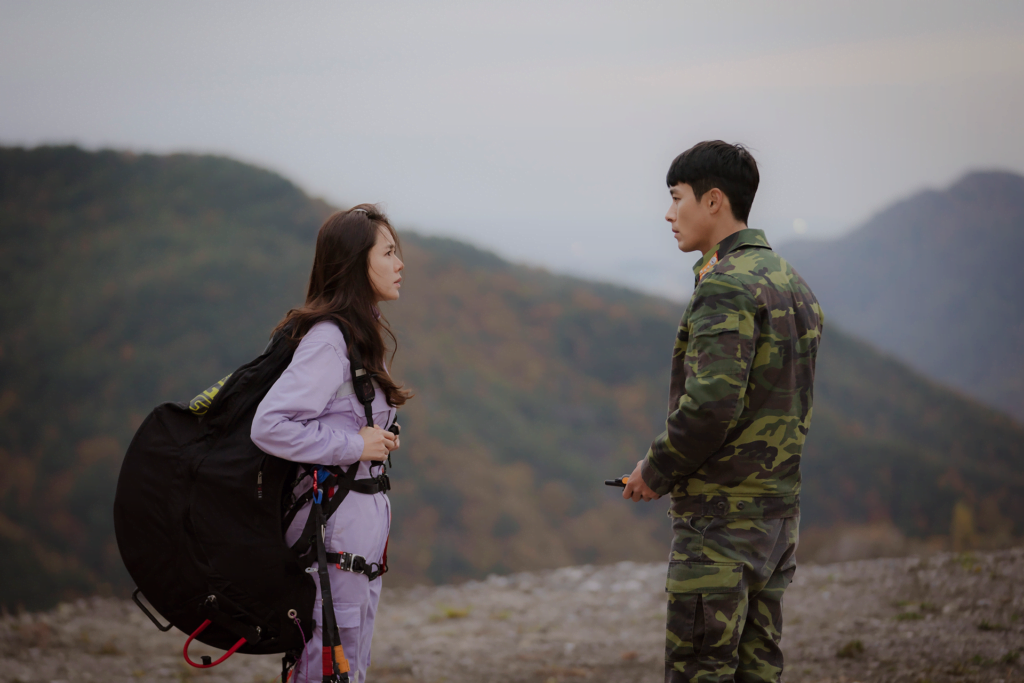 Crash Landing on You was a spectacularly addictive tale of love and friendship across the two Koreas. The border-defying romance between Yun Se-ri (Son Ye-jin) and Ri Jeong-hyeok (Hyun Bin) provided us with the perfect escape from reality. Both heartbreaking and hilarious, it provides everything you want from a drama. Full of incredible chemistry and funny characters, this is the stuff that can change a non-K-drama fan’s mind. In addition, it provided some insight into what life in the closed-off nation might look like. 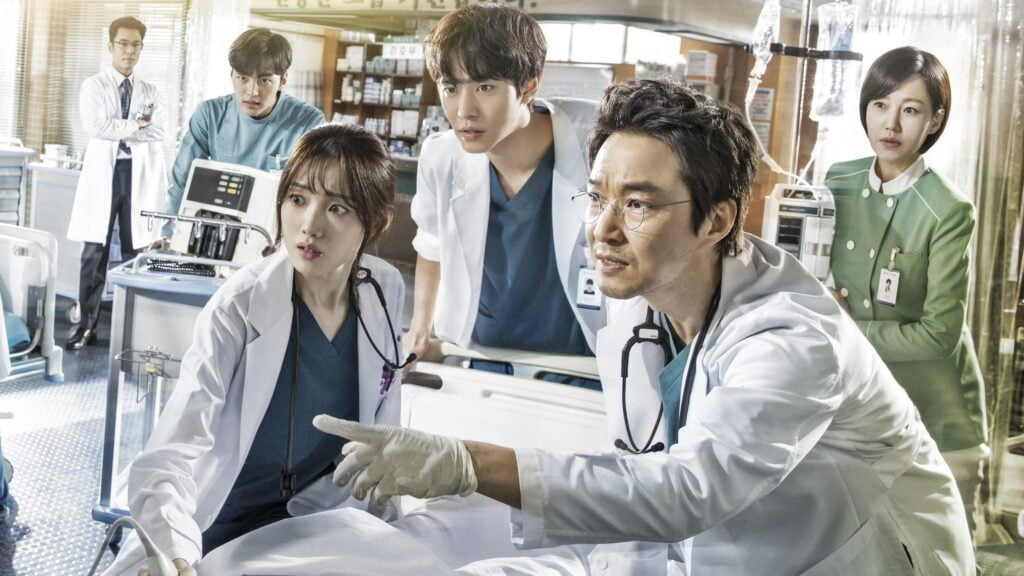 Popular series Dr. Romantic returned for its second season and it didn’t disappoint! The return of Teacher Kim (Han Seok-kyu) and familiar faces at Doldam Hospital brought more interesting medical stories. This time around, Teacher Kim mentors Seo U-jin (Ahn Hyo-seop) and Cha Eun-jae (Lee Sung-kyoung), helping them with their struggles and building their skills. Dr. Romantic S2 brought back some nice nostalgia as well as some romance amidst the touching stories. 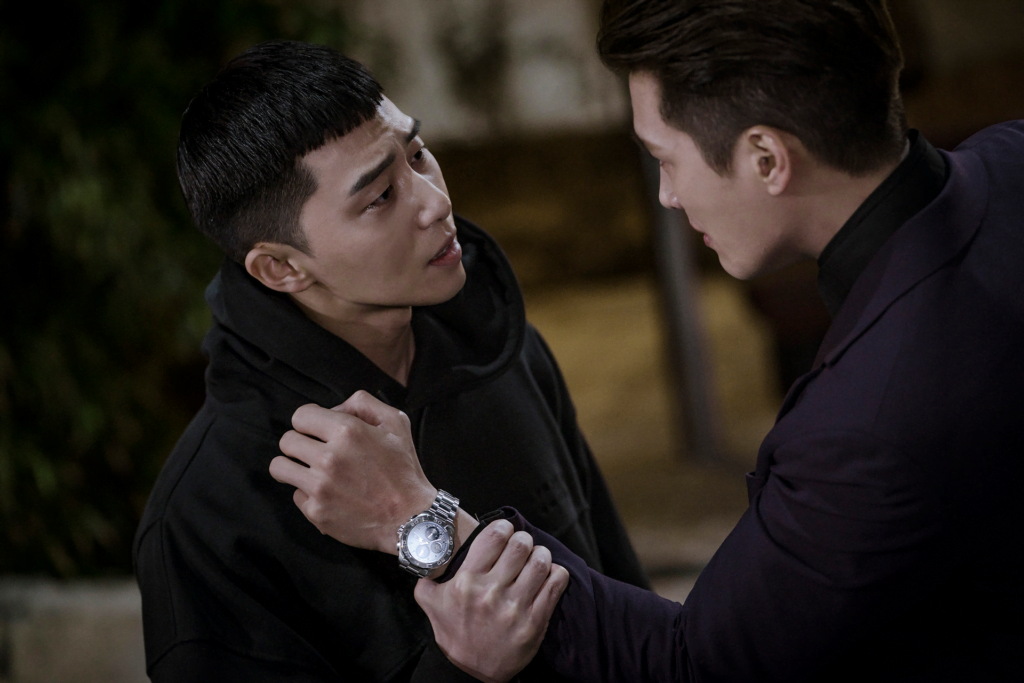 Itaewon Class was the underdog revenge story of the year. You couldn’t help but root for Park Saeroyi (Park Seo-jun) who was terribly wronged by the father and son of food corporation Jangga Group. Park Saeroyi steadfastly sticks to his plans of beating them with his own restaurant and company. Plus, Itaewon Class also had the most diverse cast of the year. Touching upon some prejudices not often discussed in K-dramas, the story had a whole lot of heart as you cheer on Park Saeroyi and his DanBam family. 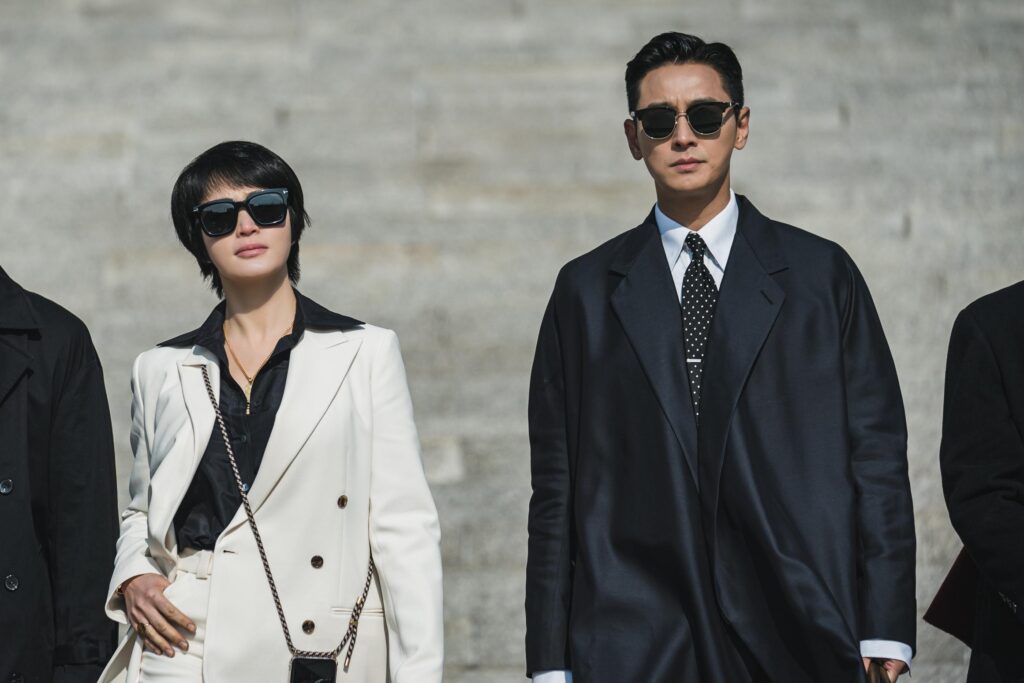 Hyena pits two rival lawyers against each other who also have very intense chemistry. Jung Geum-ja (Kim Hye-soo) is a street-savvy lawyer with many tricks up her sleeve while Yoon Hee-jae (Ju Ji-hoon) is a hotshot lawyer from a family of judges and prosecutors. They’re a bit morally gray as they defend their wealthy clients. These main characters are refreshingly different from stereotypical “perfect” or “genius” characters we often see in K-dramaland. Flawed yet likeable, these lawyers do pursue the truth, justice, and love.

Hospital Playlist was the feel-good drama surrounding five doctor friends we sorely needed. Full of comedy, stories about their lives within and outside the hospital they all work in were heartwarming and entertaining. The strong bond of friendship is apparent as we see the group in the past and present. Its messages about life and love gave off a lovely therapeutic effect. With a nostalgic OST to boot, it was a delightful opportunity to hear some of the talented actors sing. Can’t wait for more camaraderie and fun from the upcoming second season!

The first season of historical zombie series Kingdom was so epic, stunning, and satisfying. And it got even better with the second season!  All of the action comes to a head as Crown Prince Lee Chang (Ju Ji-hoon) faces his opponents and the ever-growing hordes of zombies. Full of thrills, gore, and twists, this season was scintillating from beginning to end. The show also made The New York Times’ Best TV Shows of 2020 list! Can’t wait for more and definitely excited for Kingdom: Ashin of the North.

The World of the Married 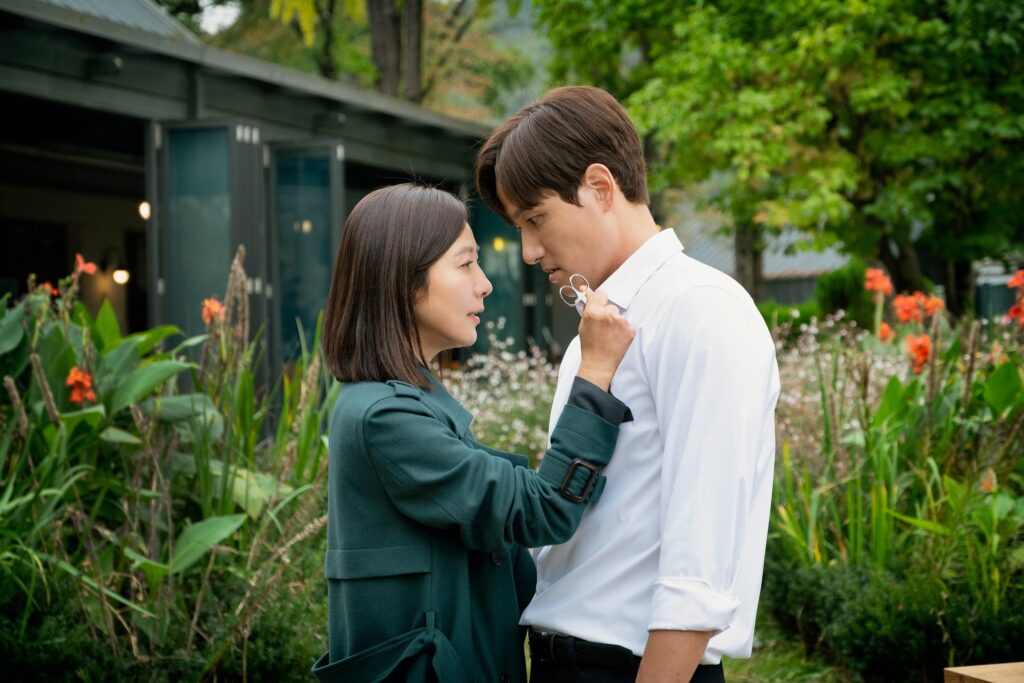 Depicting complex tales of love and betrayal, The World of the Married became the highest-rated drama in Korean cable television history and generated much buzz. The twisted story shows the seemingly perfect marriage between doctor Ji Seon-u (Kim Hee-ae) and filmmaker Lee Tae-o (Park Hae-joon) fall apart as Seon-u discovers Tae-o’s extramarital affair. While the engrossing series focuses on infidelity and revenge, it’s also a psychological thriller. You can’t tear your eyes away from the characters’ lives spiraling out of control. Furthermore, The World of the Married won Best Director and Best Actress at the 56th Baeksang Arts Awards.

The King: Eternal Monarch marked the grand return of popular actor Lee Min-ho who stars as Emperor Lee Gon of the Kingdom of Corea. Featuring a love story that crosses parallel worlds, this show provided a welcome escape from our real world. Lee Gon seeks to prevent havoc from occuring in the parallel worlds and confronts his sinister uncle. With dreamy cinematography and interesting dual characters, The King: Eternal Monarch was an entertaining watch enjoyed by many fans.

Extracurricular made an impactful premiere with its dark yet unusual tale of a high school student running an illegal business. Forget all of the high school dramas you have seen thus far, Extracurricular tackles taboo topics and touches upon various social issues. Main characters including Oh Ji-soo (Kim Dong-hee) and Park Gyu-ri (Park Ju-hyun) choose a path of crime and face the harsh consequences. While breaking free of typical high school drama expectations, the show captivates and leaves you with many thoughts. It’s Okay to Not Be Okay is the only other K-drama to make The New York Times’ Best TV Shows of 2020 list (in addition to Kingdom). This series expertly crafted a moving romance while addressing mental health in a beautiful dark fairy tale-esque journey. Kim Soo-hyun, Seo Yea-ji, and Oh Jung-se each portray their magnetizing characters dealing with deep-rooted trauma and growing from it.  While relaying the message that it’s really okay to not be okay, the show gives us fun and romance to enjoy as well.

Stranger S2 brought back righteous duo Prosecutor Hwang Si-mok (Cho Seung-woo) and Senior Police Inspector Han Yeo-jin (Bae Doo-na). This time around, the pair deal with some changes and find themselves at opposite ends as the prosecution and the police butt heads. Despite the fight over investigative authority, our main characters continue to confront injustice and corruption. Stranger S2 successfully weaves a complex storyline that is well-written and well-acted.

The School Nurse Files is a delightfully quirky series about school nurse Ahn Eun-young (Jung Yu-mi) and the curious world of jellies she is privy to. She’s joined by teacher Hong In-pyo (Nam Joo-hyuk) as they try to protect students from harmful jellies. Ahn Eun-young is an eccentric and reluctant hero who fights jellies with unconventional tools, but the coming-of-age story is familiarly heartwarming. Definitely a creative show that will show you something you’ve never seen before and leave you with a smile on your face. 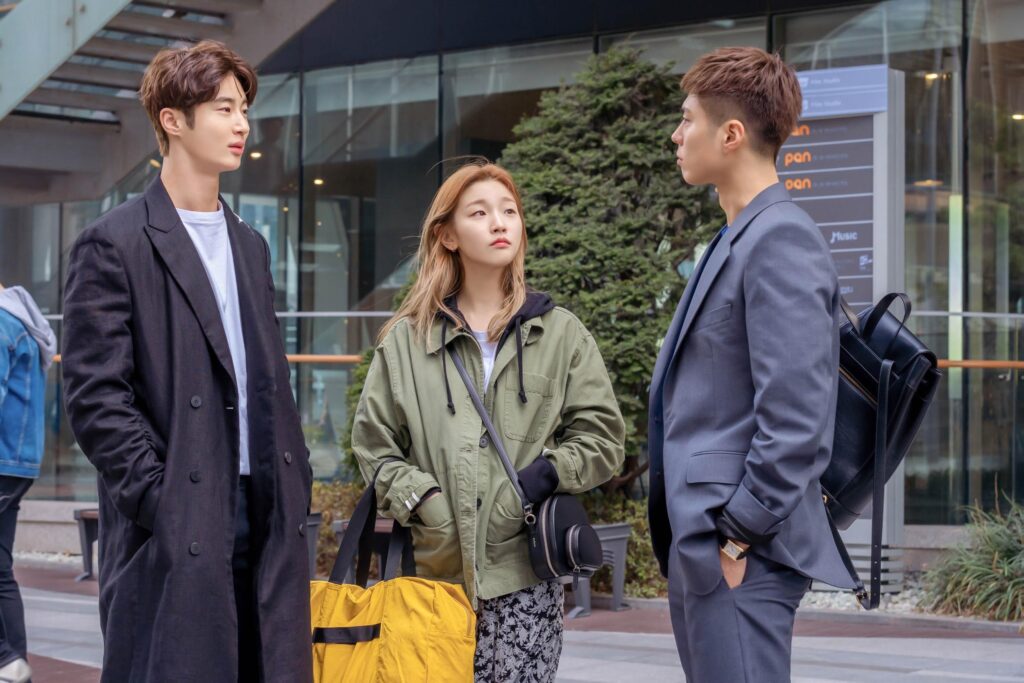 Record of Youth depicted the lives of model turned actors Sa Hye-jun (Park Bo-gum), Won Hae-hyo (Byeon Woo-seok), and makeup artist An Jeong-ha (Park So-dam). They’re young, hopeful, and go through many trials as they pursue love and their dreams. It offers a relatable look at what youths struggle with today from family conflict to mistreatment at the workplace. Record of Youth feels homey and delivers heartwarming messages that comfort. 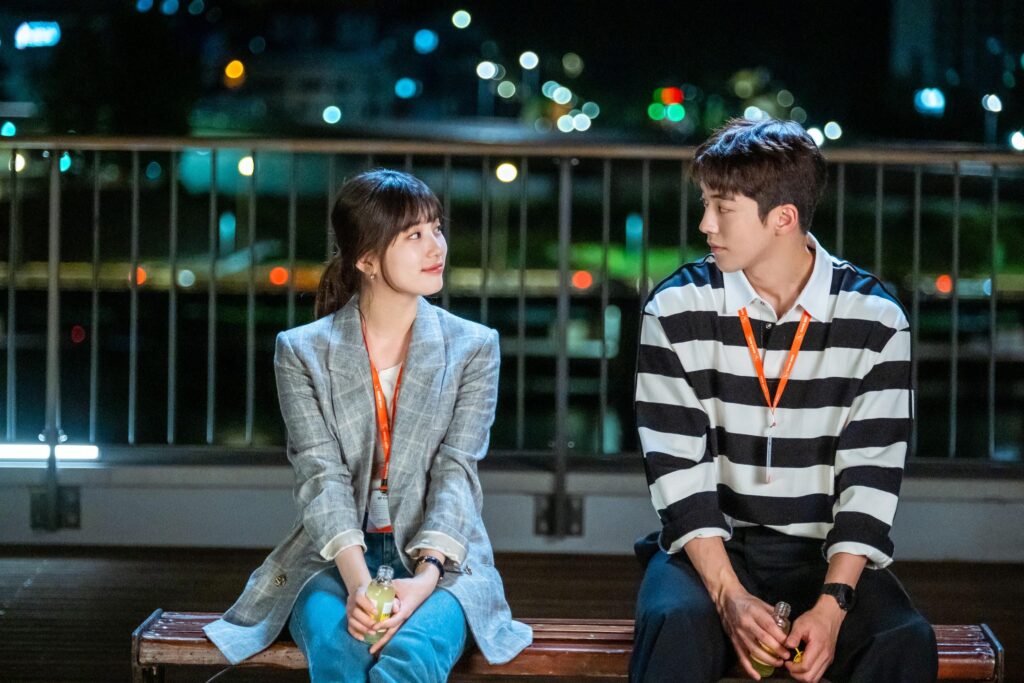 Start-Up centers on Seo Dal-mi (Bae Suzy) and Nam Do-san (Nam Joo-hyuk) who are young entrepreneurs trying to make their dreams into reality while surviving in the cut-throat tech industry. In addition to the swoon-worthy romances and funny moments, the show offers an interesting view of the world of tech companies. The rom-com presented one of the best love triangles of the year resulting in viewers being torn between Nam Do-san and Han Ji-pyeong (Kim Seon-ho). Familiar yet fresh, you’ll find yourself getting invested and firmly rooting for one of the potential suitors.

Catch all of these amazing K-dramas and more, on Netflix!