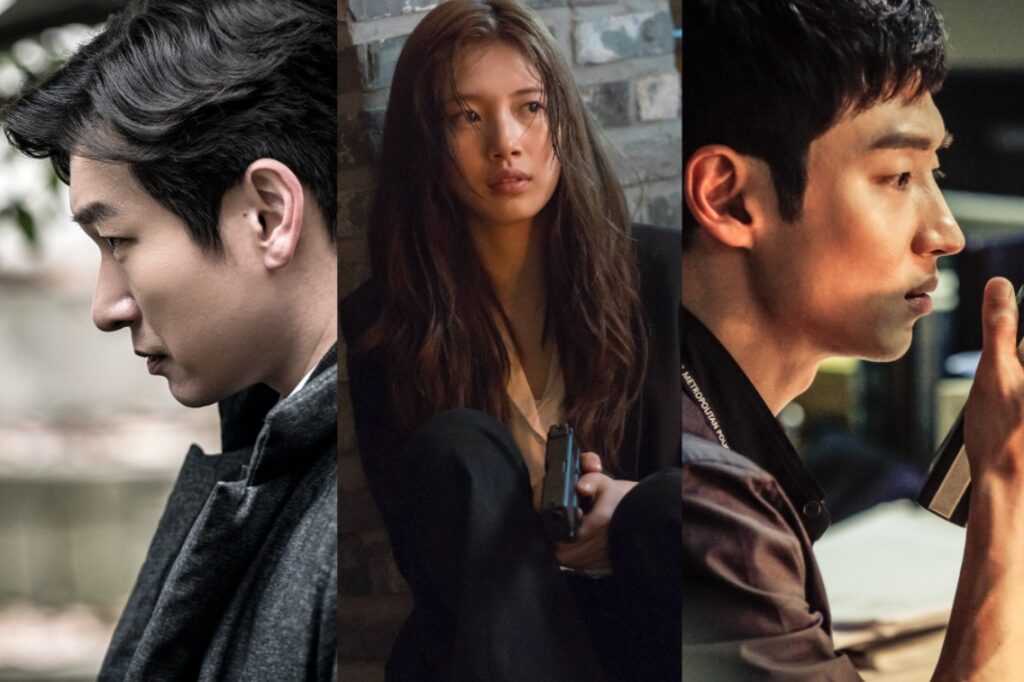 Suspenseful shows are full of intrigue and twisty turns that are bound to make your heart race with excitement. They’re so thrilling that you can’t wait to find out what happens next. Here are some gripping shows you’ll enjoy:

Stranger is back with a second season! The first season shows prosecutor Hwang Si-mok (Cho Seung-woo) and lieutenant Han Yeo-jin (Bae Doo-na) join forces in solving a murder case. With its signature mind-bending twists and turns, the second season is also full of thrills with the duo working together to uncover intertwined cases. Watch both seasons for double the suspense.

Signal features unique crime solving with profiler Park Hae-yeong (Lee Je-hoon) from 2015 communicating via walkie talkie with detective Lee Jae-han (Cho Jin-woong) who is living in 1989. Completing the trio is detective Cha Su-hyeon (Kim Hye-soo) who is a rookie in 1989 and a veteran in 1989. There’s another layer of mystery as Lee Jae-han mysteriously disappears in the year 2000. This drama that transcends time will definitely be worth your while.

Save Me is a thriller surrounding friends (including Woo Do-hwan and Taecyeon) who try to help their former classmate Im Sang-mi (Seo Yea-ji) whose family gets wrapped up in a religious cult. The creepy cult leader focuses on Sang-mi as she struggles to escape. There’s tons of tension and suspense as things get crazier and spiral out of control. The amount of control the cult holds over its followers is an accurate, scary representation of cult brainwashing and manipulation.

Doctor Prisoner will capture your attention with its vengeance and mind games. Na I-je (Namkoong Min) loses his position as a prominent doctor at a major hospital when he becomes a scapegoat for higher-ups. He decides to work at a prison hospital in order to get revenge against the rich and powerful. With anti-heroes and plenty of deception, you’ll be enthralled!

Bad Guys presents two detectives working with three criminals: a gangster, a serial killer, and a contract killer, to catch other criminals. Fast-paced with engaging cases and back stories for the main characters, you’ll be entertained with every episode. Dark and gritty, there’s plenty of enjoyable badassery too.

Voice shows detective Mu Jin-hyeok (Jang Hyuk) and policewoman Kang Gwon-ju (Lee Ha-na) working together to catch the serial murderer who killed their loved ones. As a part of the Golden Time Team, they take advantage of Gwon-ju’s exceptional hearing ability in order to solve crime. With a spectacularly chilling villain, your eyes will absolutely be glued to your screen.

Strangers From Hell is an eerie psychological thriller that reveals how society and people can have sinister effects on one’s mentality. Yun Jong-u (Im Si-wan) moves into a cheap apartment and is wary of the questionable residents. Strange and unpleasant events surround the apartment and its tenants, resulting in a very engrossing story.

Tunnel revolves around detective Park Gwang-ho (Choi Jin-hyuk) who is trying to solve a serial murder case in 1986. While chasing the suspect in a tunnel, he is attacked and wakes up in 2016. He meets new partners and they try to solve the case together. While serial murder is a dark subject, Tunnel provides some humorous and heartfelt moments.

The Guardians brings together a group of vigilantes including a prosecutor, a police officer, a hacker, and a surveillance camera whiz. They work together as they pursue justice after losing their loved ones. In particular, Jo Su-ji (Lee Si-young) is looking for the truth behind her young daughter’s death. With the crew taking the law into their hands and encountering difficult situations, The Guardians is quite action-packed.

If you’re looking for more action, 2 Weeks will be a good match! Jang Tae-san (Lee Joon-gi) finds out he has a daughter with leukemia and that he’s a match for her as a donor. Unfortunately, he becomes framed for committing murder. This forces him to become a fugitive so he can flee from authorities for two weeks before returning to save his daughter’s life. The heartwarming story in addition to the action makes for a winning combination!

Vagabond is quite captivating and full of suspense. Makes sense with Cha Dal-geon (Lee Seung-gi) being a stuntman and Go Hae-ri (Bae Suzy) being a National Intelligence Service agent. Tragedy strikes with Dal-geon’s nephew dying in a fatal plane crash. However, Dal-geon begins investigating when he realizes someone survived the crash and it may not have been an accident. You can also enjoy scenic views as some episodes were filmed in Morocco!

SKY Castle boasts a different type of suspense from the other dramas on this list. It centers around four very wealthy families and the education of their children. The parents are extremely competitive and obsessed with making sure their kids get into one of the top three universities in Korea. With so much pressure placed on the students, they struggle and crack. You’ll be enraptured by the unconventional K-drama for sure!

With long weekends/public holidays coming up, it’s a great time to add these thrillers to your Netflix watchlist and settle in for a thrilling day/night!